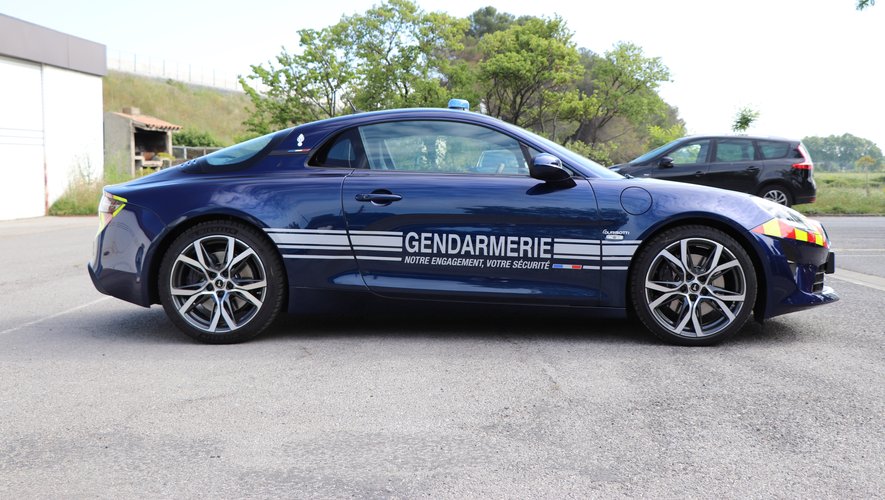 A few months after its delivery, an Alpine A110 from the gendarmerie has already been taken out of service. The fault of a road accident on a highway in the Meuse. Explanations.

The Alpine A110 Gendarmerie has just experienced its first road trip. Since the deliveries to the various brigades, this is the first accident of the type officially recorded. These real racing cars allow officers to carry out interceptions at very high speeds.

It was a motorist traveling on the A4 motorway near Fresne en Woëvre (Meuse) who was able to observe the accident, reports Actu. The latter took a photo of the Alpine A110 of the gendarmes in a very bad posture. Posted on social networks, the photo made the buzz. You can see the police car in the background, all four wheels in the air, and two traces of braking.

On Twitter, the deputy general manager of the brand did not fail to comment on the accident and to recommend real training for the gendarmes. “The Alpine is easy to drive, but from a certain speed, the gendarmes should be really trained…”, he launched.

The exact circumstances of the accident were still not known on Sunday July 31. However, according to initial information from l’Argus, it would be a car from the brigade of the Verdun motorway platoon in the Meuse. These cars are regularly used by the gendarmes for the fight against serious traffic offences.

The cars have been delivered to 26 French departments since the start of the year. They constitute the progressive renewal of the fleet of French gendarmes. In Hérault, the EDSR 34 is in charge of driving the car.

“The mission of the rapid intervention team is to manage all rapid interventions. It has two seasoned pilots who have received specific training with extremely thorough selections. In the Hérault, they are moreover the only two pilots qualified to drive this Alpine in an operational situation”, explained in May the commander Sébastien Bruche at the head of the EDSR 34 to Free lunch.

And to specify the primary interest of the Alpines: “Their core business is the fight against excessive speeding, mainly on the motorway network. But they can also be requisitioned during so-called ‘anti-delinquency’ operations. , on the road, during a device to intercept a fugitive, in particular.”