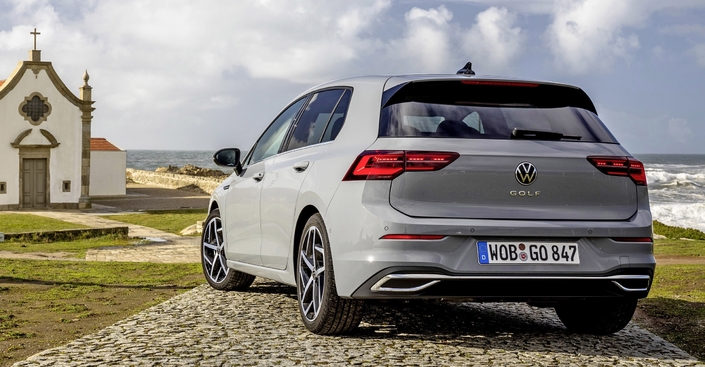 No one was spared. Across Europe, 2021 ended with a drop in car sales, although some countries, such as the United Kingdom, managed to limit breakage, if you can put it that way. so the drop there is 24% compared to 2019. But Spain has seen much worse with a collapse of 33%. In the middle of this slump, France and its – 25% are in the average, but where we expected the European champion in any category to save European furniture, it is not so. Germany did worse than us and posted a drop of -27%. Unheard of since the reunification of the GDR and the FRG in 1990

Obviously, when an automobile problem occurs across the Rhine, a culprit is immediately pointed out: the Volkswagen group. The manufacturer suffered last year, a little more than others, from the shortage of semiconductors and several of its production sites had to close for whole weeks. But beyond this crisis which affects all brands, VW is faced with another concern: the decline in form of its bestseller since 1974. Golf certainly remains the best-selling car on the old continent, but the German compact is no longer what it was. Its market share in Germany was 8.1% in 2001, unheard of for a car, even in its country of origin. Twenty years later, this share did not exceed 3.5% in 2021. It’s simple: there have never been so few Golf sold since 1980.

Of course, the lack of cars, the extended delivery times and the production units at a standstill weighed on the career of the eighth generation of the queen of compacts, but not only. Its real enemy is much more dangerous, it is the SUV. And in addition he is in place, at VW which organizes its own competition and develops a more than complete range, from the recent Taigo, to T-Roc passing through the T-Cross and the Tiguan. Five models which all, even if they are not cataloged in the same department and do not belong to the same segment, are capable of competing with a compact. It’s a lot. Especially since the sales of these crossovers have not compensated for the decline in success of the Golf and the fall in the German market. And the slump is not over. “We expect a still highly volatile first half of 2022” explained, in selected terms, the builder. Volatile like a success that seems to have flown away. A flight that makes the entire German automobile industry tremble.