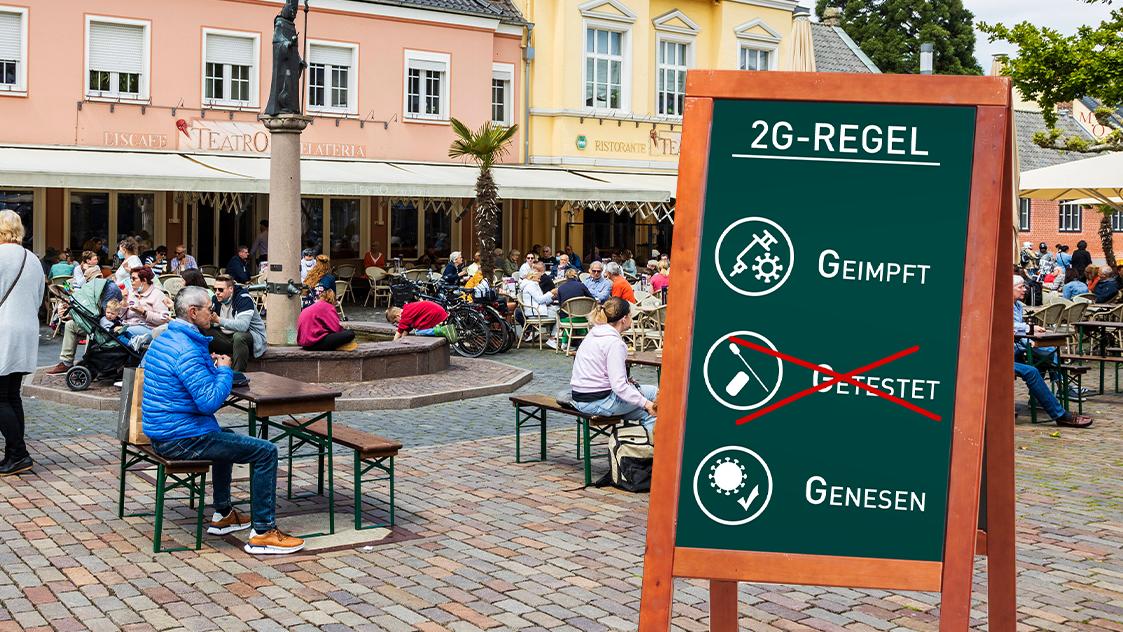 Who else can go in where? This question brings to light once again the old patchwork of country decisions. Because while some federal states already give restaurateurs and operators of public facilities and leisure activities the opportunity to only let in vaccinated or convalescent people (2G), other state leaders do not want to exclude those who have been tested from public life (3G). We have an overview of the countries.

+++ All current information about the corona virus can be found in our live ticker on RTL.de +++

In Baden-Württemberg, stricter corona rules have been in place since Thursday. The state has introduced a multi-level warning system based on the occupancy of the intensive care bed. The so-called basic level currently applies.

In Bavaria, new rules are already in force, which also include a “hospital traffic light” as an indicator. 2G is “theoretically possible and not forbidden, but not proposed by the state,” said Prime Minister Markus Söder (CSU).

Vaccinated and recovered people in Berlin can expect further relief in the corona pandemic. On Tuesday, it was decided to introduce a 2G option model: In a number of areas such as the catering trade or at events, the operators can then decide for themselves whether they allow access to indoor rooms only to vaccinated or recovered people (2G) or to those who have been tested (3G).

Children under the age of twelve should be exempt from this rule. In the case of 2G, previous corona restrictions such as distance or mask would no longer apply.

The “2G rule” has also been in effect in Brandenburg since Thursday. Organizers and operators can therefore only grant access to those who have been vaccinated, recovered and children up to 12 years of age, individual corona requirements should be omitted. Here, too, the hospitalization incidence has replaced the seven-day incidence.

Unlike in the past, Bremen can also imagine that in some areas, such as restaurants, clubs and concerts, the 3G regulation will be deviated from and 2G will be made possible there.

In the coming days, a multi-stage plan to respond to the respective development of the corona pandemic is to be drawn up. Mayor Andreas Bovenschulte (SPD) announced on Thursday in a government statement that this will contain an all-clear level for low corona values, a risk level for high values ​​and probably two levels in between.

Since the end of August there has also been a 2G option model for restaurateurs and other public areas in Hamburg. However, 3G is still the basis. Previously, the second division soccer team FC St. Pauli had implemented the principle in its stadium. “We will do everything in 2G, we consider it essential that the vaccination takes place. It is the best protection and, above all, the most social”, said St. Pauli President Oke Göttlich in the “Doppelpass 2. Bundesliga” on Sport1. It is about “protecting society. We want to show a way in which we can enable more capacities”. For those who cannot be vaccinated, “we continue to fight,” said Göttlich.

In addition to the mandatory 3G regulation in many indoor areas, Hessen has also introduced the 2G option model with the new state-wide regulation since Thursday. The new 2G option offers event organizers and private operators in particular the option of only admitting vaccinated and recovered people. In these cases, there are no longer any significant corona-related restrictions such as distance rules or a mask requirement for these people. Children and young people up to the age of twelve can take part in 2G offers and events even without a vaccination.

In Mecklenburg-Western Pomerania a “2G regulation” is not being considered at the moment. Prime Minister Manuela Schwesig (SPD) said this to the Bavarian Broadcasting Corporation’s Bayern 2 radio station at the end of August. “I think that we have to continue to rely on 3G,” said Schwesig. “We have developed a traffic light system that not only takes into account the incidence, but also the hospital stress, the intensive care unit stress and also the vaccination progress.”

In North Rhine-Westphalia, the “3G rule” is to remain unchanged for the time being. The reason for this could also be the recent bad experiences with easing on the basis of the “2G regulation”.

On September 3, around 380 people took part in a so-called 2G party night. The rule for admission was that only those who had been vaccinated or recovered were allowed in. In retrospect, several dozen people were infected with Covid-19 at the party. The number recently rose to 83 (as of September 16).

Lower Saxony’s Prime Minister Stephan Weil (SPD) announcedthat the “2G rule” could be applied in more areas. He promised operators and organizers an option model. This means access only for vaccinated and convalescent people, but not for those who tested negative. It is already possible in discos, for example. However, this is not yet a politically decreed 2G regulation.

Prime Minister Malu Dreyer also stated that there would not be another general lockdown. Instead, in the case of increasing hospital incidences, the freedoms of the unvaccinated would be further restricted.

A corresponding regulation has not yet been decided in Saarland. One is still advising. “When the going gets tough, we have to try to ensure normality with 2G models too,” said Saarland Prime Minister Tobias Hans in an interview with Saarland Broadcasting Corporation. At the moment, however, this is not yet necessary, according to Hans. A 2G regulation would mean people who cannot be vaccinated are excluded from public life. That shouldn’t be, so Hans.

Saxony also wants to introduce 2G as an option model. This should be possible for restaurants, facilities or events of up to 5000 people, if the organizer decides as the State Chancellery announced. The new regulation should come into force next week, according to the responsible Minister of Social Affairs Petra Grimm-Benne (SPD). In addition to the upper limit for guests, requirements such as distance rules should then also be dropped.

A “2G option model” has been in effect in Saxony-Anhalt since Tuesday. Organizers can thus decide for themselves whether they only want to let in vaccinated and convalescent people or whether they want to continue to use the 3G model (vaccinated, recovered, tested) – i.e. also accept current negative tests. Brandenburg is also planning to introduce the “2G rule”. Organizers and operators can therefore only grant access to those who have been vaccinated, recovered and children up to 12 years of age, individual corona requirements should be omitted.

In Schleswig-Holstein, the government passed a new corona ordinance on Wednesday. This comes into force on September 20th. Accordingly, the corona restrictions will be lifted wherever the so-called 3G rule applies, according to which people must be fully vaccinated, recovered or tested. This applies to all events. In future, the mask requirement will only apply in local public transport or retail, for example.

In the event of a worsening of the corona situation, “a transition to a 2G regulation with a 3G option is generally planned” – and stricter requirements would apply to 3G.

In Thuringia, a new corona regulation will apply from Sunday (September 19). A 3G regulation remains in place, however. However, the introduction of a 2G regulation should be discussed again next Tuesday.

A spokeswoman for the Thuringian Ministry of Health told the “MDR Thuringia” on Friday that the state government was currently examining legal and practical questions that would arise with the introduction of a 2G model.

The most important thing about Corona – in our videos 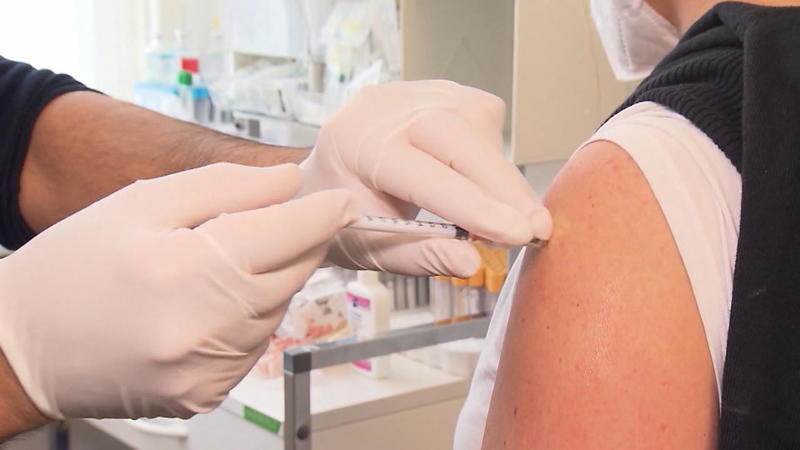