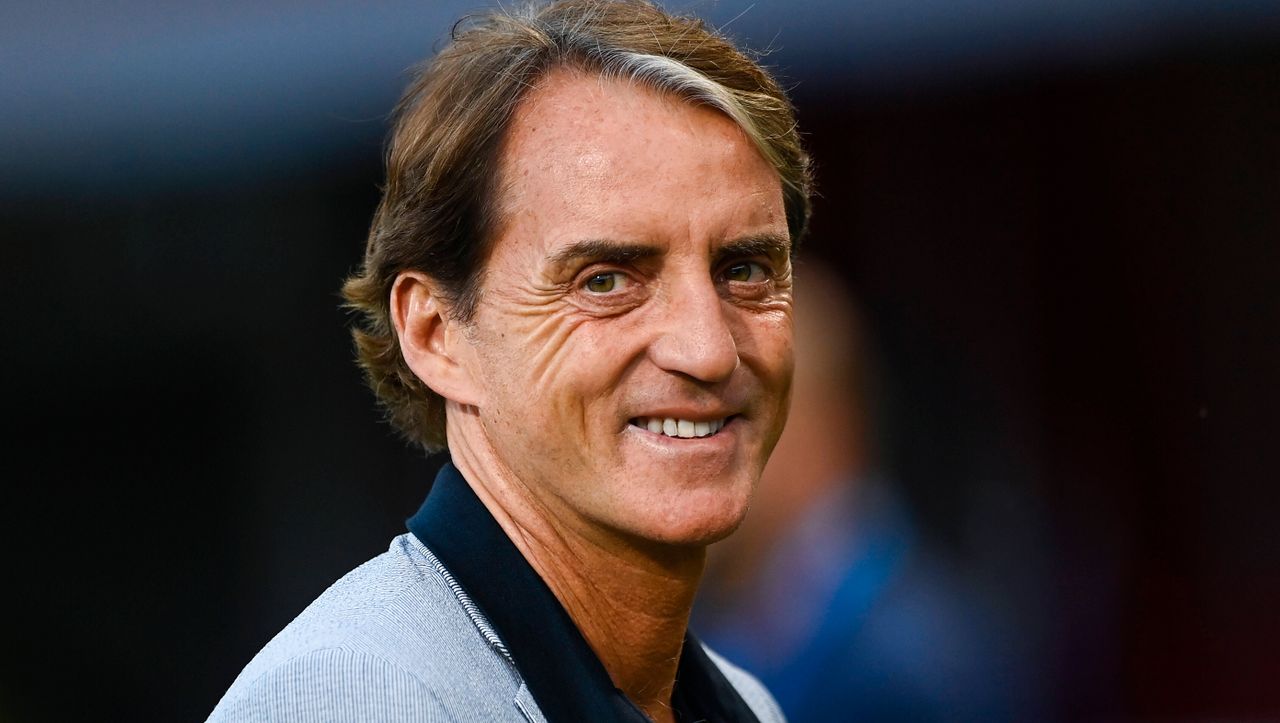 There are countless anecdotes about Roberto Mancini, for example the one about his first big trip with the national team. Mancini was 19 in 1984, a hopeful talent in the midst of reigning world champions, and the venue was New York. “Are you coming out again, little one?” Asked Marco Tardelli, Claudio Gentile and a few others the evening before the return trip.

Roberto came with me. First Soho, finally: the legendary Studio 54. The hours go by, Mancini is in heaven, everyone else is gone, except Tardelli, who says: “It’s five now, I’m going, are you still alone?” They are at six back at the hotel, Tardelli goes to his room relaxed, but Mancini is intercepted by assistant trainer Cesare Maldini: “Signor Bearzot is waiting in the breakfast room. Attention!”

World champion trainer Enzo Bearzot gives Mancini the lecture of his life. That he had taken on a responsibility to the parents with young players, that he couldn’t turn a blind eye all night. “I’ll never call you up again if you score 40 goals this season,” says Bearzot.

Italy won 14 games in a row

Today Mancini, 56, is national coach and father himself. In Studio 54, if that still existed, he would still cut an excellent figure if he casually wiped the strands of his long hair from his forehead and moved his adonis body across the dance floor. At the EM 2021, the first impression was enough to become the style icon of the tournament.

The competition – like the equally handsome colleague Vladimir Petković, today opponent with Switzerland (9 p.m., live ticker SPIEGEL.de; TV: ARD) – had no chance, because Mancini’s Italy played their first game. Mancini opened with a marble gray jacket and a 3-0 win against Turkey.

Of course with a win, one could say, because Mancini’s Italy have now won 14 games in a row, the last eight without conceding a goal. It has been unbeaten in 28 games and is only two games away from the series of the mythical Vittorio Pozzo (world champion 1934 and 1938). And yes, it’s the same country that didn’t even qualify for the last World Cup in Russia. Many players from back then are still there, from the back – the defensive racers Bonucci and Chiellini – to the front Ciro Immobile.

Proud yacht owner who knows a lot about the Dolce Vita

So the trainer. Nobody denies that it is up to the coach when the »Nazionale« is in again and the press overturns praise because it plays offensively like no Italian team before (82 goals in its 33 games) and still wins as much as the best before. Mancini himself does not even take refuge in appeasement, but tries to further fuel the fruitful dynamic of successes and euphoria. For the opening game he published an open letter with plenty of national pathos (“United under a single blue sky … we play with the responsibility to represent one of the strongest and most beautiful countries in the world”) and promised: “We want to have fun.”

Mancini is one of those coaches who can impress a team with just their personality. Because he – the proud yacht owner – understands a great deal about the Dolce Vita and thus the things that interest players. Because he has always retained the charisma of the free spirit. And because he has incredible work experience. He played 836 games and coached 753.

“Il Mancio” comes from the Marche, a small, often forgotten area in central Italy on the Adriatic. At the age of 16 he made his debut with Bologna in Serie A. His greatest time was at Sampdoria Genoa in a duet with Italy’s current delegation leader Gianluca Vialli, as there he was later also champion and European Cup winner at Lazio Rome. His long-time trainer Vujadin Boškov once described him as follows: “Roberto gives the phenomenon for half an hour, then he takes a nap and, oops, suddenly he wakes up with goosebumps for another 20 minutes.”

He was one of the players who are called “Trequartista” or “Fantasista” in Italy, a creative tens, traditionally the hanging tip in Calcio. And because fun in the Calcio was mostly not that popular until this European Championship, there was only one of these guys in the line-up. At the home World Cup in 1990 it was the divine Roberto Baggio, Mancini did not play a single minute.

He had scored his only international goal against the hosts at the European Championship in Germany in 1988, after which he shouted his cheers in the press box, where his alleged tormentors were sitting. Mancini was impulsive, for his intrusiveness towards referee Aron Schmidhuber after a lost Champions League final against Barcelona in 1992 he was suspended. And he was rebellious: in 1994 he refused the appeal to the World Cup by Arrigo Sacchi because he had already replaced him at halftime in a preparatory game in Germany.

Today Mancini admits that the past drove him to take over as national coach in 2018. “As a player, I haven’t won a European Championship or World Cup, even though I was part of excellent teams. I wanted the revenge. “

He never looked like a reformer, now he is

Not everyone was as enthusiastic about his appointment as he was. Mancini, who even as a player liked to be the coach on the field and discussed a lot with his trainers, had soon started his second career. He wrote his thesis for the coaching license about tens, but his teams then won titles, but hardly seduced and failed in Europe. Inter Milan exchanged him for José Mourinho after three championships in a row, and at Manchester City he was soon history again despite the first league title of the Abu Dhabi era. Everywhere his stylish scarves in club colors left more of an impression than his football, which had little to do with that of the player Mancini; even after returning to Inter in 2014.

He never looked like a reformer, now he is. Such contradictions also belong to a coach who publicly rose to the position of chief prosecutor against the naturalization of the Brazilian Éder at the 2016 European Championship and who has now built his team around the naturalized Brazilian Jorginho. Perhaps he is best known as a pragmatist, and that’s when he realized that Italy needed a better mix of generations, more courage, freshness, intensity and, above all, a different mood.

And he has probably also learned to moderate his pride better sometimes. Enzo Bearzot revealed years later that all he had to do was call and apologize and he would have been nominated again. Mancini didn’t. He now wants to heal his messed up story with the national team as a coach.