which country will host the “Final Four”?

Lrumor has persisted for the past two weeks. Monday, July 13, the Cameroonian federation, the country’s authorities and the African Football Confederation (CAF) formalized it: Cameroon will not organize the last three matches of the CAF Champions League, in “Final Four” format.

The country is among the most affected by the coronavirus with more than 15,000 confirmed cases and a low number of screening tests. A situation which pushed Cameroon to give up the organization of the semi-finals and final of the Champions League, where Raja, Wydad, Al Ahly and Zamalek are still involved.

Beyond the health reasons unofficially mentioned by Cameroonian football leaders in the local press, the heavy rains expected in September worry officials who, according to other media, have asked for the postponement of the Final Four scheduled for the same month. A request which was refused by CAF, according to the Egyptian media.

Morocco out of the race

To replace Cameroon, major football nations are jostling each other, like Egypt which has officially applied, and Tunisia whose officials do not hide their desire to organize the Final Four of the continent’s flagship interclub competition. Rwanda is also positioning itself and could round up the organization to promote its new infrastructure, while the emergency committee hopes to be able to quickly make a decision.

It is for a question of fairness that Morocco is out of the race, because it already organizes the Final Four of the Confederation Cup, where are still engaged the Hassania of Agadir and the sports Renaissance of Berkane, in addition to the Egyptians of Pyramids FC and the Guineans of Horoya Conakry, affirms our source within the Royal Moroccan Football Federation.

Tunisia in the starting blocks

“Tunisia is a Covid Safe destination. We are ready to host matches ”

Hamed Maghrebi, member of the FTF

Last June, CAF decided: the last squares of the two competitions (LDC and CAFCC) will be disputed in a single match, like the final. Exit the round trip format, for the sake of timing. Since the withdrawal from Cameroon for health reasons, the favorite country is Tunisia, which would prepare to submit its application in the coming days, according to the local media. The country’s infrastructure allows it, the stadiums are almost beyond reproach. The health situation is stable in the land of the Carthage Eagles, which was the first African country Coronavirus Free and whose number of cases of contamination has not exceeded the threshold of 1300 cases, the vast majority of which have been cured.

Hamed Maghrebi, member of the Federal Bureau of the Tunisian Football Federation (FTF), spoke on this subject on Al Nahar channel. “Tunisia is a destination Covid Safe. We are ready to host the semi-final matches as well as the African Champions League final at any time. The situation is under control and the last National Team course went very well. There’s nothing to be scared of“, did he declare.

In addition to benefiting from all these advantages, Tunisia is not represented by any club in the last square of the competition. Knowing that playing on neutral ground has always been the intention of the CAF executive committee, the country is indeed in pole position to host the Final Four of the Champions League.

In the meantime, the FTF communication manager prefers to delay by declaring to the specialized site Africa Top Sports that his federation “n’a to date nothing written to CAF about the LDC Final Four ”.

Rwanda: outsider but not too much?

Whether at an economic or sporting level, the country chaired by Paul Kagamé has crossed several levels in the last ten years. In terms of sports infrastructure, the country today looks great and benefits from the trust of major institutions. Starting with CAF.

Last February, a few days before announcing the host countries for the CAF club competition finals, the president of the body, Ahmad Ahmad, accompanied by his vice-president Constant Omari, and his adviser Samuel Eto’o, visited Kigali facilities. A satisfactory visit, according to the local media.

For some time now, President Paul Kagame has not hidden his ambition to make his country an emerging power in sport on the continent. After organizing the African Nations Championship (CHAN) in 2016, Kigali was chosen by the National Basketball Association (NBA) to host the final of the Basketball Africa League (BAL). A competition that brings together the elite African basketball clubs, in a tournament to be played in several cities (including Salé) under the aegis of the NBA, and which is attended by the Salé Sports Association.

For the moment, Rwanda has still not formalized its intention to organize the Final Four of the LDC, but according to our sources within CAF, the name of the capital, Kigali, often returns in discussions to find a solution. While waiting for Rwanda to express its position on hosting the last three matches of the Champions League, Egypt is playing its cards, and officially announces its candidacy.

Egypt “always to the rescue”

As if to host the 2019 African Cup of Nations by replacing Cameroon, Egypt intends to make the same move by winning the organization of the last four of the CAF Champions League, which knows the participation of its two giants, Al Ahly and the Zamalek. Dreaming of a 100% Egyptian final, the local media immediately put pressure on Egyptian football officials to push them to apply.

Dreaming of a 100% Egyptian final, local media immediately put pressure on Egyptian football officials to push them to apply

“I spoke with Ashraf Sobhi, the Minister of Sports and Youth, who stressed Egypt’s willingness to host such an important event, as we did at CAN 2019 and CAN 2019 under 23”Said Egyptian Football Association (EFA) member Mohamed Fadl to Time Sports TV. “We have the ambition to help Al Ahly and Zamalek by hosting the remaining games of the LOC“, he added.

The fact remains that the health situation in Egypt complicates the candidacy of the EFA, with a number of confirmed cases of Covid-19 which continues to climb, with more than 83,000 cases recorded as of July 14.

Abu Dhabi and Dubai as a last resort

The United Arab Emirates has positioned itself to host CAF events, since Doha hosted the 2019 African Super Cup, won by Raja at the expense of Esperance Sportif de Tunis (2-1).

Football rivalry between countries, which mixes with political tensions, has probably pushed UAE football officials to want to host African club competitions, which unleash passion. What is more, this edition will be won by a Moroccan or Egyptian club, two large communities living in the United Arab Emirates. What ensure the show … and a presence of supporters taking into account health safety rules?

What is certain is that the country has the means to organize a Final Four in the best conditions. But the idea is not unanimous. Voices are rising to demand that the competition ends as it started, on African soil.

The Three-Way Affair. Kuba Strzyczkowski wanted to apologize to Marek Niedźwiecki. The board refused to publish

How to treat Covid-19 patients without symptoms? 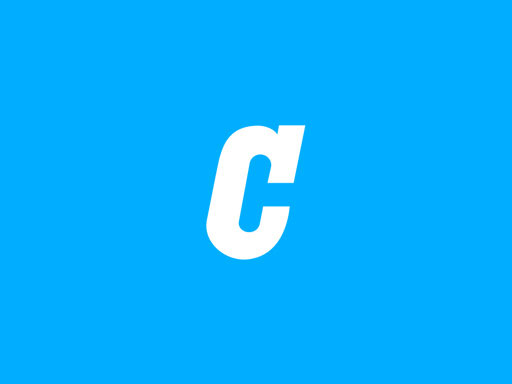 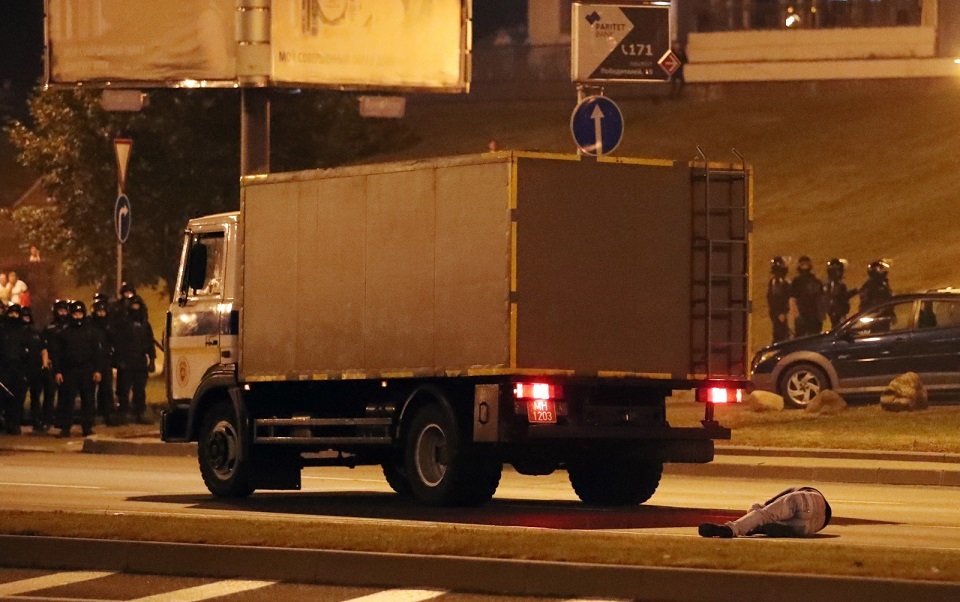 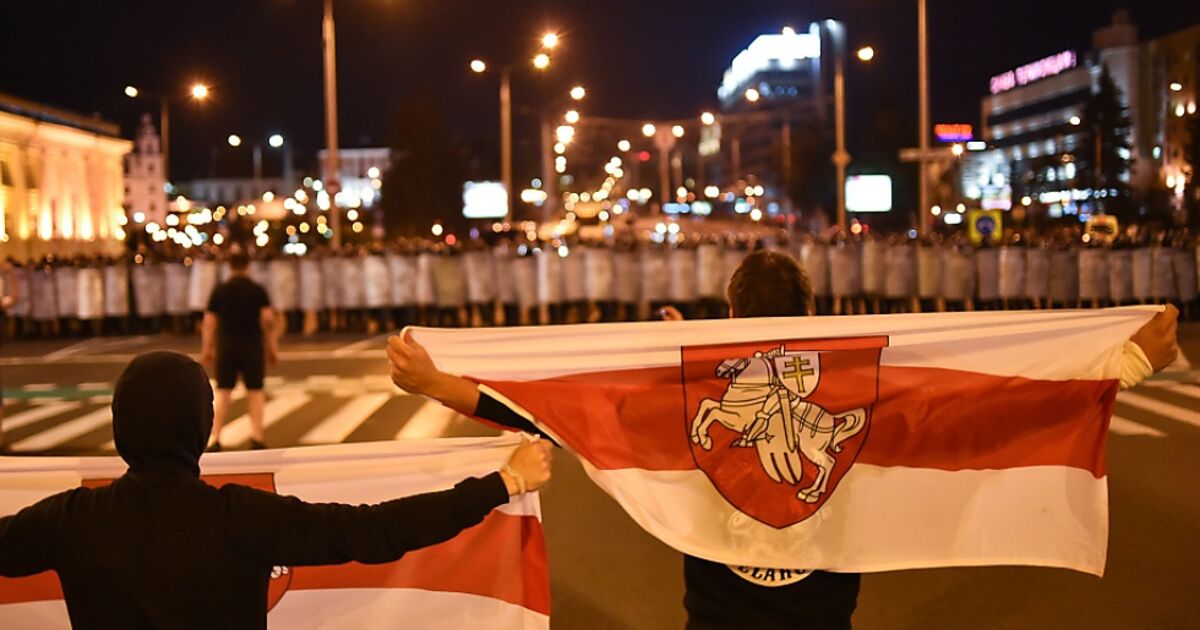