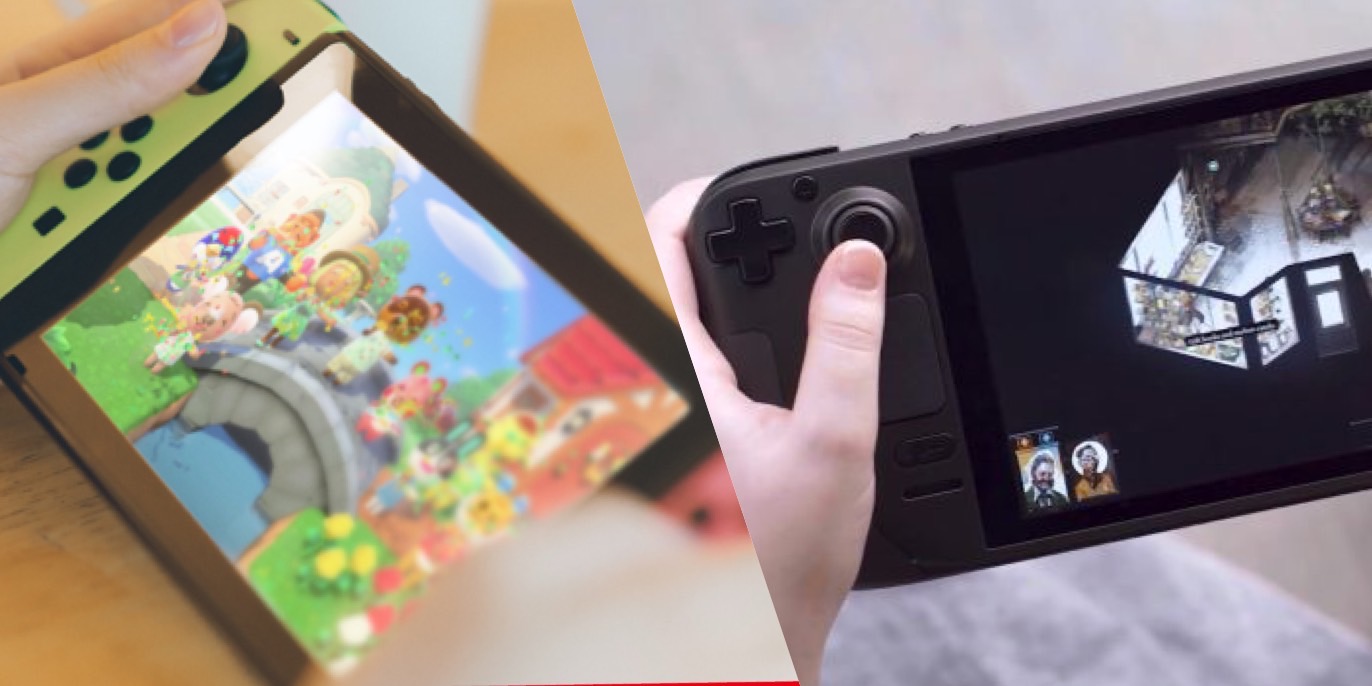 The “confrontation” between Nintendo and Valve, the two giant stars, seems to be hot right now. Valve announced the portable PC game machine “Steam Deck” on July 16th. The game on the Steam library, which was previously only available on the PC, is now attracting attention as it can be played anywhere. A 7-inch liquid crystal display is placed in the center of the housing, and cross keys, analog sticks, and ABXY buttons are placed on the left and right. It also has a trackpad. From the design that seems to fit in your hand, you can see the high portability of the hardware.

At the same time, the appearance of Steam Deck inevitably reminds me of another piece of hardware. Yes, it’s the Nintendo Switch. The appearance is not the only thing they have in common. The LCD of Steam Deck is a multi-touch display and also supports gyro operation. Furthermore, about a week before the announcement of Steam Deck, the new Nintendo Switch (organic EL model) was just announced. Since there are many points of agreement, there was an article comparing the two in overseas media immediately after the announcement (PC Gamer/Mashable). And as early as on the net, there seems to be a “discussion” about which of “Steam Deck vs. Nintendo Switch” will win.

The news that impresses the composition of “Steam Deck vs. Nintendo Switch” seems to involve information about the actual hardware performance. That’s because Valve’s hardware engineers have told us that Steam Deck is less prone to “drift” phenomena (Related article). The drift phenomenon is a problem in which an input operation is performed without permission even though the user has not touched the analog stick.

While reports have been raised on Xbox controllers and PS5 DualSense, the most prominent case is drift in Joy-Con of Nintendo Switch. In some countries, the cause of the drift phenomenon and Nintendo Switch is not shallow, as it has developed into a class action proceeding against Nintendo. The fact that Steam Deck is taking on the drift head-on may have contributed to the impression of the confrontation between Steam Deck and Nintendo Switch. But it’s only a long time since it was released that the Steam Deck analog sticks won’t actually drift.

The domestic launch of Steam Deck has not yet been announced. However, in the video introducing Steam Deck, it was also confirmed that there is a technical suitability mark on the back side of the main body (0:40～), It can be seen that it is considering the release in Japan. Since Valve’s hardware products such as VALVE INDEX and Steam controller have been sold domestically at sites and retail stores operated by Degica Co., Ltd., there is a possibility that Steam Deck will be distributed with an intermediary in between. .. I would like to decide whether to actually win the Steam Deck or Nintendo Switch after getting both hardware. I hope that both hardware will be distributed smoothly in Japan.