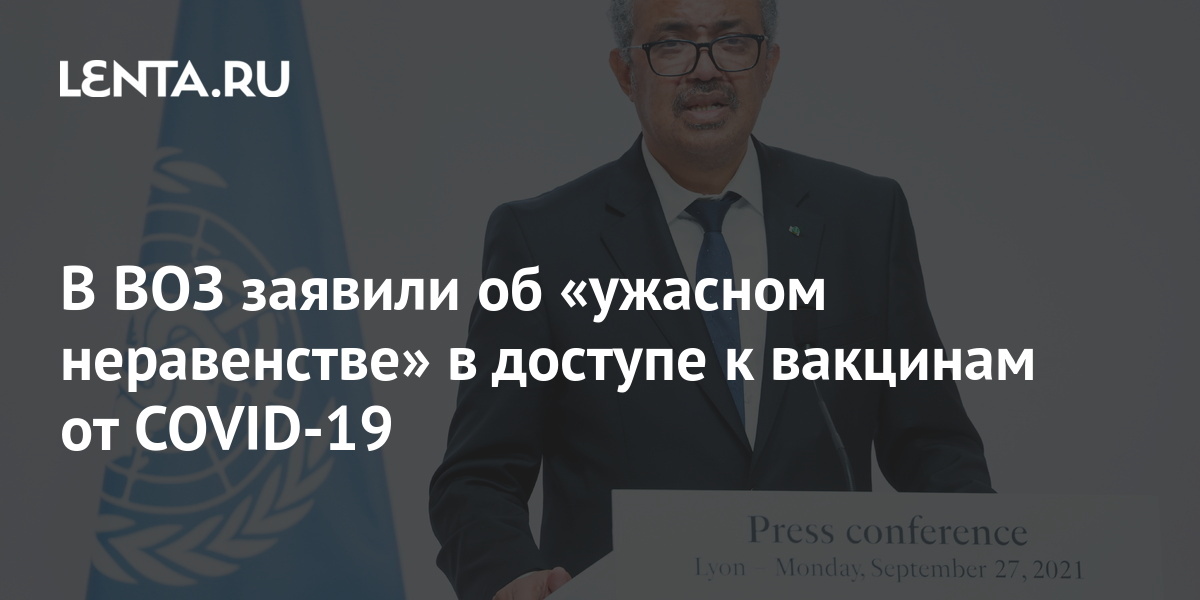 World Health Organization (WHO) Director-General Tedros Adanom Ghebreyesus, speaking at the World Leaders Forum, said about the “terrible inequality” in access to vaccines against COVID-19 in the world. The text of his speech published on the WHO website.

Tedros Adanom Ghebreyesus noted that by now almost a third of the world’s population has been fully vaccinated, in total, more than six billion doses of vaccines have been administered. At the same time, he stressed that 75 percent of vaccines were received by upper-middle-income and high-income countries, while less than half of one percent of the global volume was supplied to low-income countries. Only 4 percent of the population in Africa is fully vaccinated, he said.

The head of WHO recalled that the goal of the organization is to vaccinate 40 percent of the population of each country by the end of 2021 and 70 percent by mid-2022. This requires the contribution of countries and companies that control the global supply of vaccines.