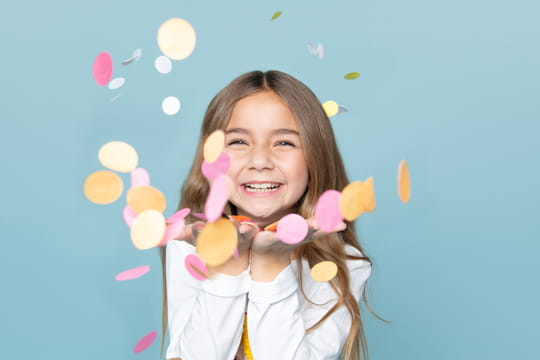 [Mis à jour le 29 novembre 2020 à 16h00] Barely 11 years old, Valentina already has a great career behind her. A member of the New Generation Kids United, she is this Sunday, November 29, 2020 the representative of France at Eurovision Junior 2020, a variation for 9-14 year olds in the international song contest. The schoolgirl will sing in front of eleven candidates from the four corners of Europe her title, “I imagine”, whose clip has already been seen more than two million times on Youtube. But due to the health situation, Valentina will not be present in Warsaw and will participate from Paris alongside Stéphane Bern and Carla, who will host the show from 5 p.m. on France 2.

Originally from Rennes, Valentina was discovered in France at the age of 7: she then made her first television by participating in season 4 of The Voice Kids. If she was not selected at the end of the blind auditions, she joined the group Kids United New Generation in 2018: “I finally had my little revenge on The Voice”, comments the young girl to the site News. The group is due to begin a tour in 2021. If she later hopes to make a career in singing, the teenager, currently in college, is also considering studying medicine.

How to vote for Carla at Eurovision Junior?

It is possible to vote for Carla on the site junioreurovision.tv, until the start of Eurovision Junior, then for a period of 15 minutes after all the candidates have performed their song. And as much to say that the vote of the public is essential, since it counts for half of the votes, the other half being the votes of a jury assembled for the occasion.