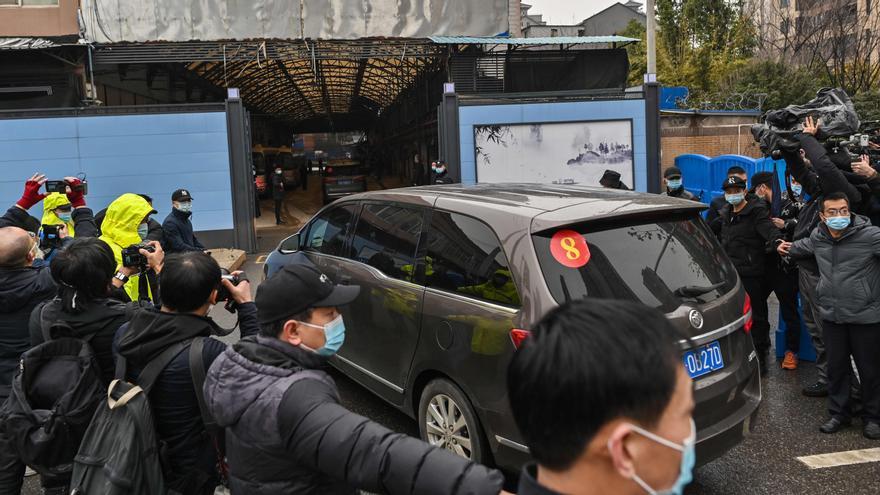 International experts from the mission of the World Health Organization (WHO) investigating in China the origin of coronavirus they visited this sunday the market in which the first infections of the covid pandemic were detected, in the central city of wuhan. The first deceased in that city was a man who had precisely been in the Huanan market, which has been almost completely closed since the first day of 2020.

The part known as “wet market”, which consists of a thousand stalls where meat from various animals was sold – from fish to, according to the local press, pheasants or snakes – has since been separated from the outside by huge fences, although the second floor of the market, consisting of a gallery with a hundred opticians, it was reopened in the middle of last year.

British zoologist Peter Daszak, one of the group members who shares information about visits on his Twitter account, wrote today: “As you walk through the Huanan market, you feel the historical importance of this place and compassion for vendors and (members of) the community who lost their livelihood to COVID. “

Very important site visits today – a wholesale market first & Huanan Seafood Market just now. Very informative & critical for our joint teams to understand the epidemiology of COVID as it started to spread at the end of 2019. https://t.co/kERfcHFUOY

Peter Ben Embarek, the team leader, had explained yesterday to the Chinese state press that they intend to see the places where these infections occurred, to know what animals and products were sold and, “possibly”, to speak with some of the shopkeepers who worked there during the first days of the pandemic. Before moving to the Huanan market, the emissaries of the WHO visited cold chain facilities in a wholesale market in the city.

The official newspaper ‘Global Times’ took advantage of these visits to insist on one of the narratives promoted by the authorities and the country’s media, that the initial outbreak in Wuhan could be due to the fact that Huanan were sold frozen products imported from other countries that were infected with the virus. “Although it is too early to draw conclusions, (…) it cannot be ruled out,” the newspaper pointed out this Sunday. In fact, the Chinese authorities blame frozen foods imported from abroad and people from other countries for the latest outbreaks in the country, which caused the number of cases throughout January to be the highest monthly record since March. 2020.

In his first two days of field investigations, WHO experts visited two of the hospitals that treated Wuhan’s first covid patients during the early stages of the pandemic. According to the institution, the researchers will also enter laboratories such as the Wuhan Institute of Virology, of which some voices – among them, the already completed Trump Administration in the United States – suspect that it could be behind the initial outbreak of the covid.

For the moment, the WHO limits itself to pointing out that “all the hypotheses are on the table” when determining the origin of the virus, and demands “the support, access and data that its envoys need” to carry out the pertinent investigations.