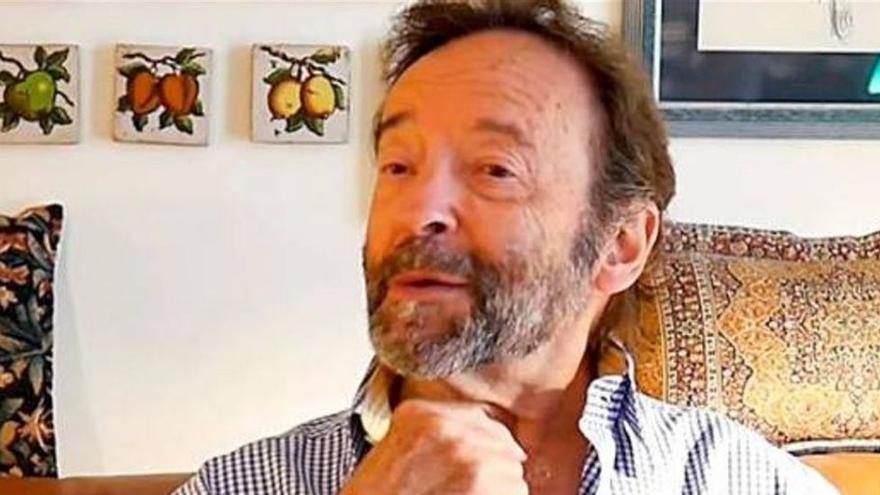 It is a tragic death, a reflection of the indifference with which one lives with poverty and misfortune in the majestic streets of Paris. The Swiss photographer Rene Robert He died of hypothermia on January 19 at the age of 85. The Cervantes Institute in Paris expressed on Thursday its “great pain and sadness” for this loss, heartbreaking due to the conditions in which it occurred

After a long career in which rtreated hundreds of flamenco artists, this photographer died after suffer from dizziness and fall to the ground in a central Parisian street. All those who passed by his side they ignored it, as they often do with the many homeless people who live in the French capital. He passed a whole night on the street, helpless for nine hours in which he could not get up. Until a homeless man noticed and called the emergency services. But by the time he was transferred to a hospital, it was already too late. Robert was “killed by indifference (…). This tragic and outrageous end of life teaches us many things about ourselves,” Michel Monpontet, journalist and friend of the deceased, lamented on Twitter.

A furious thought against the police station of the 10th arrondissement which behaved in an unworthy and inhuman way with the widow of René Robert who was simply asking for information on the agony of his companion on the public highway. @GDarmanin pic.twitter.com/ScfapQZSyf

Contrary to his death, caused by the grayest of feelings, indifference, Robert stood out for his attention and sensitivity to capture the strength and details of Flemish art. Born in 1936 in the Swiss town of Freiburg, he trained as a photographer in Lausanne and started working as a photojournalist there. Beginning in the 1960s, he settled in Paris, where he made a living in the fashion, advertising, and education sectors. I didn’t speak Spanish and no aspect of his biography led him to be interested in flamenco. But he discovered the vigor of this art in Le Catalan, a legendary Spanish bar in the Latin Quarter devoted to flamenco since the middle of the last century.

“Subjugated by force” of flamenco

“I was subjugated by the force, the impudence, the expressiveness of these artists, their way of expressing the tragic, the pain, the suffering, but also vitality, rhythm and sensuality”, Robert recognized in 2015 in a text written for an exhibition about his career at the Nimes Flamenco Festival. This revelation led to the driving passion of his artistic career. He was first impressed by artists like Manolo Marin and Nieves the Pepper. I would also photograph Merche Esmeralda or José Valencia. He saw the great stars of this music grow.

All in all, in front of your goal 287 artists passed. He always worked in black and white. “Developing an irreplaceable testimonial work of Flemish art of the 20th century”, indicated Cervantes sources, who underlined “his love and deep understanding of the Hispanic tradition”. “He liked to capture the fragility of the person at the same time as the exaltation of the moment. (…). Each of his snapshots (…) reminds us of the lived intensity and fragility of the ritual of this show”, Corinne Frayssinet Savy, a French musicologist and flamenco specialist, close to the deceased, told the newspaper ‘Le Monde’.

Robert showed his work in numerous exhibitions, such as ‘The Voice of the Flamingos’ in 2008. He donated all the snapshots from that exhibition to the National Library of France (BNF). Near 600 50×60 photos they remained in the hands of this public institution to guarantee their conservation. In this way, he not only wanted to favor the survival of the history of flamenco, but also of its photographic art. And so make his legacy survive.

10 amazing benefits of orange peel and its correct uses on the body, most notably teeth whitening and treatment of constipation