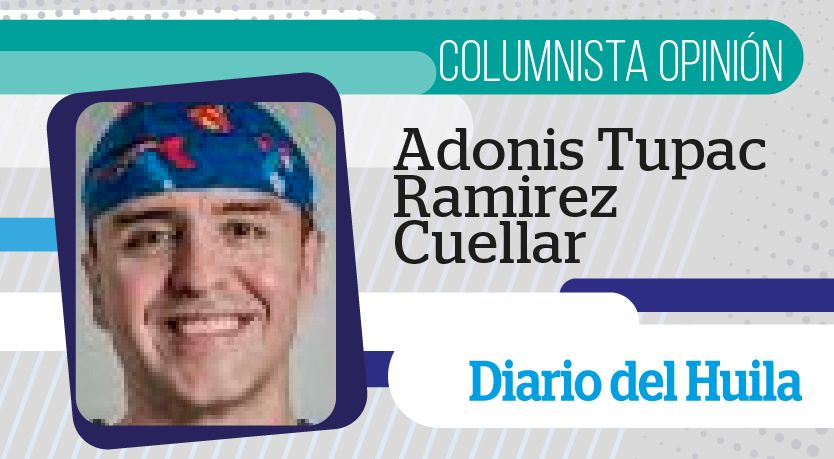 This week we continue with the chronicle about the question why am I a doctor ?:

In my adolescence, a maternal aunt began to study medicine, but she lived far away and did not have much contact with her, there were no social networks or the internet that shortens distances. In 1993, my second year of study, we had to take the two subjects most feared by all, which were anatomy and physiology, at that time my aunt gave me the dissection equipment for the practices on corpses. This equipment was white, all the tweezers gleamed, he also gave me the anatomy bible, the book by L. Testut-A. Latarjet, which had 5 volumes and was too dense, and I also began to receive advice from him, there really began the family influence in medicine.

During my career, which at that time was 7 long years, I had very few role models in my medical training who were convinced of the true nature of the profession (service). A large part of my professors had clinical training and for them the most important thing was the academic dimension, and the relationship with the patient was secondary. In the study program we had a large block called social and community medicine where we received the concepts of the holistic approach to medicine of comprehensive care for the sick, concepts that were diluted in the following years because there was no connection between the different areas deformation. It was very sad to observe some of the teachers of despotic, arrogant and unhuman behaviors with the patients, although I also learned from them, especially that I should not reproduce those attitudes. But, in the same way, there were some who emphasized to us the good treatment, the respect, the kindness and the affection for the patients, the good communication and the relationship with them and their families.

My initial intentions were unconsciously diluted during training, migrating to wanting to be more clinical, investigative, more practical; in general terms “save lives” regardless of the way or the way to achieve it. I entered a fast-paced career where only the result mattered, in which time was money and could not be lost creating bonds with patients and families, where toughness was synonymous with greatness. These behaviors took root more strongly when I started my specialty in general surgery, which gave me the power to invade people’s bodies with a new weapon: the scalpel.

We will continue next week.