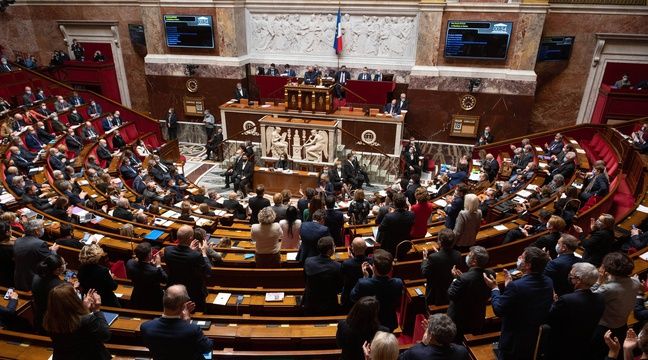 The health pass is dead, make way for the vaccine pass! After several weeks of debate and back and forth between the National Assembly and the Senate, the obligation to present a vaccination schedule in many public places comes into force this Monday for those over 16 in order to curb the spread of the virus. Omicron variant of Covid-19. An exception, however, makes some Internet users tick: the deputies would not be subject to the vaccination pass in the hemicycle.

“They impose obligations on us that they themselves do not respect,” some are indignant. “Is it fake news that the deputies voted for the vaccination pass for the population, but dispensed with it? asked a reader of the Fake Off section of 20 Minutes.

During the examination of the text in the Assembly, the LREM deputy for Hauts-de-Seine Jacques Marilossian presented an amendment to require the presentation of the QR code to anyone wishing to access the National Assembly or the Senate. “It is a question of underlining the stake of coherence and exemplarity which obliges us all on these benches”, justified the elected official. The amendment was rejected by the government and the deputies. The only exception: the parliamentary restaurants and the refreshment bars of the Assembly and the Senate, already subject to the health pass, will also be subject to the vaccination pass.

“The reason for this exception is simple: there is a balance to be struck between constitutional freedoms and public order at the health level”, explains the lawyer specializing in public law Louis le Foyer de Costil. For him, all points of view are understandable on this question, but political freedom takes precedence over the health risk. “It is not a question of defending deputies and senators, but simply of defending the profession they exercise and democracy. As elected of the nation, you represent the people, and today doing this job is more important than the health risk. »

Louis le Foyer de Costil explains that this is an exception to the “expected and logical” vaccination pass. Article 4 of the Constitution expressly protects political freedom and freedom of opinion: “The law guarantees the pluralistic expression of opinions and the equitable participation of political parties and groups in the democratic life of the Nation. »

Censorship of the Elders on the meetings

“For a political meeting, we cannot restrict access either, even if it is indoors. If that were the case, there would be no campaign and that poses a problem at the democratic level, ”continues the lawyer.

The Constitutional Council has effectively censored the possibility for the organizers of political meetings to ask participants for a pass. The candidates for the presidential election will however be able to take “all useful health precautionary measures, such as limiting the number of participants, distributing masks or ventilating the rooms. Nothing changes compared to our last article on the subject. Following the same reasoning, the vaccination pass cannot be requested to enter a polling station.

Like the exercise of democracy, the freedom to come and go is protected by the Constitution (article 66), which makes it difficult to present the vaccination pass in daily travel.

Louis le Foyer de Costil stresses that each measure must be “proportionate, necessary and justified”. “It all depends on the severity of the epidemic at a given time. Measures taken today may no longer be applicable, legal or constitutional tomorrow depending on the evolution of the epidemic. »

This is how the bus stoppage progresses this Monday, January 24 | THE UNIVERSAL

Ksenia Efremova, 12 years old and already quite a “Tsar”