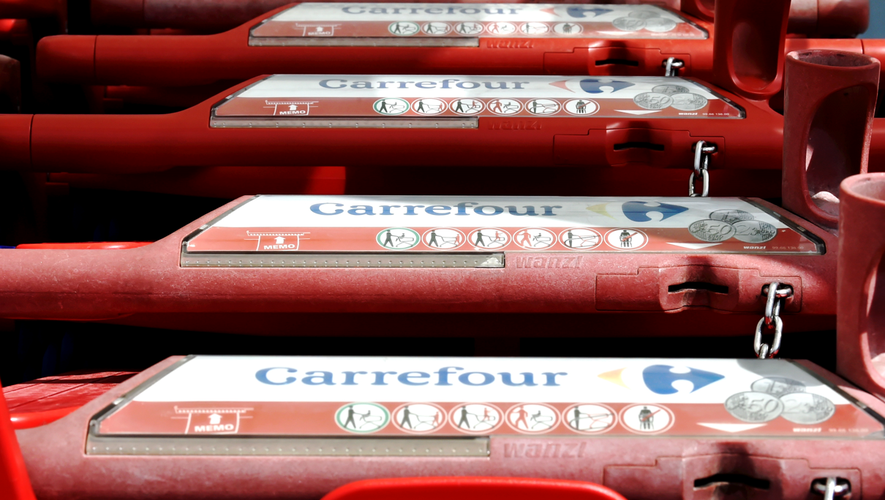 Without coins and without tokens, the customers of the supermarket chain can do their shopping without the deposit to take the trolley.

Who has not looked for a coin or a token at the bottom of their bag when they arrive at the supermarket to be able to bring a trolley? In Carrefour stores, this will soon be a thing of the past.

Indeed, the brand has decided to remove the coin mechanisms from its trolleys to make life easier for its customers.

And the most surprising thing is that this decision would have been taken following the health crisis.

We will explain to you why Carrefour made this choice.

The Ronis locksmith company which created this coin mechanism, had filed the patent in 1987 as reported RTL.

Designed to prevent customers from leaving with the trolley home, this deposit has become legion in all supermarkets.

Carrefour’s new executive director has implemented a new policy within the brand. Highlight customer satisfaction, in particular with the rule of “siempre si” which means to always say “yes” to the customer, as reported LSA.

And since taking out a token or a coin was binding on the customer, the request was to remove this constraint.

All the more so since since the health crisis, customers have more and more acquired the habit of paying by credit card and therefore using less and less money.

And when you do not have a part on you, it can quickly be restrictive to bring a trolley.

A new anti-theft system begins to be deployed to replace the coin mechanism.

Indeed, it is a brake which blocks the wheel if the carriage crosses a given perimeter. Even if the anti-theft structure is a little more expensive than the coin mechanism, it would quickly pay for itself, as reported BFM.

5. Already deleted in most stores

Most Carrefour stores have already eliminated coin mechanisms. According to BFM, they would be 200 out of a fleet of 230 stores to have removed them.