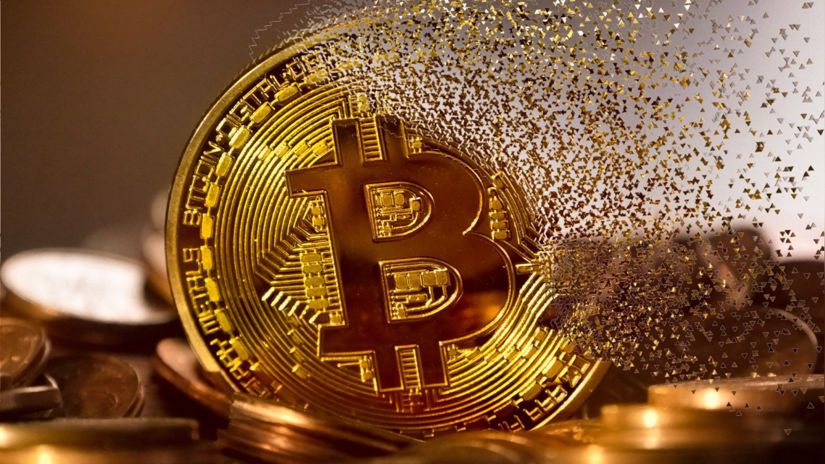 The price of the cryptocurrencies fluctuated in recent weeks as a result of a hardening of the position of the Chinese authorities towards the mining and exchanges of these digital assets, very popular in the country.

Monday, the bitcoin It was again losing about 9%, after Beijing decided to cut off the power to companies specializing in mining this virtual currency, located in the Sichuan province (southwest).

Specialists wonder why China it acts like this, and the consequences of it for the market.

The Chinese government’s need for control over the financial system has strengthened as it has gained in importance.

The cryptocurrencies, and especially the bitcoin, represent a challenge for Beijing, given the impossibility for the central bank to follow the movements of money that pass through these assets.

To “prevent and control financial risks” the authorities decided to prohibit exchanges of cryptocurrencies in the country. According to analysts, China it fears an increase in illicit investments and fundraising, at a time when its authorities try to control capital flows.

“China does not have an open capital market, and cryptocurrencies They make it possible to avoid this situation, which is unacceptable for the authorities, “says Jeffrey Halley, Asia analyst at Oanda, a company specializing in international exchanges.

The hardening before cryptocurrencies also allows China introduce its own virtual currency, a project in which the central bank has been working since 2014, and which will allow the government to better control exchanges.

Although the creation and exchanges of cryptocurrencies are illegal in China Since 2019, the recent actions of its authorities will lead to an important mining sector to close its activities.

Why is the situation in China important?

Today, about 80% of the exchanges of bitcoins are managed through data centers installed in China, which consume a lot of energy.

Access to material and very cheap energy has favored the emergence of companies specialized in exchanges, but also in the creation of new assets of cryptocurrencies, an operation that requires great computing power and high energy expenditure.

An important part of the industry is powered by electricity from plants that run on lignite, a highly polluting coal, which could prevent China achieve their climate goals, which in part explains their reaction.

According to the electricity consumption index of the bitcoin, published by the British University of Cambridge, virtual currency mining should consume 0.6% of the world’s electricity by 2021, the equivalent of Norway’s consumption.

In March, China launched the testing phase of its yuan digital. This virtual currency would allow Beijing to carry out international transactions in its own currency, when world trade is still mostly carried out in dollars today (in more than 80% of transactions).

“The objective is that the yuan become more available internationally, while maintaining full control of the currency’s price, “explains Halley.

Several countries are trying to launch their own virtual currency. The European central bank must decide in the coming months whether or not to launch a virtual euro.

But for specialists, these state currencies will hardly be able to compete with the cryptocurrencies existing, whose appeal comes precisely from the absence of state control.

“The bitcoin it is marginally a mode of payment, at the moment, but its main advantage is that it cannot easily be seized, prohibited, or devalued “, stresses Leonhard Weese, co-founder of The Bitcoin Association, in Hong Kong. (AFP)

We recommend you METADATA, RPP’s technology podcast. News, analysis, reviews, recommendations and everything you need to know about the technological world. To listen better, #StayEnCasa.