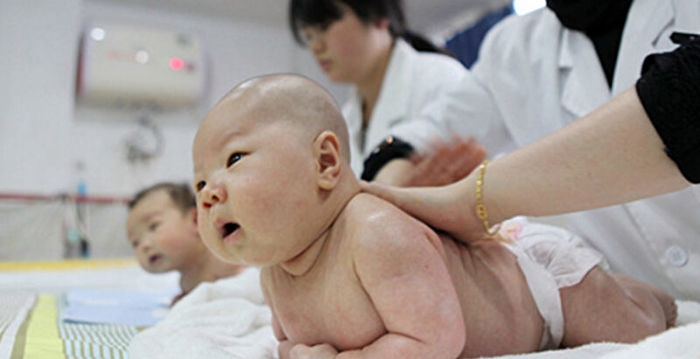 [Epoch Times, January 20, 2022]An official from the National Health Commission of the Communist Party of China said today that Chinadrop in births, one of the reasons islate marriageThe phenomenon of late childbearing is prominent, increasing the possibility of women not marrying for life, triggering a strong backlash from netizens. Experts believe that China’s population may soon experience negative growth, and what measures Beijing will take will attract attention.

late marriageIncrease the likelihood of women not marrying for life?Netizens discuss

Yang Jinrui, deputy director of the Population and Family Department of the Chinese Communist Party’s Health and Health Commission, said at a press conference,drop in birthsThere are various reasons: the number of women of childbearing age is decreasing year by year, 4.73 million less than the previous year in 2021; the willingness to bear children is low, and the average number of children planned by women will drop from 1.76 in 2017 to 1.64 in 2021.

He said that the post-90s and post-00s as the new main body of marriage and childbirth, most of them grew up and worked in cities and towns. They have longer years of education and face the pressure of employment competition. etc.

This statement aroused heated discussion among netizens. Netizens said, “It’s an old tradition that something happened to women. Why are there so few women?” “Is it not a man’s business to pass on incense? What does it have to do with women?”

“Why does it sound like the reason is that women study too much and work too actively?” “To tell the truth, the term ‘women in the prosperous period of fertility’ is already unpleasant.”

Expert: The demographic dividend window is about to close, suggesting that there may be negative growth

At the same press conference, Song Jian, deputy director of the Population and Development Research Center of the National People’s Congress, said that the number of births in China is declining. In fact, the proportion of children aged 0-14 will continue to decline, while the proportion of the elderly population is rising rapidly.

“China is still in a window of opportunity for demographic dividends, but this window is about to close.” He said that whether the downward trend of births can be smoothed in the future depends on whether the fertility rate can be improved.

Earlier, data released by the Bureau of Statistics of the Communist Party of China on January 17 showed that the birth rate in 2021 will drop to 7.52 per thousand, a new low since 1949;

The BBC quoted Zhang Zhiwei, chief economist of Shanghai Baoyin Capital Management Company, predicting that China’s total population may have peaked in 2021, which means that China’s population may enter an era of negative growth in 2022, which will be much earlier than experts predicted.

In early 2019, the Chinese Academy of Social Sciences predicted that China’s population will experience negative growth after 2029.

The report believes that the negative growth of the population is a key node, marking a major shift in China in many ways. Zhang Zhiwei said that this means that China’s economic slowdown may also come sooner than expected.

Yi Fuxian, a researcher at the University of Wisconsin who published the book “Empty Nest of Great Powers”, said that China’s negative population growth will be a historical turning point for hundreds of years, as well as a turning point in the world’s geopolitics and economy.

What will Beijing do?

Yi Fuxian analyzed on Twitter: China is rapidly aging, leading to financial shortages and government debt crisis. China will have to deal with a crisis of low fertility, which will require the government to invest in family and child welfare.

Ren Zeping, a mainland economist, once suggested that the central bank would print an additional 2 trillion yuan to give birth to 50 million more children in 10 years. As a result, his Weibo account was banned and his WeChat account was no longer available.

Yi Fuxian pointed out that responding to the low fertility crisis is the instinctive response of any regime, but it is necessary to be vigilant against desperate measures. The CCP cracked down on online gaming and private education in 2021 in response to the low-fertility crisis, but what radical policies will it introduce in 2022?