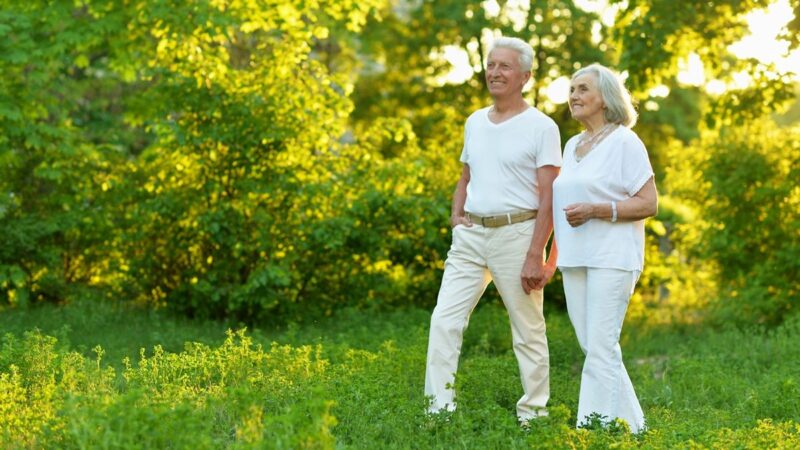 [NTD, Beijing, August 5, 2022]A new study published in the journal Science on July 14 may explain whymale life expectancyshorter than women.Study finds that many men have sex as they agechromosomeLoss of symptoms, resulting in myocardial fibrosis leading to fatal heart failure.

Such a phenomenon may explain why men die earlier than women. Due to known occurrence of YchromosomeMen who lose symptoms die earlier and suffer from age-related diseases such as cardiovascular disease and Alzheimer’s disease.

University of Virginia health researcher Kenneth Walsh, who led the new study, also believes that men with symptoms of Y chromosome loss can be treated with the drug pirfenidone. The drug is currently approved by the U.S. Food and Drug Administration to treat idiopathic pulmonary fibrosis, a type of lung fibrosis.

Females have two X chromosomes, while males have one X and one Y chromosome. But as they age, many men, especially smokers, will lose the Y chromosome in a small percentage of their cells.

Loss of the Y chromosome is particularly prone to occur in blood cells, as well as in other cells undergoing rapid turnover. However, Y chromosome loss does not occur in male germ cells, so it is not an inherited trait.

This study found that men with symptoms of Y chromosome loss responded reasonably well to pirfenidone and other anti-fibrotic drugs in development, but further research is needed.

In an email to Zenger News, Walsh noted that Y chromosome loss was not associated with sex hormone levels. “Y chromosome loss occurs in cells that are dividing rapidly, such as immune cells in the blood.”

“This genetic change (loss of the Y chromosome) alters the function of immune cells, leading to disease and reduced lifespan.”

“This largely explains that, compared to women,male life expectancyShorter reasons (about 5 years on average). Again, loss of the Y chromosome does not affect levels of sex hormones such as testosterone. “

Walsh’s new study may be the first to show that the loss of chromosomes can have direct adverse effects on men’s health.

By analysing data from the UK Biobank, the researchers found that cardiovascular disease and heart failure in men are associated with loss of the Y chromosome. As the loss of chromosomes increases, so does the risk of death.

Walsh said his lab has long-term studies of risk factors for cardiovascular disease, including smoking, high cholesterol, obesity, and high blood pressure. In particular, however, he noted that the biggest risk factor was clearly advanced age.

Walsh also said that scientists are studying “somatic” cell mutations and their role in aging.

“Somatic mutations are not inherited, yet they arise from aging.”

“Basically, as we age, mutations accumulate in all the cells in our body, and ourDNAThe “blueprint” will be increasingly damaged by these “mistakes”. “

For men, the most prevalent mutation is the loss of the entire Y chromosome, which is detected in 40 percent of men over the age of 70. Men with chromosome loss are more likely to die earlier or develop age-related diseases such as cancer and Alzheimer’s disease.

“Especially after the age of 60, men die faster than women. As if they were biologically aging more rapidly,” Walsh said in a statement issued by the University of Virginia.

“There are more than 160 million men in the U.S. alone. The number of years of life lost due to men’s survival disadvantage is staggering,” Walsh added.

“This new study provides clues to why men live shorter lives than women.”

Speaking of the study, Walsh said, “These data show for the first time that Y chromosome loss in men is directly related to disease.”

“It’s not just a feature of aging, but plays a direct role in the development of diseases that come with aging.”