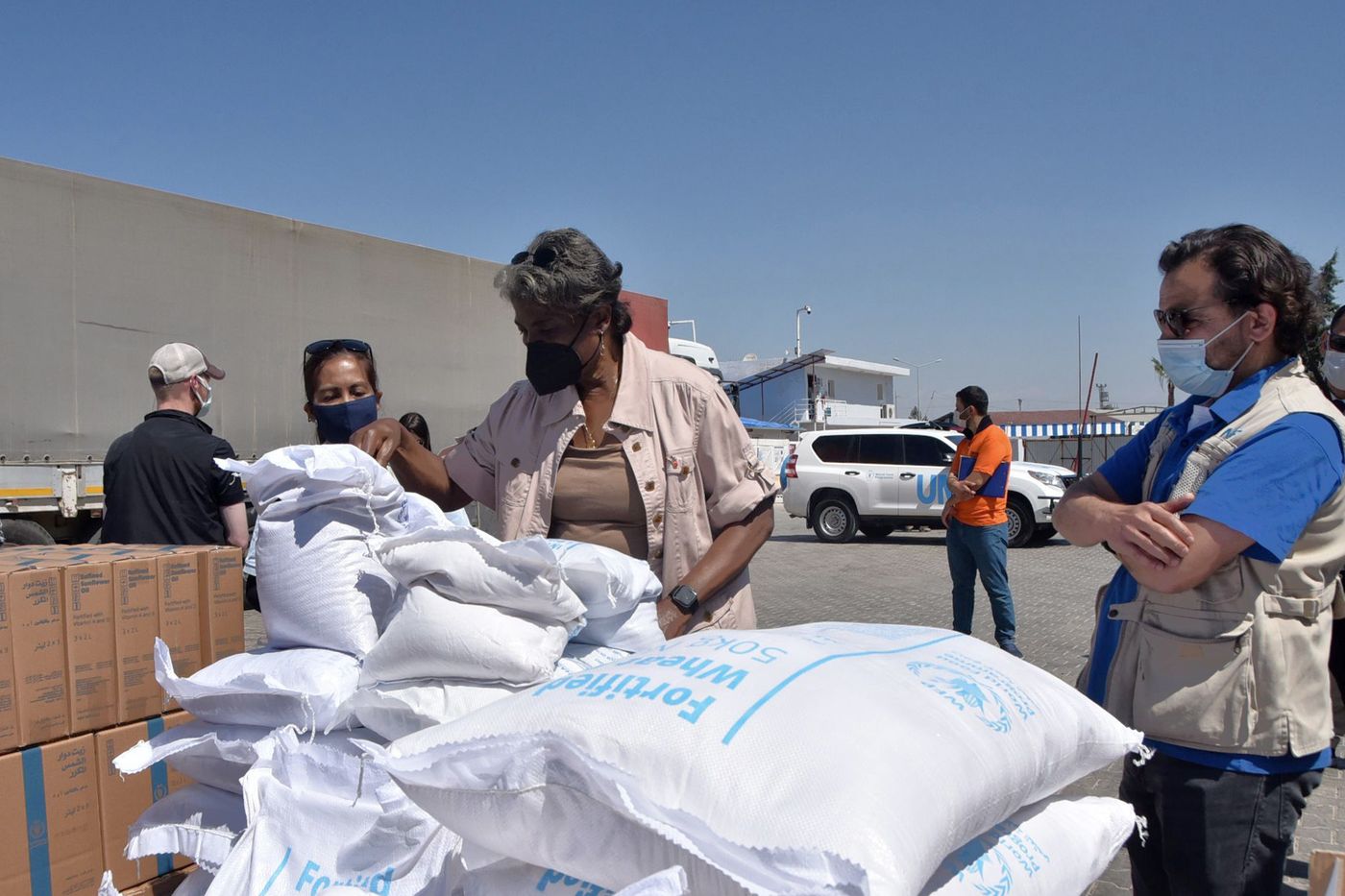 ► What does cross-border authorization consist of?

In the rebel enclave of Idlib, more than 70% of the population needs help to survive. On Wednesday 23 June 2021, UN Secretary General António Guterres called on the United Nations Security Council to extend for a period of one year its authorization for cross-border deliveries of humanitarian aid to northwestern Syria. . Two days later, the UN envoy for Syria, Geir Pedersen, also asked for its retention.

“This is a derogatory regime that was put in place in 2014 and which allows UN agencies, in addition to the aid sent from Damascus, to do so from neighboring countries to areas not controlled by the regime, explains Charles Thépaut, associate researcher at the Washington Institute For Near East Policy. This system was created “In response to a series of obstructions in the delivery of humanitarian aid by the Syrian regime. “

Between July 2014 and the beginning of 2020, this resolution enabled the establishment of four border crossing points. The system is then examined each year by the Security Council to decide on its renewal. In July 2020, the resolution was approved but Russia imposed a reduction in crossing points. The last humanitarian corridor, the Bab el-Hawa border post, located on the Turkish border, could be closed from July 10, in the event of a Russian veto.

► Why is its renewal uncertain?

This cross-border humanitarian aid mechanism “Prevents the regime from controlling part of the aid”, says the researcher. “For this reason, the Syrian regime and its allies – especially Russia – try, in each negotiation, to reduce the scope of the resolution or even prevent it.»

Since the beginning of the year, Moscow, which favors the return to full Syrian sovereignty, has remained adamant in its wish to see the end of the UN authorization. Russia considers that international aid distributed from Damascus can replace cross-border aid. Over the past seven years, at least 16 veto were exercised by Russia.

The subject was discussed at the recent summit in Geneva between US President Joe Biden and Russian President Vladimir Putin.No one knows what came out of it. “But if we observe the attitude of the Russians in the Security Council in recent years, there is a real risk that Russia will prevent this renewal”, fear Charles Thépaut.

► Why is this mechanism so important to maintain?

In March, the UN secretary general stressed that blocking humanitarian aid through the Bab el-Hawa crossing point would halt the delivery of food, medicine and vaccines to the north. -west of the country. Gold, “Today nearly 4 million people are in need of humanitarian aid in the Idlib region”, advances the researcher, who sees “A crucial humanitarian issue».

→ EXPLANATION. In Syria, there is “no electricity, no bread, no gasoline”

«Anything that is not a full reauthorization risks condemning millions of northern Syrians to misery or death, due to malnutrition or Covid-19 ”, also warns Louis Charbonneau of the NGO Human Rights Watch.

More broadly, the situation is critical across Syria: more than 13.4 million Syrians depend on humanitarian assistance and 12.4 million are food insecure. Gross domestic product has fallen by more than 60% since 2011.