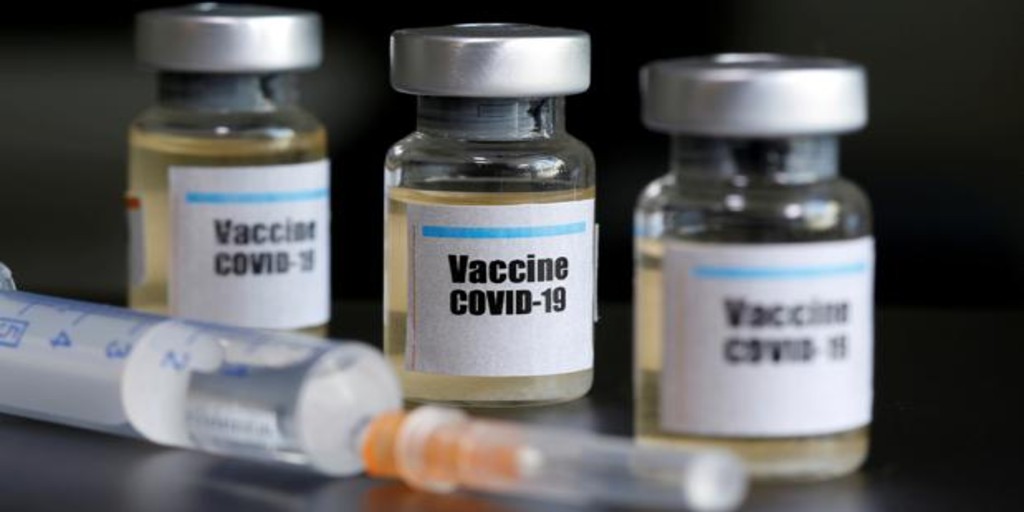 Scientists from the Jenner Institute at the University of Oxford announced Monday that in September they could already have several million doses of the experimental vaccine for Covid-19 that they are developing and that has received the support of the Bill and Melinda Gates Foundation. If their expectations are met, they could be several months ahead of a similar vaccine developed by the Chinese company Cansino.

Those responsible for the project also reported that their vaccine candidate has conferred immunity to Rhesus macaques, an animal model widely used in the investigation of this disease. Specifically, six of these monkeys showed no symptoms 28 days after being inoculated.

A very advanced candidate
These favorable results are an accolade to one of the vaccine candidates who could previously bear fruit. In fact, this is one of six experimental vaccines that are being tested in humans, according to the World Health Organization (WHO). There are 77 other drugs, but they are in previous phases in which their operation in both cell cultures and animals is studied.

However, immunity in monkeys does not guarantee the same protection in humans, and in fact these animals do not suffer symptoms similar to those suffered by people. For this reason, on Thursday of last week, researchers from the Jenner Institute injected their vaccine into the first volunteers, in a trial that will cover 6,000 healthy people, between the ages of 18 and 55, and whose first results would come in late May. .

A vaccine for next year
However, the truth is that most of the most optimistic estimates place the arrival of the vaccine at the beginning or the middle of next year, without counting on the production and distribution work that will be necessary to vaccinate the population in a massive way.

For now, the most advanced projects have had at most very preliminary results in experimental animals, but none have produced data to prove the safety and efficacy of vaccine candidates in people.

See Also:  Anker offers a competitor to the MagSafe charger for the iPhone 12

“It is one thing to have an idea that seems good and another reality,” said Vicente Larraga, a research professor at the CSIC who has spent 20 years working on vaccine development. “Many candidates will stay in the animal model for not giving enough protection.”

The great advantage of the Oxford vaccine is that it uses a platform already tested in clinical trials for other experimental vaccines for MERS, chikungunya, influenza, plague, Zika or tuberculosis. But even so, it needs to be tested in clinical studies.

The need for clinical trials
“Many of the technologies used are new and require extensive testing to verify their safety,” Florian Kramer and Fatima Amanat, virologists at the Icahn School of Medicine on Mount Sinai in New York, wrote in a recent analysis article.

Virologists recall that when vaccines for SARS, a virus that caused an epidemic in 2003 and that is highly similar to today, were investigated, it was found that some vaccines can not only not prevent infection, but also worsen the disease. “Therefore, even if there are effective animal vaccines for similar coronaviruses, we need to make sure that the vaccines developed for SARS-Cov-2 are safe enough.”

Durable and older protection
Another key point is to verify that in humans the immune response seen in animals is long-lasting: «An effective vaccine for SARS-CoV-2 will need (…) to protect in a scenario where the virus becomes endemic and causes seasonal epidemics recurring », according to Kramer and Amanat.

As these virologists emphasize, the fact that Covid-19 affects older people more than young people also needs to be addressed: “It will be important to develop vaccines that protect this segment of the population. Unfortunately, older people typically respond less well to vaccination because of the senescence of their immune system. ” This phenomenon cannot be observed in an animal model either.

See Also:  "The fear of the epidemic will multiply if you go to stage 3"

For all this, among other things, the first vaccine to arrive does not have to be the best. Florian Kramer and Fatima Amanat recall that, apart from the Oxford University vaccine, they work on very different strategies. Some are highly experimental, others are more established and faster to develop, and others will be more effective but will require more work: “All platforms have advantages and disadvantages, and it is not possible to predict which strategy will be faster or more successful,” they write. . Only time and clinical trials will tell which vaccine will free us from the scourge of Covid-19.

The researcher Phuong-Danh Tran, working last Saturday on a vaccine candidate from the company Arcturus Therapeutics, in California (USA) – REUTERS
What will the vaccine for Covid-19 be like?
For now, there are dozens of vaccine candidates and only a handful are undergoing human experimentation. One of them is the experimental vaccine from the University of Oxford. These scientists work with a chimpanzee adenovirus, genetically modified so that it does not infect normally, and named ChAdOx1. It acts as a vehicle that introduces a specific SARS-CoV-2 sequence for human cells to produce a coronavirus protein that can activate an immune response. At least in theory.

Thanks to previous work with this vehicle named ChAdOx1, the Oxford researchers have designed clinical trials in which they have combined a phase I, in which the safety of a vaccine candidate is normally evaluated in hundreds of people, with a phase II, where the immunization conferred by the alleged vaccine in thousands of people is evaluated, to speed up the process. They have stated that they will do the study on 6,000 people and that the results will be ready in late May.

On the other hand, the American company Moderna, which was the first to inject a vaccine into a volunteer, works with an easy and fast vaccine to develop, based on the injection of RNA fragments, but which has never before been used in a drug. that has been approved. At the moment, she is conducting a small phase I trial with healthy volunteers. The also American company Inovio works on a similar approach in which the genetic material is DNA and not RNA, also in phase I.

See Also:  Astronomers discover new galaxy clusters that had remained hidden despite being in plain sight

The Chinese company Cansino uses a technique similar to that used by researchers at the University of Oxford. In this case, they have turned to a human adenovirus as a vehicle to insert a portion of the coronavirus genetic material. They are running a phase I trial and a phase II trial, with 108 and 500 volunteers, respectively.

Last week, the Chinese company Sinovac announced that it had successfully immunized four Rhesus macaques with a conventional vaccine, which consists of inactivating the virus by chemical methods to inject them and activate immunity. His intention to start massive human trials after the summer. At the moment, it is conducting safety studies on 144 volunteers. This company expects to start phase II in mid-May, with injections to 1,000 people, with its results ready by the end of June. Chinese Army researchers are carrying out phase I trials with another similar vaccine, based on an inactivated virus.

In addition to these, there are many other approaches to search for the Covid-19 vaccine, which will take longer but have a high probability of being effective. Institutions such as the Baylor School of Medicine in the United States are investigating the immunity provided by recombinant (modified) proteins and even the immunity to Covid-19 provided by an experimental vaccine for SARS. Other laboratories, such as the Serum Institute of India or the laboratory of Luis Enjuanes, researcher at the CSIC, are working on creating modified versions of the coronavirus to activate the immune response. Its great advantage is to provide a complete and lasting immune response. .