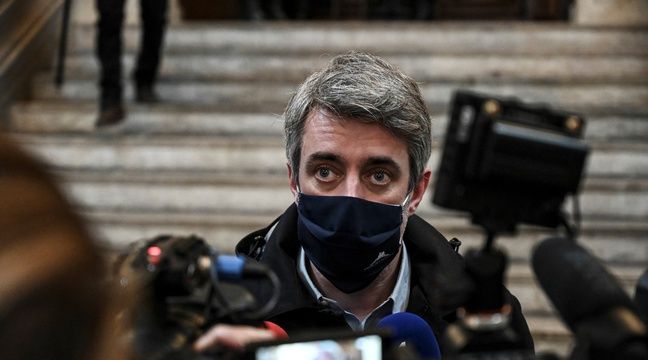 At the assize court of the Rhône, in Lyon

The discussions, held in the deliberation room, will remain secret. Curiosity would, however, have encouraged us to listen behind the door to find out the motivations of the jurors of the Rhône Assize Court who gave, Wednesday, a “surprise” verdict in
the Fiona case.

Judged on appeal for the death of her daughter in 2013, Cecile Bourgeon was sentenced to 20 years in prison while
Berkane Makhlouf was sentenced to 18 years. A difference which has not, for the moment, been explained since the motivations of the Assize Court have not yet been communicated. But for the first time in seven years of proceedings and four trials, the accused was sentenced more heavily than her former companion.

His attitude did not plead in his favor

“I tend to think that Cécile Bourgeon still crystallizes all fantasies today,” analyzes Renaud Portejoie, his lawyer. The day before the verdict, the counsel for the accused had nevertheless urged the jurors not to take into account “public opinion. “There is no place for instinct which is the evil genius of conviction”, they recalled. Without success.

Without proof, the jurors made “speak their quality of heart”, it seems, believing that the mother had also brought the fatal blows to her little girl. “We do not forgive her for what she was able to do, continues Renaud Portejoie. We don’t forgive him for this lie [d’avoir fait croire pendant des semaines que Fiona avait été kidnappée dans un parc]. And we make him pay judicially. “

It is clear that the attitude of the accused, during these two and a half weeks of hearing, probably did not plead in his favor. Not allowing to soften the court. The victimization in which Cécile Bourgeon locked herself, the lack of emotion displayed when it came to talking about the death of her child, the memory gaps when evoking a sweet memory have shaped the image. of a detached mother. Not very loving. Careless. The testimonies of experts or relatives have come to reinforce the portrait, already sketched, of a “manipulator”, of a “liar”.

“The false disappearance, that’s it. The media is her. She is concealing the body. And she would only be the accomplice? She is always one point ahead of poor Berkane Makhlouf, ”recalled Tuesday in his plea Jean-François Canis, lawyer for civil parties. So for his colleague Charles Friborg, the sanctions pronounced “demonstrate that Cécile Bourgeon had a more active, predominant role”.

“She’s the one who wears the panties”

“Throughout the debates, we saw that she had a central role in what happened to Fiona”, abounds Anne-Laure Lebert, lawyer for Fiona’s father. “She is the main instigator. It is she who wears the panties ”, in turn supports Nicolas Chafoulais.

Jean-Félix Luciani, lawyer for Berkane Makhlouf, also puts forward some hypotheses. “In what he was able to say to the Assize Court, my client conveyed, it seems to me, a certain form of sincerity”, explains the council. And to conclude: “The jurors have perhaps also taken into account his particularly unhappy childhood, his very difficult and painful life course. “

The United States in the process of authorizing a second vaccine, that of Moderna

Labeling or safety problem … 12% of non-compliant toys, alerts the DGCCRF