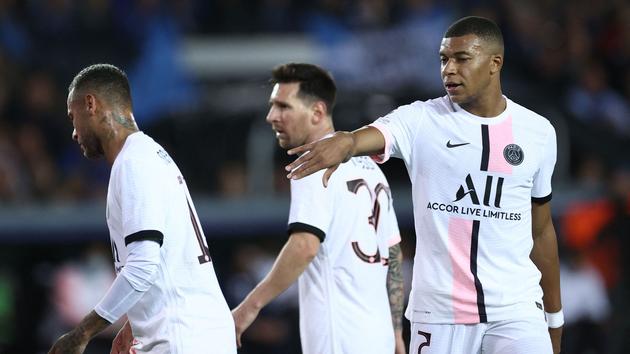 TO ANALYSE – From tactics to physicality, Mauricio Pochettino’s men still lack a lot to be level.

A bad for a good? Expectations were high for PSG’s Champions League debut on Wednesday in Bruges. If several major players were missing (Verratti, Gueye, Di Maria …), the capital club aligned, for the first time, its trio Lionel Messi, Neymar Jr and Kylian Mbappé. It was not enough to beat Belgian champions anything but respectful of the status of ultra-favorite of Mauricio Pochettino’s men. The two teams parted with a score of parity (1-1) at the end of a meeting which has long been close to tipping in favor of the locals. “It wasn’t a fantastic game for us. We missed clear opportunities, and that’s why we didn’t win ”, analyzed the Parisian striker, Ander Herrera. Except that the reasons go deeper.

Read alsoPSG’s notes in Bruges: Navas and Herrera save the furniture, Wijnaldum shipwrecked

“Overall, we are not happy with the result and the performance. We must do better ”, noted “Poche”, he who has seen in Belgium what is still lacking in his team. Obviously it is not