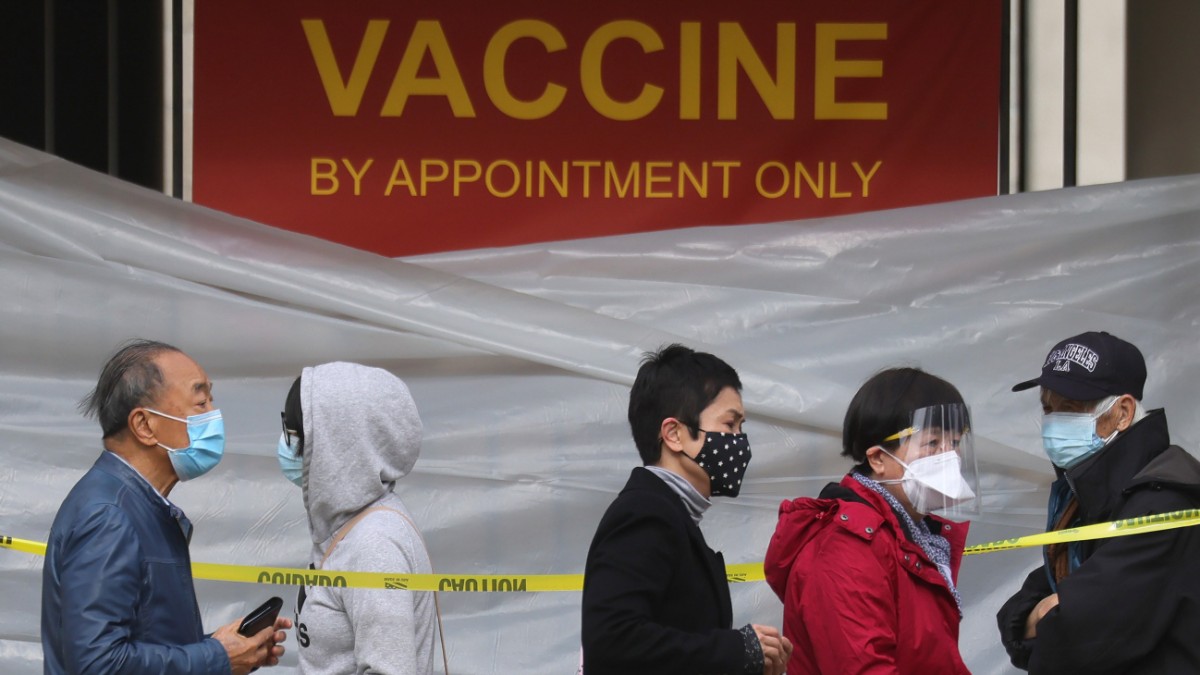 Around 2.1 million syringes with the coveted Covid vaccines have so far been administered in Germany. That is significantly less than many people would have hoped. But is it actually less than would be possible? According to data from the University of Oxford, a number of countries are actually ahead of Germany. Israel has launched an unprecedented vaccination program, but the UK and US also stand out. About twelve or eight out of 100 residents have already been vaccinated there.

In Germany there are just under three doses per 100 inhabitants. Great Britain and the USA also do better in terms of the number of doses administered daily, i.e. ultimately the current pace. Currently, 0.5 percent of the population on the island is vaccinated every day, 0.35 percent in the USA and 0.1 percent in Germany.

The fact that the vaccine from Biontech and its partner Pfizer was approved there at the beginning of December contributed to Great Britain’s lead. The vaccinations started about three weeks earlier than in Germany. Astra Zeneca’s vaccine came onto the UK market at the beginning of the year. Unlike the products from Biontech and Moderna, this preparation can be stored in a conventional refrigerator.

Any redistribution is a zero-sum game: if one gets more, the other has less

This also makes it possible for medical practices to join the immunization programs. Pharmacists have also been allowed to give vaccinations on the island for a long time. In England alone, more than 1,000 practices, pharmacies and clinics currently offer the syringes – in addition to large vaccination centers.

The US also has a small lead over the EU; the country had already started vaccinations against Covid-19 in mid-December. However, not everything is going as planned there. A milestone of vaccinating 20 million people by the end of 2020 has already been missed; it was only possible to immunize just under three million people. Chris Beyrer, Professor of Public Health at Johns Hopkins University, says: “The vaccination campaign is still too slow to have any real effect on the pandemic.” The reasons are, among other things, the tense situation in the health system, which is still struggling with a large number of Covid cases, a lack of resources and distrust of vaccines in parts of the population.

In the EU countries, the differences in vaccination progress are less pronounced. Denmark, Portugal and Italy, for example, have already injected slightly more doses per inhabitant, while Austria and the Netherlands have fewer. There are probably various reasons for this. Alena Buyx, director of the Institute for Ethics in Medicine at the Technical University of Munich and Chairwoman of the German Ethics Council, pointed out at an event of the Süddeutsche Zeitung point out that there are currently many mobile teams in old people’s and nursing homes in Germany. This procedure is very time-consuming – and is not carried out to the same extent in all countries.

The ethicist also emphasized that it was clear from the start that the vaccine would not be sufficient in the beginning. Every redistribution of the scarce good is ultimately “a zero-sum game”. If one population group or a country gets more vaccine, others lack it.

Experts who deal with global health are therefore also critical of the dispute that the industrialized countries have over as many vaccine doses as possible. Because the more doses they divert for themselves, the more poor countries are in danger of going empty-handed for a long time.

In fact, vaccinations are currently extremely unevenly distributed around the world. According to the World Health Organization WHO, the corona vaccination campaigns have started in 50 countries, almost all of them wealthier states. 75 percent of the doses used so far were vaccinated in just ten countries. The shortage is particularly great in Africa. In the past week, only one of the poorer countries on the continent had started vaccinations. A total of 25 people received protection in Guinea. At the time, more than 40 million people around the world had received the injection.

“It is understandable that governments give priority to medical workers and the elderly in their countries. But it is not right for younger adults in rich countries to be vaccinated before the elderly and health workers in poor countries,” criticized WHO chief Tedros Adhanom Ghebreyesus a few days ago in a speech to the Parliamentary Assembly of the Council of Europe.

Jeremy Farrar, director of the Wellcome Trust, warns that this behavior could ultimately lead to problems for rich countries as well: “Vaccinating a lot of people in some countries and letting the virus circulate uncontrollably in much of the world will create more virus variants . ” This increases the risk that the pathogen will change to such an extent that the vaccines are no longer effective.

But neither the richer countries nor the manufacturers are currently showing great solidarity, criticizes the non-governmental organization ONE. In this context, the organization points out that Astra Zeneca, a company so scolded in Europe, has committed itself to producing vaccines for poorer countries. It has pledged 470 million doses for the Covax initiative, with which the WHO and partner organizations want to give preference to countries in need of vaccines. Neither Biontech nor Moderna have made such commitments so far.