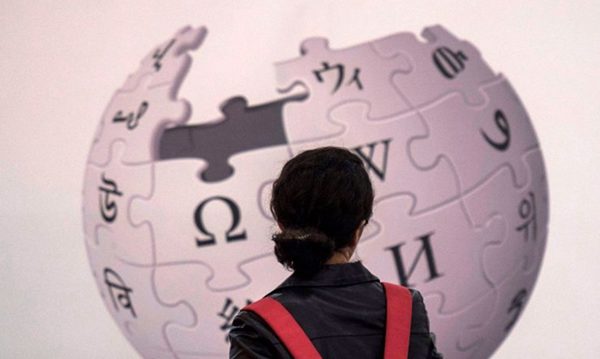 [Epoch Times September 16, 2021](Interview by Epoch Times reporter Li Yun) A few days ago, ChineseWikipediaRevoke the login rights of 7 mainland users and 12 administratorsEditing rights. In this regard, some people in the industry revealed that pro-communist forces infiltrated Wikipedia to continuously modify the rules to realize the CCP’s right to speak. The harm is huge. In the future, the Wikimedia Foundation will further clean up these people.

According to the announcement, after an in-depth investigation into the relevant behaviors of some members of the “Wikimedians of Mainland China” (Wikimedians of Mainland China) that were not recognized, it was decided to ban 7 users across the domain and remove 12 administrators. At the same time, some editors were informed of relevant policies and asked them to stop canvassing and human flesh searches.

Dennis emphasized: This action is based on the fact that some Wikipedia users have suffered physical injuries due to this infiltration. These actions may seem radical, but it must be emphasized that we made decisions based on many considerations and in-depth investigations.

ChineseWikipedia editorMr. Wu revealed to “The Epoch Times” that the “Mainland China Wikiman User Group” is a QQ group. The core members of the user group are Wikipedia’s pro-communist administrators and senior users. Wiki has public discussion mechanisms such as inns, but they have established QQ groups. Private canvassing, and even human flesh search threatens not to cooperate with their Wiki users and editors.

Mr. Wu said that in July, pro-communist administrator Walter Grassroot and others threatened to report a Hong Kong editor to the Hong Kong National Security Police. An honest user reported these people with screenshots and reported them to the Wikimedia Foundation. After two months of investigation, the foundation finally made a major decision.

Mr. Wu revealed that Wikipedia users are anonymous, and they use human flesh searches to collect personal information of the Hong Kong editor to attack.He said that the pro-communist administrators and supervisors andFifty centsedit, The operating methods on Wikipedia are consistent with the large-scale propaganda methods that the CCP has always used.

For example, they used information reported by the Chinese Communist Party media and official media to tamper with the content of the article for items such as the democracy movement, Falun Gong, Hong Kong anti-send China, and human rights lawyers.

Mr. Wu said that because of the CCP’s blockade of speech, some overseas media will expose the truth. For example, like Epoch Media, and the previous Apple Daily. If editors and users use this information as a source of evidence, they will be threatened by pro-communist forces. Because when he wanted to tamper with the entry, there was another voice on it, which was not easy to deal with.

Mr. Wu said that Wikipedia has a clear policy and stipulates that it does not label or appraise others on political standpoints. “But bad editors in mainland China will label many entries. For example, you are pro-Trump (Trump), you are right-wing, and you are pro-Falungong. In other words, he will label all entries related to Falun Gong. .”

Mr. Wu said, “The CCP’sFifty centseditNot only did they add the CCP’s brainwashing lies to Wikipedia entries from the standpoint of the CCP, but they also manipulated the reliability of the media. For example, the Hong Kong Position News was originally a reliable media, and it was previously rated as four. Level, now we need to reduce it to below level 3. “

“If it is an unreliable media at the second level, it cannot be used as a correct link and written in the content of the wiki entry as a source of evidence. The purpose of this is to make it easier for them to grab the right to speak for the CCP when they write news.”

Mr. Wu revealed that the Chinese and English media of The Epoch Times were marked by them as unreliable sources. The English Epoch Times was even slandered by bad editors from mainland China and some overseas gun-handwritten articles, and then it was convenient for them to block all the English Epoch Times so that they could not be used as a source of evidence on Wikipedia.

He revealed that many people in the Wikipedia community believe that the English Epoch Times is an independent media, and they dare to speak independently in many reports. Wiki should have such a source of evidence. In the compilation of Wikipedia, its objective and fair position Wiki is Very advantageous. But the pro-communist editor blocked the Epoch Times by canvassing votes.

“In fact, the pro-communist forces have turned all overseas media that can report on the real sources of information in China, as well as the anti-communist media they consider to be unreliable media.” Mr. Wu said that Apollo and the Voice of Hope were even sent to Latin America. In the blacklisted farms, if you cite their articles, it will trigger the Wiki editor to automatically block them.

“Among the people who dealt with this group, some actively advocated turning some anti-communist media into unreliable sources of information. Their harm to Wikipedia is very great.”

Mr. Wu said that the current division of the Wikipedia community is also caused by these people in the mainland group directly controlled by the CCP, including consuming the power of the community, hindering the editing of normal entries, and embedding the CCP’s views into Wiki entries. Therefore, the normal editors now hope that the Foundation can take greater action.

After the Wiki Foundation took action, the “Mainland Wikipedia User Group” issued a statement on the 14th entitled “Throw away illusions and prepare to fight”, criticizing the Foundation for blocking users. The relevant decision was groundless. The statement also encouraged pro-communist users and editors to use actual actions to resist the so-called suppression.

In response, Ms. Luo, an insider of Wikipedia, revealed to The Epoch Times that the “Mainland Wikipedia User Group” was controlled by pro-communist forces. They threaten editors with different opinions in the community, which in itself violates Wikipedia’s principles and editorial policy. If the foundation does not stop it, Chinese Wikipedia will soon fall into the mainland’s Baidu Baike.

Ms. Luo said that one of the most important reasons for the foundation to deal with these people this time is for the healthy development of the wiki in the future, and also to protect wiki editors and users who dare to tell the truth.

“This action is a very big shock to the entire Wikipedia community and an unprecedented measure. It is also a shock to the pro-community editors who dance with these people in the community.” Ms. Luo said that their infringement of Wikipedia It may also be dealt with in the future.

She revealed that the current Wiki community has a point of view, and many people hope that this action by the Wiki Foundation is just the beginning. This action is aimed at some actions taken by people in the community who directly used Hong Kong’s National Security Law to report and threaten Wiki editors. The corresponding managers may also be involved.

Ms. Luo said that some of the guidelines of the Wiki Management Committee’s reforms will be more closely monitored. “These actions will also involve the pro-communist forces that infiltrated Wikipedia in the early stage, so some people are clamoring to fight to the end.”

Ms. Luo believes that this is a reflection of the CCP’s information warfare on Wikipedia. They knew that Wikipedia continued to rectify in this way, and their way of penetrating Wikipedia was blocked, so they were very panicked. They claimed that the anti-communists who reported them were Taiwan independence and Hong Kong independence. These words were used by the CCP to brainwash the Chinese people. The Wiki Foundation also sees that this force is very harmful, so it will further clean up this batch of mainland users and editors.

Wikipedia is operated by the non-profit organization Wikimedia Foundation. It is a multilingual encyclopedia collaboration project based on Wiki technology. It is a web encyclopedia written in multiple languages ​​and is characterized by free content and free editing. It is the largest and most popular reference book on the global network, and it ranks among the ten most popular websites in the world.