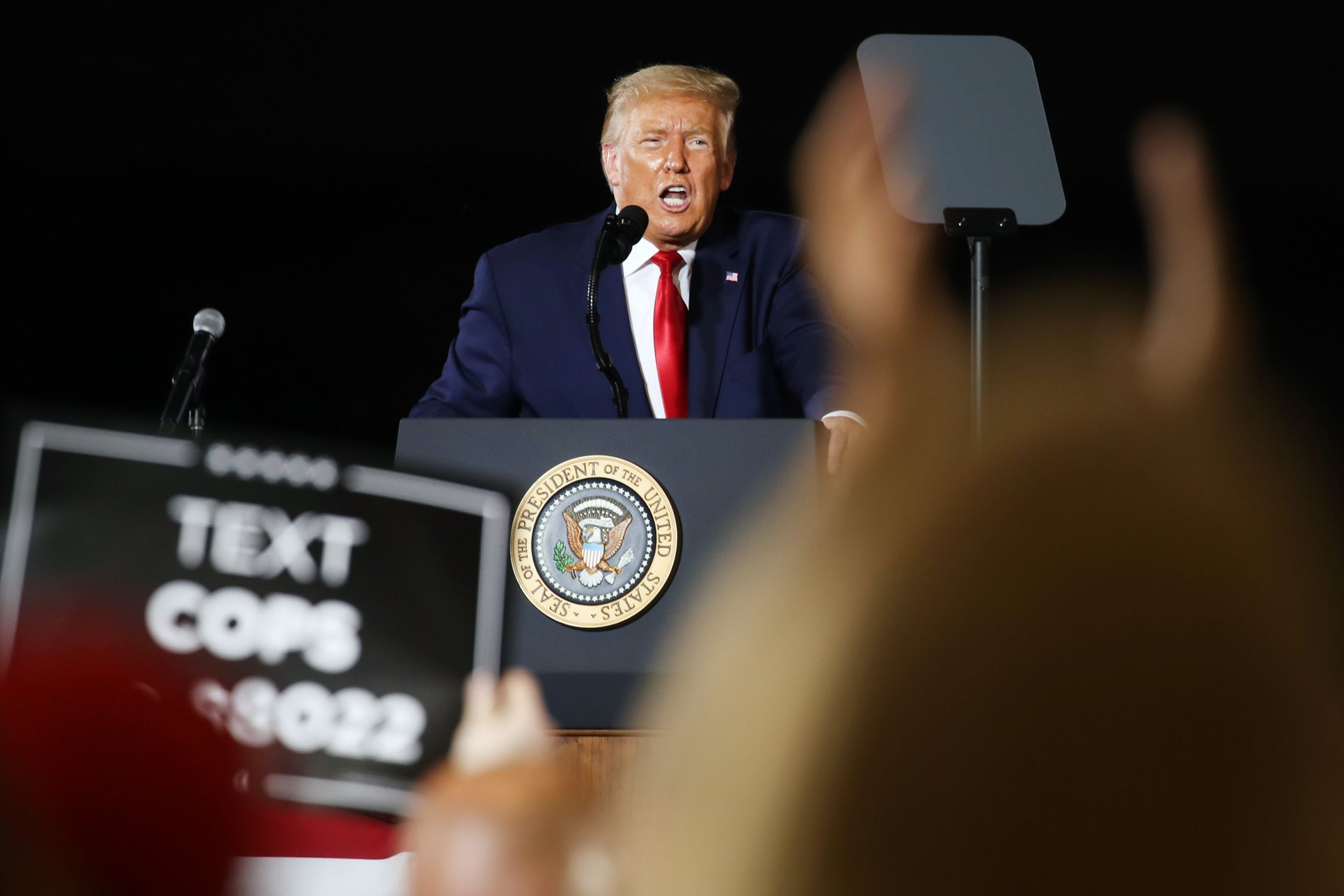 US President Donald Trump is raging against violence in several American cities. On Tuesday, he will travel to Kenosha to assess the damage after the demonstrations against the police shooting of Jakob Blake.

“I think the visit has only one purpose, and that is to stir up the mood and make things worse,” said the Democratic congressman. Karen Bass from California to CNN.

She is the leader of the Congressional Black Caucus group where most of the African-American members of Congress are organized.

The father of Jacob Blake to VG: – It’s my duty to be here

The city of Wisconsin, Kenosha, is the latest in a series of U.S. cities marked by demonstrations against police violence and racial inequality in the United States. after 29-year-old Jacob Blake was shot seven times in the back by police Sunday a week ago.

Here, as in several other cities after the police murder of George Floyd in Minneapolis in May, Some of the protests have taken a violent – and also fatal – turn.

A 17-year-old is charged with murder after two people was shot and killed during the demonstrations on Tuesday. He is said to have armed himself and left the neighboring state with the aim of “protecting the city” from the protesters.

Believes Democrats are to blame

On Sunday, White House spokesman Judd Deere announced that US President Donald Trump will visit Kenosha on Tuesday to meet with local police and assess the damage to businesses that have been set on fire and looted.

Wisconsin’s Democratic Gov. Tony Evers is clear that he does not want a visit from the White House, and in a letter asks the president to cancel the plans.

– I am concerned that your presence will only delay our work to get us over the split and get us on together, he writes in the letter, reproduced by CNBC.

The White House has not yet commented on the letter from Evers.

President Trump has long been aware that he believes the riots and demonstrations in the streets of the United States can only be calmed down if the authorities put all the cloths on.

American professor for VG: – Polarization permeates the whole of society

I without nomination speech at the Republican National Convention Friday night, he emphasized that violence mostly takes place in democratically controlled cities, and that a United States under rival Joe Biden would mean more of this.

– The only way you can stop the violence in the democratically-governed cities with a lot of crime, is by showing strength! he wrote on Twitter on Sunday night, two days before his planned visit to Kenosha.

In a new statement published earlier in the day, he writes “LAW AND ORDER” !, while in a third he criticizes Mayor Ted Wheeler in Portland in the state of Oregon.

War of words after Portland murder

Trump writes that Wheeler, who has previously been in several word wars with the president, will never be able to end the violence without the help of the federal government.

Here was a man shot and killed after collision between Black Lives Matter protesters and Trump supporters on Saturday. The circumstances surrounding the shooting are currently very unclear, but the killed man was a supporter of the right-wing radical group Patriot Prayer, writes the news agency AP.

Trump har shared a video of the group of supporters driving into Portland on Twitter, with the text «great patriots!».

US Secretary of Security Chad Wolf rejects in an interview with CBS that Trump’s Twitter messages are helping to stir up the mood in the country.

– Absolutely not. The authorities are not doing their job to protect the inhabitants. In Portland, we have seen three months, three months of private individuals being allowed to set fire to public buildings with few or no consequences, he says.

Portland Mayor Wheeler writes in a letter to Trump Sunday that he does not want federal help to deal with the situation.

– Do you really wonder, Mr. President, why this is the first time in decades that the United States sees violence on this scale? You are the one who has created the hatred and division, he says to the president according to AP.

VG met protesters outside the White House Friday night, where Trump gave his nomination speech. See what they had to say here:

Before the November 3 presidential election, the Democrats’ message is precisely this; that the violence is happening while Donald Trump is president.

– It’s a president’s job to lower the temperature. We are all less confident because Donald Trump cannot do the job of a US president, says their presidential candidate Joe Biden in a statement.

Read on VG +: – The dangerous development began before Trump

See Also:  The president of Paraguay requested a reserved session in Congress for the death of Argentine girls in a guerrilla camp

Wisconsin Sen. Ron Johnson, a Republican, for his part, says local governments in his state are not doing what they can to prevent the violence.