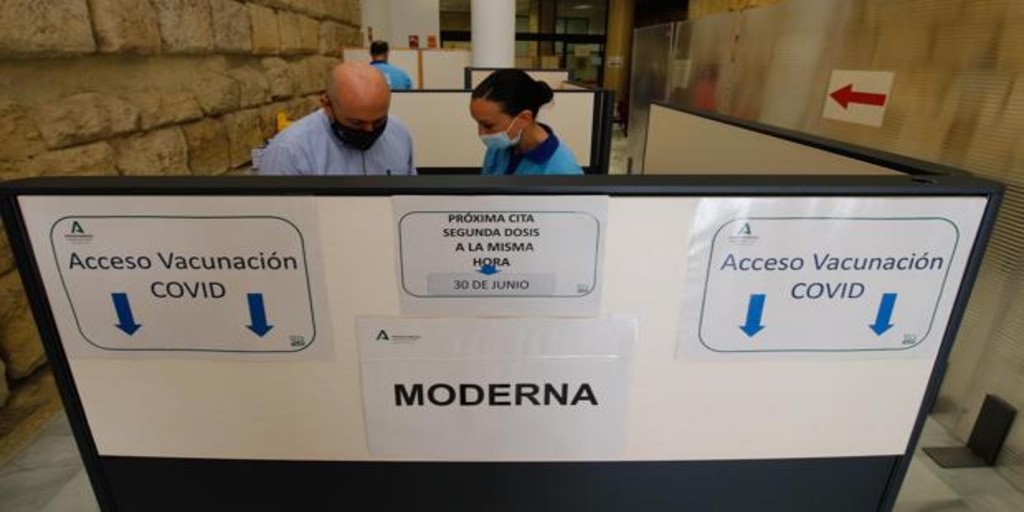 In recent statements, one of those responsible for BioNTech, Pfizer’s collaborating laboratory on its mRNA vaccine, stated that a third dose of this vaccine will be necessary.

It is known as immunosuppression to the situation in which there is a suppression or reduction of immune reactions. That is, the immune system does not do its functions correctly or in a completely normal way.

This situation can originate either from the use of treatments that induce this situation in our body, or because we suffer from a disease that causes it.

Organ or blood transplantation, HIV, cancer, immunodeficiencies, autoimmune or rheumatic diseases, or even malnutrition, would be some examples.

Organ transplants have to do with recipients taking medications to suppress the immune system so that the body does not reject the newly implanted organ. As for cancer, either due to the disease itself or due to chemotherapy that is sometimes necessary, our body is in a similar situation.

COVID-19 vaccines stimulate the immune system to generate a response, in this case against the SARS-CoV-2 virus, so that when it occurs without warning we are prepared.

The most immediate question then would be if those “defenses” that have to be in charge of stopping the virus will be able to fight well if they are somewhat weakened, and therefore if these people should be vaccinated. The short answer is yes.

What do we know about the vaccine effect in these patients?

It is too early to know how powerful our body’s response is in a situation of immunosuppression against the virus when we get vaccinated. What we do know is that vaccines are safe in these patients.

Even though it is early, we are having clues that indicate that the response to vaccines in these patients would be different from the rest.

There is also evidence that drugs widely used as immunosuppressants, including mycophenolate mofetil (which inhibits the proliferation of T and B lymphocytes), may have a negative effect on postvaccinal antibody activity.

In patients with inflammatory bowel disease, such as Chron’s disease, there is also evidence of a decreased response, although the type of therapy plays an important role.

On the other hand, in people with antirheumatic drugs the response also changes depending, above all, on the type of drugs used. With one in particular, called rituximab, also widely used in hematological, kidney, and rheumatic diseases, among others, according to a study published in
BMJ, there was no seroconversion (production of antibodies) after vaccination (0% if it had been treated less than 6 months, 90% if the treatment had lasted more than 12 months).

Due to the type of study, the conclusions cannot be taken as definitive, but it must be taken into account.

But there are also favorable data. The cellular response seems to be conserved in transplant patients.

Additionally, in cancer patients with intravenous chemotherapy and to whom an mRNA vaccine was administered, despite observing that, after the first and second doses, neutralizing Acs were detected only in 67 and 80% of the patients, the cellular activity was similar to the control patients with whom it was compared and who did not have cancer.

In fact, according to a study of a few days ago in liver transplant and immunosuppressed patients, the immune response mediated by T cells, generated by the body after overcoming the disease, was comparable to non-transplanted patients. And this is not trivial because it is precisely these cells that are responsible for producing antibodies and “remembering” the invader in subsequent exposures.

In short, the evidence so far is mixed, so it is difficult to issue general recommendations that are useful for all types of immunosuppression.

Third dose yes or no?

As we explained at the beginning, one of the questions that arises is whether in these patients a third “booster” dose would be necessary to achieve optimal activity. It seems unlikely that it will be necessary for the general population, especially after some data that speak of a permanent duration have come to light.

But in patients with immunosuppression or immunodeficiency, ruling out a possible third dose still seems risky, because we lack solid data in this regard.

There has been a case of a transplant doctor from NY, with a heart transplant and with immunosuppressive medication, who received a double dose of Pfizer and did not reach a good response. After this, he received a third with Janssen, after which his Acs and lymphocyte levels increased. But it is only one case, of course.

What we do know for sure is that the two-dose regimen, except in the case of the Janssen vaccine (single-dose), must be completed in all people, but especially in this type of immunosuppressed patients.

Should the immunosuppressed then be vaccinated?

Currently, the benefit of the vaccine outweighs any risk or possibility of new autoimmune reactions or disease outbreaks after vaccination. With the exception of an allergic history after the first dose or existing allergies to the components of the vaccine, there are no known contraindications.

Immunosuppressed patients are at a higher risk of contracting COVID-19 as well as having a worse prognosis if they become infected. Although the response to the vaccine may be decreased in these patients, it could protect them to some extent from developing a serious disease, a very relevant fact. Also, since we know they are safe and cause no problems, all the more reason to recommend them.

On the other hand, we know that, on certain occasions, in these patients the virus can remain replicating for a longer time than usual, favoring the appearance of variants with a greater capacity to escape immunity. It is even known of a case of a patient with leukemia in which the virus persisted in his body up to 197 days after diagnosis, without causing symptoms, and developing major changes in its structure.

Therefore, to avoid this, the rapid and complete vaccination of these patients becomes even more important. Also for the benefit of the community.

In addition, strategies are already being developed to optimize the vaccine response depending on the type of drug used in each patient according to the pharmacotherapy.

But obviously, we need robust studies on the true impact of this condition on the response to vaccination. By pathology and by type of treatment used. It is vital that we can identify which drugs, at what doses, and for how long they should be able to be used to avoid a reduction in response to vaccines. Uncertainty takes its toll on these people.

To conclude, immunosuppressed patients should be vaccinated, with priority, regardless of their age, and with the full schedule, of course. It should be possible to study their particular response to the vaccine after it, and their partners should also be vaccinated (even if it is not their turn). And keep exceptional precautionary measures.

Originally posted on
THE CONVERSATION.ES