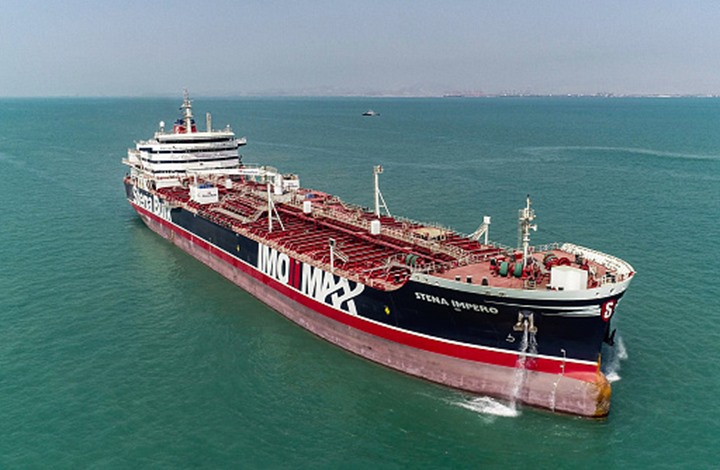 The “Foreign Policy” magazine considered that the collapse of Lebanon may contribute to bringing the hidden conflict between Iran and the Israeli occupation in the waters of the Mediterranean Sea into the open.

Vividity the magazine In the report on the security risks that the collapse of Lebanon may cause, and its impact on the region.

It added that earlier this month, an Iranian and an Israeli tweet caused a storm in the already turbulent waters of the Mediterranean.

She explained that on June 26, the Iranian embassy in Lebanon wrote a “vaguely worded” tweet with a picture of an Iranian ship, and said that Iran did not need America’s approval to send fuel to Lebanon, and hinted that an Iranian ship loaded with fuel was bound for Lebanon.

However, the Lebanese Ministry of Energy quickly denied its request to import Iranian fuel, but speculation spread before that that there was indeed an Iranian oil tanker on its way to the port of Beirut.

Then, on July 6, IntelliNews, a blog on Israeli defense and intelligence affairs, tweeted that Iran had sent the Iranian-flagged Arman 114, carrying Iranian crude, to Lebanon.

And the tweet stated: “Hezbollah is conducting a logistical operation to smuggle Iranian fuel to Lebanon.” The leader of the party, Hassan Nasrallah, had pledged to import fuel from Iran, which supports him, to present himself as a “savior” for his country, which suffers from a devastating shortage of basic commodities.

Read also: Nasrallah talks about the government and is “ready” to import oil from Iran

The magazine says that the tweets indicate the widening of the war between “Israel” and Iran, which has been taking place mostly in the shadows until now.

She explained that for years, Iran and “Israel” have engaged in mutual attacks on each other’s ships in the Mediterranean and beyond, and the confrontation has mostly centered on Iranian oil tankers bound for oil-thirsty Syria, but now the conflict appears to be expanding to include Lebanon, which increasingly appears to be on the defensive. On the verge of economic collapse.

The website “Tankers Trackers”, which provides a ship tracking service on the Internet, revealed on June 13 that the ship “Arman 114” had already docked in Baniyas port in Syria, noting that he was tracking it with two other ships carrying Iranian crude, stressing that the port is Syrian Baniyas, not Beirut.

Tanker Trackers wrote on Twitter: “The latest satellite images confirm that the three Iranian tankers went to Baniyas in Syria.” Then it became clear that the Iranian embassy’s tweet was just an attempt to provocation, as it used an old image and in fact Arman 114 was not on its way to Lebanon.

The magazine added that fears of an escalation between “Israel” and Iran were averted at the time, but Israel’s strategy to target Iranian oil tankers is still very active, and Iran’s determination to respond in kind and attack Israeli merchant ships or those of America’s allies in the Gulf continues.

The magazine pointed out that Iran has shown that it is defying US sanctions, and it has also become clear that Washington and Tel Aviv cannot stop all Iranian moves in this direction, because the United States is bound by international law, and Israel is also shying away from Iranian retaliation, as Geran controls the strategic Strait of Hormuz.

Farzin Nadimi, an associate fellow at the Washington Institute for Near East Policy and an expert on security and defense for Iran and the Persian Gulf region, said that technically, a ship cannot be stopped in international waters unless it violates international maritime law or unless the flag state permits it.

He added: “If it is known to carry contraband such as drugs or weapons of mass destruction, there are US laws that allow stop and search on the high seas, or in some circumstances such action can even be justified under universal jurisdiction, and Congress can also pass a law, or it may pass The president has an executive order that penalizes individual tankers and asks other countries to stop them as soon as they enter their territorial waters, or face the sanctions themselves.”

He continued, “Iran has one of the largest fleets of tankers and has great experience in how to hide the movement of its oil shipments, and it regularly changes the flags on its ships, renames tankers, and turns off its automatic identification systems to avoid tracking.”

According to the US Treasury report, Iran deployed a group of front companies with the help of Hezbollah to be able to sell its oil despite the sanctions.

Experts say that while US sanctions have succeeded in blocking the movement of money through banking channels, they have had little success in preventing Iran from selling crude at discounted prices for cash, pointing to a steady rise in oil exports since late last year.

She added that during the era of former Israeli Prime Minister Benjamin Netanyahu, Tel Aviv was accused of attacking dozens of Iranian ships, most of which carry fuel to Syria and some of which supply weapons to Iran’s proxies.

Read also: 3 Iranian oil tankers with a capacity of 1.7 million barrels are heading to Syria

The new Israeli Prime Minister, Naftali Bennett, adopts more hawkish views than his predecessor, according to the magazine, and says that Israel should attack Iran when its proxies – Hezbollah or Hamas – bomb anything “inside Israel.”

Less than a month after he came to power, Iran accused the occupation of targeting a nuclear facility in Karaj, which is said to be producing centrifuges to replace those damaged in Israel’s previous covert attacks on the Natanz nuclear facility.

Many Israeli analysts believe that covert Israeli strikes inside Iran and overt air strikes in Syria on Iranian arms depots serve the occupation’s strategic interests better than naval attacks.

Experts believe that Bennett must take into account the risks arising in the maritime arena, while continuing to sabotage the land, air and cyber security of the Iranian nuclear device.

While others believe that “Israel” should avoid being drawn into a dangerous naval conflict, Shaul Khorev, a retired Israeli marine general who heads the Naval Policy and Strategic Research Center at Haifa University, stressed caution. He stressed that “attacking Iranian tankers does not discourage Iran from enriching uranium or from financing Hezbollah and other proxies.”

He explained that the maritime conflict comes at a high cost to Israel, especially in the areas of the Persian Gulf and the Arabian Sea, which are outside the scope of the Israeli Navy and its ability to protect its ships in this region.

Meanwhile, the Lebanese people continue to suffer from fuel scarcity, and if the naval war between Israel and Iran expands, this conflict will continue for much longer.