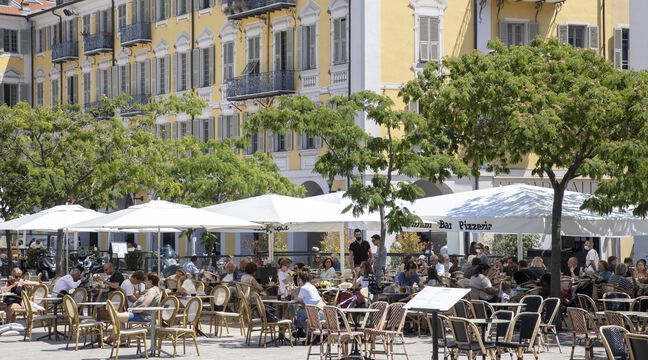 Would the opponents of the decried health pass have found a legal loophole making it all the more questionable? This is what seem to hope the many Internet users sharing a reflection of the lawyer specializing in public health Fabrice Di Vizio, very critical of the government management of the health crisis.

“Maître Di Vizio, in his daily live, raises an interesting point about the terraces and the sanitary pass: [des] terraces [dont l’accès est conditionné au] sanitary pass would imply occupation of the street with the sanitary pass ”, affirms a Twitter user, relaying, in the process, the extract concerned.

Master @ DIVISION1 in his daily live brings up an interesting point on the terraces and the sanitary pass: Terraces with sanitary pass would imply occupation of the street with the sanitary pass.
Full video: https://t.co/to3z55IF6X pic.twitter.com/CK7aqmPCgD

Does such a demonstration make legal sense? No, explain to 20 Minutes Louis le Foyer de Costil, lawyer specializing in public law. “A terrace is part of the public domain but it comes under the authority of the establishment which has obtained the authorization to occupy it, in the same way as a puppet theater or a merry-go-round set up in a garden. The operator who occupies it is responsible for it. The law is clear, so there is no reason to wonder, nor to make a penalizing interpretation of it. “

As recalled the Servicepublic.fr website, the occupation of the public domain by a business must be the subject of a temporary occupation permit (AOT), with clearly defined characteristics: “It may not be assigned or sublet to anyone other, nor sold on the occasion of the sale of goodwill. […] It is generally valid for one year or one season. The start and end dates are specified in the authorization order […]. It can be suspended or withdrawn at any time by the municipality, without notice or compensation ”.

“The real question is whether it is proportionate”

“If the terrace is installed without authorization, the problem is elsewhere, the town hall must not allow free use of its public domain, since any occupation is subject to a fee”, specifies Louis le Foyer de Costil – the offenders are exposed to a fine of 1,500 euros. And if several cities have set up, exceptionally, ephemeral terraces in the summer of 2020 that do not require authorization or fees, most of them have changed their regulations for the 2021 season, like the city from Paris.

For the lawyer specializing in public law, the extension of the sanitary pass to the terraces of bars and restaurants rather raises another problem: “The real question that arises, in my opinion, is whether it is proportionate. The Council of State or the Constitutional Council could for example say: “The sanitary pass is authorized, but only indoors because it has no meaning outside, where the risks of contamination are more limited”. We should rather ask ourselves about this than about the public domain. “

The Minister of Health, Olivier Véran, recognized besides himself, July 20, the practical reasons justifying according to him to require the sanitary pass on the terrace of the establishments: “If we apply the pass inside but not outside, that means that all the people who are there. outside on the terrace cannot enter the place. So they don’t use the toilet, don’t come home to pay […]. The thing, I tell you with a bit of hindsight, is absolutely unmanageable, including for restaurateurs. “