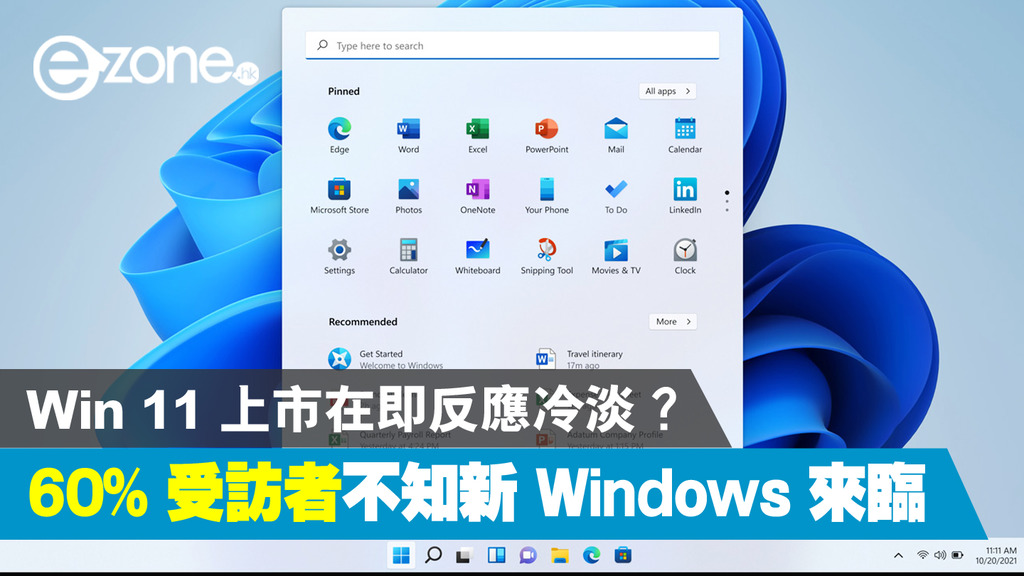 Microsoft will officially launch a new operating system, Windows 11, in early October. Do you think that the arrival of Win 11 is what everyone expects? An investigation report in the United States was splashed with cold water. The report stated that more than 60% of the respondents did not realize that Microsoft would launch the Windows 11 operating system.

Windows 11 will be officially launched on October 5th, and eligible Windows 10 users can get the update for free. Recently, the results of a survey conducted by the United States on price and discount website saving.com may have disappointed Microsoft executives. The survey was conducted in early September. 1,042 Windows users in the United States were interviewed in the form of online questionnaires. Unexpectedly, 62% of the respondents said they were unaware of the launch of Windows 11.

immediately[Click here], Use the App to watch more products out of the box technology videos