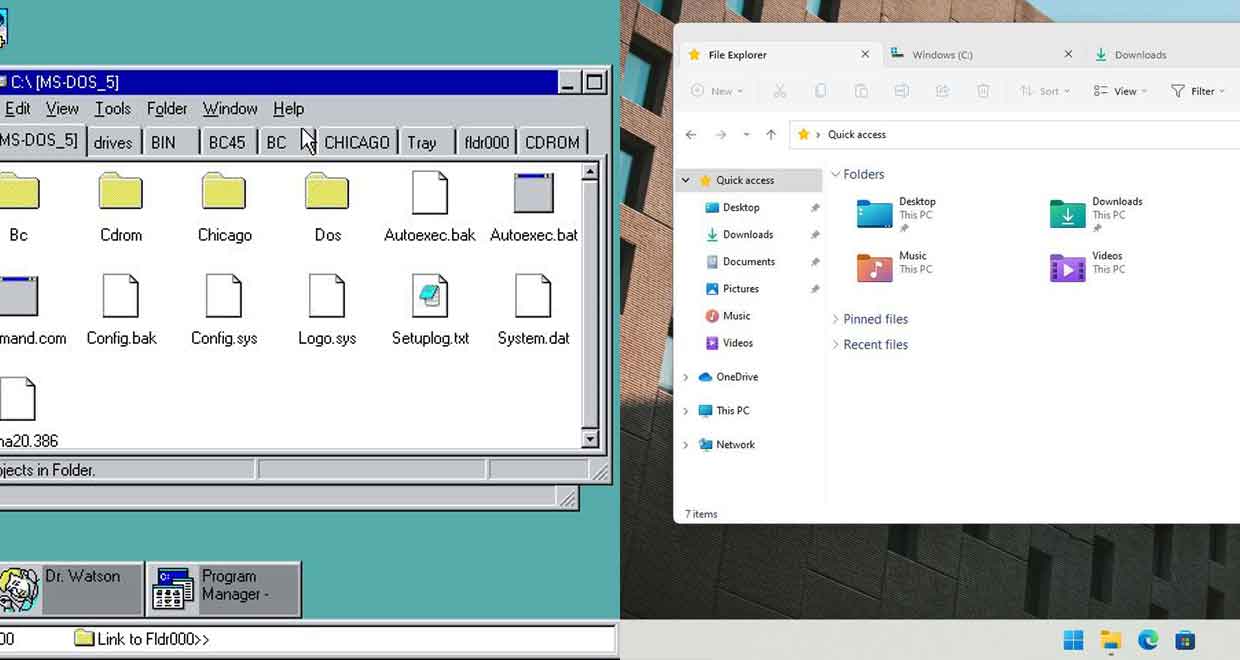 Windows 11 22H2 introduces many new features including support for tabs in File Explorer. This breakthrough was expected and requested by the Windows community. The wait was long… 27 years.

The presence of tabs in File Explorer improves the user experience of Windows 11. Productivity gains in efficiency while this advance was requested since the abandonment of a first test called Sets. In reality, this feature was planned much longer than that.

The first version of Windows that was supposed to take advantage of tabs in File Explorer was none other than Windows 95. The feature even made its way into beta. The few screenshots published by @wowstartsnow allow us to take a closer look at how it was all supposed to work.

Windows 95 is one of the oldest and best-known graphical environment operating systems for individuals. The first version was released on August 24, 1995, sold by Microsoft1. This is a significant improvement over previous versions of Windows. During its development, it had been referred to as Windows 4.0or by the code name of Chicago.

If this support for tabs by File Explorer was announced with Windows 11 22H2, it requires the installation of a particular update, “Moment 1”.

During its deployment Microsoft explained

Improvements to File Explorer, including the addition of tabs to help you organize your sessions like you do in Microsoft Edge. The new File Explorer home page gives you quick access to your favorite and recent files, so you can pin important files for quick and easy access, even including information at a glance on the actions of your colleagues on your shared files thanks to the power of OneDrive and personalized suggestions based on your Microsoft 365 account.

The previous attempt was with Windows 10 when Microsoft used a feature called Sets supposed to extend the tabs to the whole operating system.

However, the project was abandoned.

Orestes puts Rafa on the ropes, who gets 19 consecutive hits… Will they be enough?