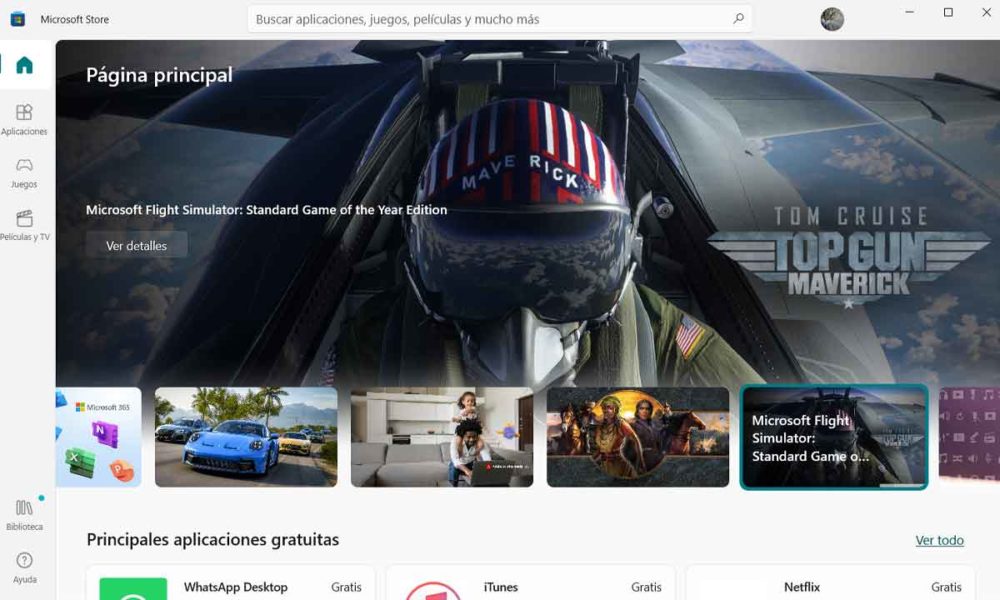 Microsoft continues to work to bring more news to Windows 11in a confirmation that, perhaps, if its launch had been delayed a year, the feeling from its first day of launch would have been that of a great renovation, a great leap compared to Windows 10. However, it should be understood that in Redmond were aware of this and that, if they decided that it was time to present and launch Windows 11, their reasons would be compelling.

Be that as it may, Windows 11 has been with us for a few months now, and from the very moment of its presentation, Microsoft gave us signs that Microsoft Storethe app store for Windows, was to become a very important element of the operating system. A most understandable strategy, because until now the use of it by users has been marginal, while the models that we can see in the operating systems for smartphones are brutally majority. And not only on iOS, where the App Store is the only option to install software, but also on Android, where there are other options.

The main novelty of the Microsoft Store in Windows 11 is the arrival of Android apps, which in turn is one of the main reasons for many users to update to this new version of the operating system. However, it is not the only one, as the company continues to work on adding new functions. And the last example of it we found it in Windows LatestcWith a new feature that will allow quick reinstallation of apps.

When you purchase an app from the Microsoft Store, whether paid or free, it is associated with our Microsoft account, but if we format the system or acquire a new PC with Windows 11, we will have to look for the list of apps that we have to, at that moment, start installing them one by one. Something that as the number of apps increases, makes the work more tedious and “steals” us much more time. Now, the novelty posed by the Microsoft Store is a new section in which we will find all our apps and that will speed up the process of reinstalling them.

For it, we can choose to install them all with a single click Or, if we want to be more selective, we can select all those that we want to install in Windows 11 and again, with a single click, tell the store to install them. With this new feature, users may be more likely to install software from the Windows 11 store, instead of downloading each app from its own website, as this new feature ensures a much faster and more convenient restore. Now the only thing missing is for more developers to be encouraged to upload their apps to the store.

Hepatitis A cases linked to strawberries