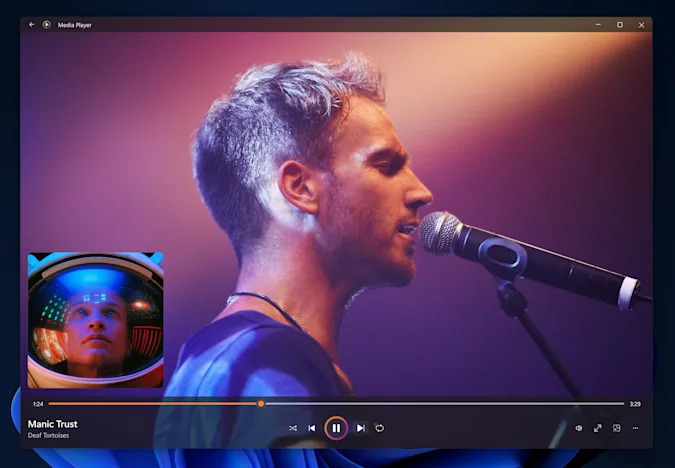 Microsoft has started distributing “Media Player”, which is equivalent to the next standard media player for Windows 11, on Windows Insider, a channel for developers.

Until now, the Windows series has been equipped with “Windows Media Player” as a standard media player. From Windows 10, there is also a music app “Groove Music” that has been renamed the “Xbox Music” app.

“Media Player”, which has been distributed to Insiders this time, is positioned to integrate Windows Media Player and Groove Music. You can watch both videos and music, and create and manage playlists.

The playback interface is available in both full screen and mini player, displaying album art and artist images during playback. Accessibility, such as keyboard shortcuts, is also taken into consideration.

Windows Media Player has been one of the apps that has the same basic functionality and appearance for quite some time, but it seems that it’s finally time to renew it, including its name.