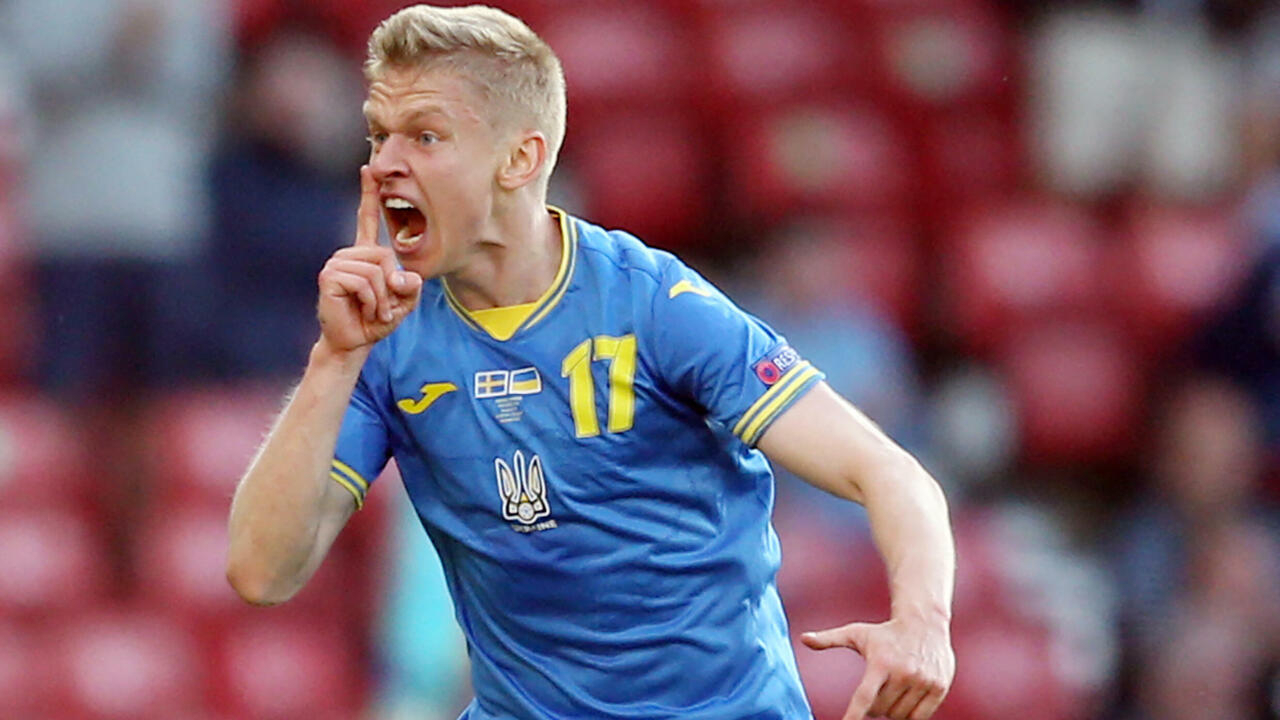 At the end of extra time, Ukraine beat Sweden 2-1 in extremis to become the eighth and last qualifier for the quarter-finals of Euro-2021.

The round of 16 have delivered their verdict and Ukraine is the last to qualify for the rest of the competition. The Ukrainians took the advantage in the last moments of extra time against the Swedes reduced to ten (2-1).

Sweden enter their game perfectly at Hampden Park in Glasgow. It dominates, presses high and leaves little exploitable space for its opponents. Isak gets the first chance. Alerted behind the defense, he was preceded by Buschnan who intervened with both fists (4e).

Back to back at the break

Ukraine eventually extricated itself from the grip. Shaparenko takes his chance at the entrance to the area but it goes very far to the side (10e). Then, on the right, Yarmolenko crosses back and finds Yaremchuk, who strikes in first intention but sees Olsen push back the attempt (12e).

This Ukrainian highlight is followed by a Swedish highlight. Isak is served at the entrance to the penalty area. He tries to roll his shot which ends up to the right of Buschan’s cage (19e).

However, against the course of the game, it was Ukraine who opened the scoring. Zinchenko, little seen since the start of the Euro, places a perfect cross half-volley. Olsen can’t do anything (27e, 1-0).

3 – Emil Forsberg is the first Swedish player to score in 3 consecutive matches in a major tournament since Kennet Andersson at the CdM 1994, he who is also the only one to have found the net more often (5) than Forsberg at the#EURO2020 (4) on the same tournament. Series. pic.twitter.com/p0Ni7bbc8k

Sweden reacts quickly and gets a long free kick. Larsson fakes the pass but ultimately chooses the shot. Bushchan dives to his line and foils the attempt (29e). On the other hand, he cannot do anything a few moments later when Forsberg unleashes a powerful strike from 20 meters, countered by one of his defenders (43e, 1-1).

After the locker room, the two teams will find the post in turn: Yarmolenko tumbles to the right of the opponent’s area and goes back for Sydorchuk, whose recovery crashes on the Swedish left upright (55e). Forsberg did the same moments later (57e). He found the transverse a few moments later (68e).

After these sequences of madness, the two teams seem to blame the blow. In lack of additional ideas, Ukrainians and Swedes turn the ball in the middle of the field while waiting for a hypothetical loophole. Consequence: the match is bogged down and the 22 players seem to be waiting for the extension. Only Kulusevski brings the spectators out of their torpor with a strike from the right of the area which ends in a corner (89e).

4 – Marcus Danielson is the 4th player to receive a red card in extra time in a EURO game, the first since Nuno Gomes with Portugal against France in 2000. Dangerous. #EURO2020 pic.twitter.com/uuEXnRXejN


An overtime that starts in the worst possible way for Sweden. Video refereeing logically expels Danielson for an uncontrolled tackle on Besedin (98e). The Ukrainian comes out injured. Moreover, the first half of extra time looks like a game of massacre: little football but a lot of injuries. Krafth takes a ball in the head, Yarmolenko holds his calf after an attack …

The second half is not more attractive but Ukraine tries to take advantage of its numerical advantage: Dovbyk misses the inevitable in front of Olsen (111e). And, finally, a cross from Zinchenko is taken from the head by Dovbyk who deceives Olsen (120e+1).

In quarterfinals, Saturday in Rome, the Ukrainians will face England, which eliminated Germany (2-0) earlier Tuesday.