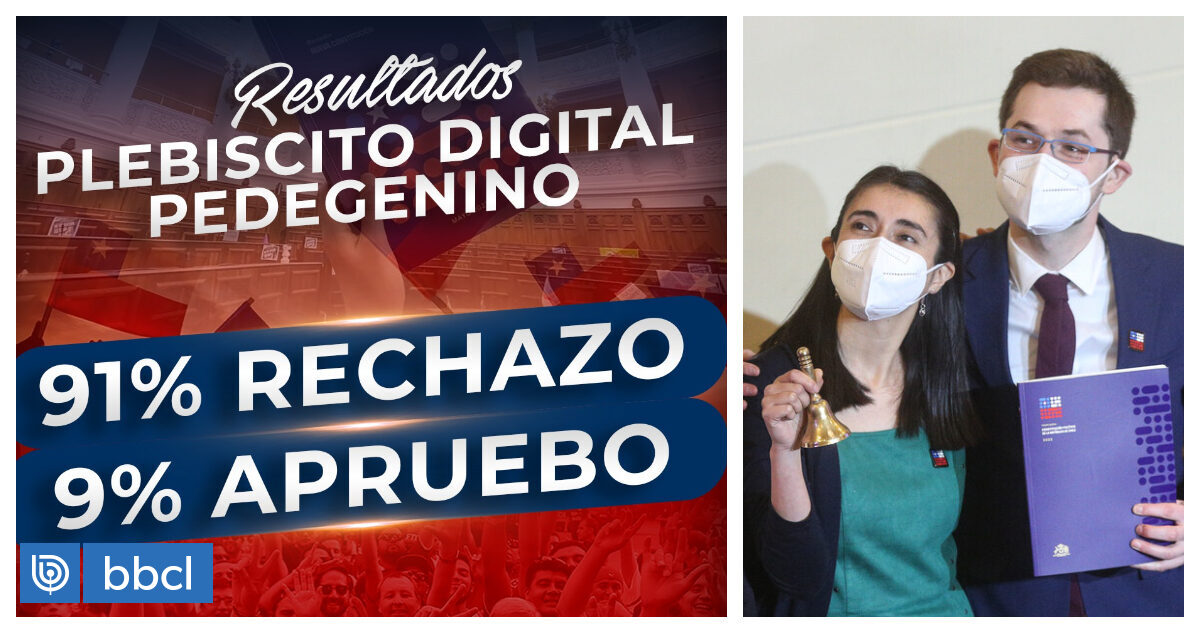 “There are things that are not negotiated, which is why we see with sadness that it is a Constitution that we do not find to be valid,” said Luis Moreno, national president of the community.

An internal digital consultation of the People’s Party (PDG) carried out yesterday, Monday, showed 91% support for the Rejection and only 9% adherence to the Approval of the new Constitution.

The information was shared last night in a broadcast via social networks by Luis Moreno, national president of the PDG.

“We believe that this Constitution, despite the fact that the majority of the people in the party agreed in a plebiscite that we did before a change, unfortunately we do not all agree with what was evaluated within what came out today,” the leader started.

“There are things that are not negotiated, which is why we see with sadness that it is a Constitution that we do not find to be valid. We found that they could have done better, to have included part of the security, for example, things for all Chileans in part of health, education, ”she added.

With 91% of the votes, REJECTION devastates the digital democracy of the PDG🗳
What do you think of this crushing trend? pic.twitter.com/AhO2dgxAE1

Of course, from the party they confirmed that on the day of the election their militants may have a different position from the line that the board will take with these results.

For his part, the Vice President Jorge Passadore called on the militants to register as proxies for the table in order to ensure the transparency of the plebiscite on September 4.

“Our party is no longer a mere spectator and that is the position we are going to take from now on,” he settled.

This PDG announcement is consistent with other opinion polls that give Rejection an advantage over Approval.

The most recent, the Criteria Surveyshowed that 49% of Chileans would go for the Rejection and that the Convention ended its mandate with 57% disapproval.

See here the transmission of the People’s Party

POCO X4 GT is ready for Thai fans to own at a special price starting at only 9,990 baht.