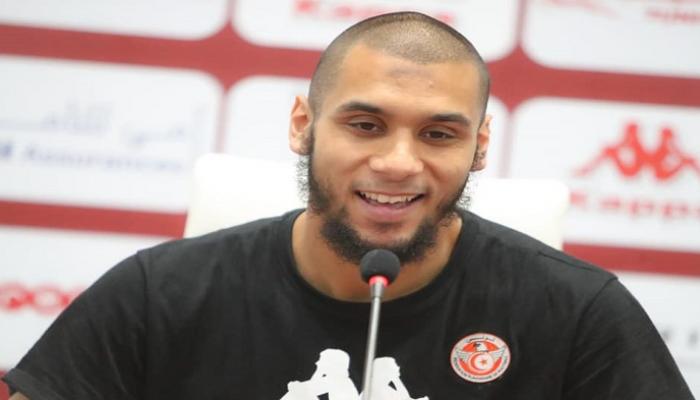 Issa Al-Aidouni, the star of the Tunisian national team, sent a courtship message to the Algerian fans, before the upcoming match that brings them together on Friday.

Next Friday, the Hammadi Al-Aqrabi stadium in Brades will be the stage for a friendly derby between the Eagles of Carthage and the Desert Warriors.

Al-Aidouny was born in France in 1997 to an Algerian father and a French mother who has 3 nationalities, which makes him legally qualified to represent the national teams of Tunisia, France and Algeria, but he chose the first.

The Hungarian star Frinkfarose recently chose to represent Tunisia, where he participated with him in his last 3 matches, successively, against Libya, Equatorial Guinea and the Democratic Republic of the Congo.

Al-Aidouni was keen to send a message of courtship to the fans of Algeria, during the press conference held on Thursday, to talk about the upcoming derby.

The newcomer said on Tunisia national team In this regard: “I am very happy and proud of my Algerian origins. My decision to represent the Nesours does not diminish anything in my love for Algeria.”

He continued, “I am happy to wear the shirt of the Tunisian national team, and I will strive to meet the aspirations of the masses.”

He concluded by saying: “You are stars in the Tunisian national team. We will play the match in order to win, not to break the chain of the Algerian team,” which has not lost in the last 26 matches between official and friendly.

Al-Aidouny presented strong levels with the “Carthage Eagles”, which made him highly praised by the Tunisian fans, who called him “the new Kante”, in reference to Ngolo Kante, the Chelsea star and the French national team.

It is noteworthy that Al-Aidouny emerged in particular during the last edition of Champions League, specifically during the match that brought together Frinkfaruzzi Barcelona Spain in the group stage.