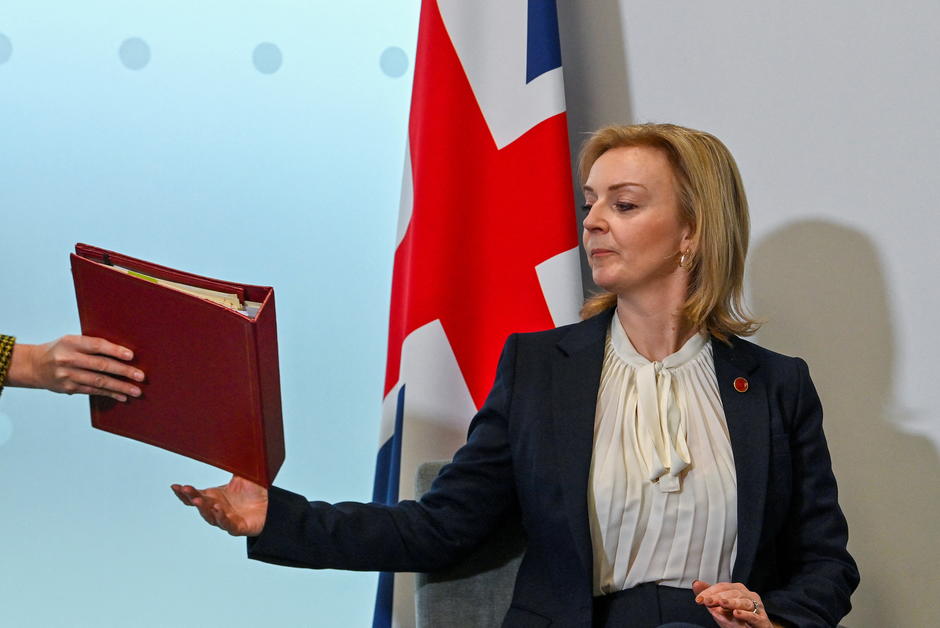 The head of diplomacy, Liz Truss, darling of the Conservatives, embodies the new British post-Brexit doctrine: independent of Europe, in search of new alliances beyond the United States and firmly opposed to China and the Russia. One year after the release ofEU, the first effects of this repositioning are being felt.

The UK can come across as rather navel-gazing these days. He spent four years mulling over Brexit, a matter that had more to do with what Britons thought of each other than Brussels. Boris Johnson, a failed foreign secretary propelled to Downing Street, takes advantage of international summits to bicker with the French over stories of fish and sausages. The news channels give pride of place to revelations about the illicit fiestas of confinement at the Prime Minister’s house and do not care much about the fate of Ukraine.

Tory MPs are getting tired of their Prime Minister, and many like what they see in Liz Truss, Foreign Secretary since the September 2021 reshuffle. She is the figurehead of a new doctrine in foreign policy : ideological, liberated from Europe; who seeks alliances elsewhere than in America; and strongly opposes China and Russia. This axis had been described in a recalibration of foreign policy dating from March, and the minister is its most fervent standard-bearer. If the idea of ​​a global Britain [“Global Britain”, slogan post-Brexit du gouvernement de Johnson] makes sense, it will not be defined by Johnson, but by Liz Truss.

His critics criticized his December 8 speech to the Royal Institute of International Affairs at Chatham House, a think tank, for being simplistic and reductive. It was not understanding its meaning. He had a Manichean side more familiar to an American audience than a British one. According to Liz Truss, we are witnessing an ideological clash between the “free world” and the autocratic powers of China and Russia: a standoff between the systems that serve the individual and those that enslave him. The states “unaligned” are torn between these two orbits. She lamented “the era of introspection” after the Cold War, when democracies fell asleep, cut defense budgets and allowed themselves to be sidetracked by material comforts and culture wars. Obsessed, on the outside, by the fight against terrorism, they stuffed themselves with cheap Chinese technology and cheap Russian gas, while telling themselves that these countries were their partners.

In response, she proposes to resuscitate economic diplomacy, neglected according to her [en qualité de ministre du Commerce international, entre 2019 et 2021, Liz Truss a signé des accords commerciaux post-Brexit couvrant 63 pays]. She imagines a “network of freedom” which would federate the democracies and some of their non-democratic allies but which, at least, respects international law. She wants the UK to join the Comprehensive and Progressive Agreement for Trans-Pacific Partnership (CPTPP), a trade deal of limited economic value, which she sees as a bulwark against China. The UK is joining with its allies to offer poor countries another source of funding targeting infrastructure. Since David Cameron’s departure from Downing Street in 2016, London has made a sinosceptic about-face,

Great institution of the British press, The Economist, founded in 1843 by a Scottish hatter, is the bible for anyone interested in international affairs. Openly liberal, he generally defends free trade,

Cameroon against Algeria…, discover the shocks of the dams in the Africa zone