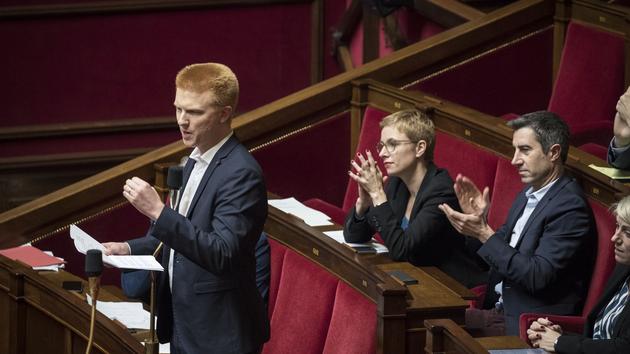 This Friday midday marked the end of the deadline for tabling amendments to the ordinary bill establishing a universal pension system. A total of 22,159 amendments were tabled. An absolute record under this legislature, which even beats that of the previous five years, namely … the famous “growth law”, brought in 2015 by a certain Emmanuel Macron, then Minister of the Economy. And it’s not over! The deputies will still have the opportunity to table amendments to the organic bill until 5 p.m. Monday.

Almost 90% of the amendments received to date – 19,713 – come from La France Insoumise, immediately accused of wanting to prevent the adoption of the text by engaging in parliamentary obstruction. The Melenchonist troops are however determined to fight hard, as evidenced by the presence of several heavyweights (Jean-Luc Mélenchon, Clémentine Autain and Adrien Quatennens in particular), this week, during the hearings which began in “special commission”.

LR ahead, far ahead of communists, macronists and socialists

“Whether one is for or against this reform, it is essential to debate it to set out the positions and bring out proposals. Personally, I will only vote for this law if we manage to improve it significantly, but we should still be able to debate proposals for improvement!“, Reacted the environmental deputy (ex-LREM) Matthieu Orphelin.

Rapporteurs and government can propose changes at any time

These first elements, however, remain raw data, which do not correspond to the exact number of amendments that will actually be discussed before the special committee. Administrators will now work to smooth and eliminate technically non-responsive amendments.

See Also:  VW bonus: This is how high the bonus is for the employees this time!

In addition, the seven rapporteurs of the text – who are not bound by the deadlines for tabling amendments – may continue to propose modifications to the text at any time during examination in committee. This option is also available to the government.

See also – Pension reform: a law too fragile to pass?