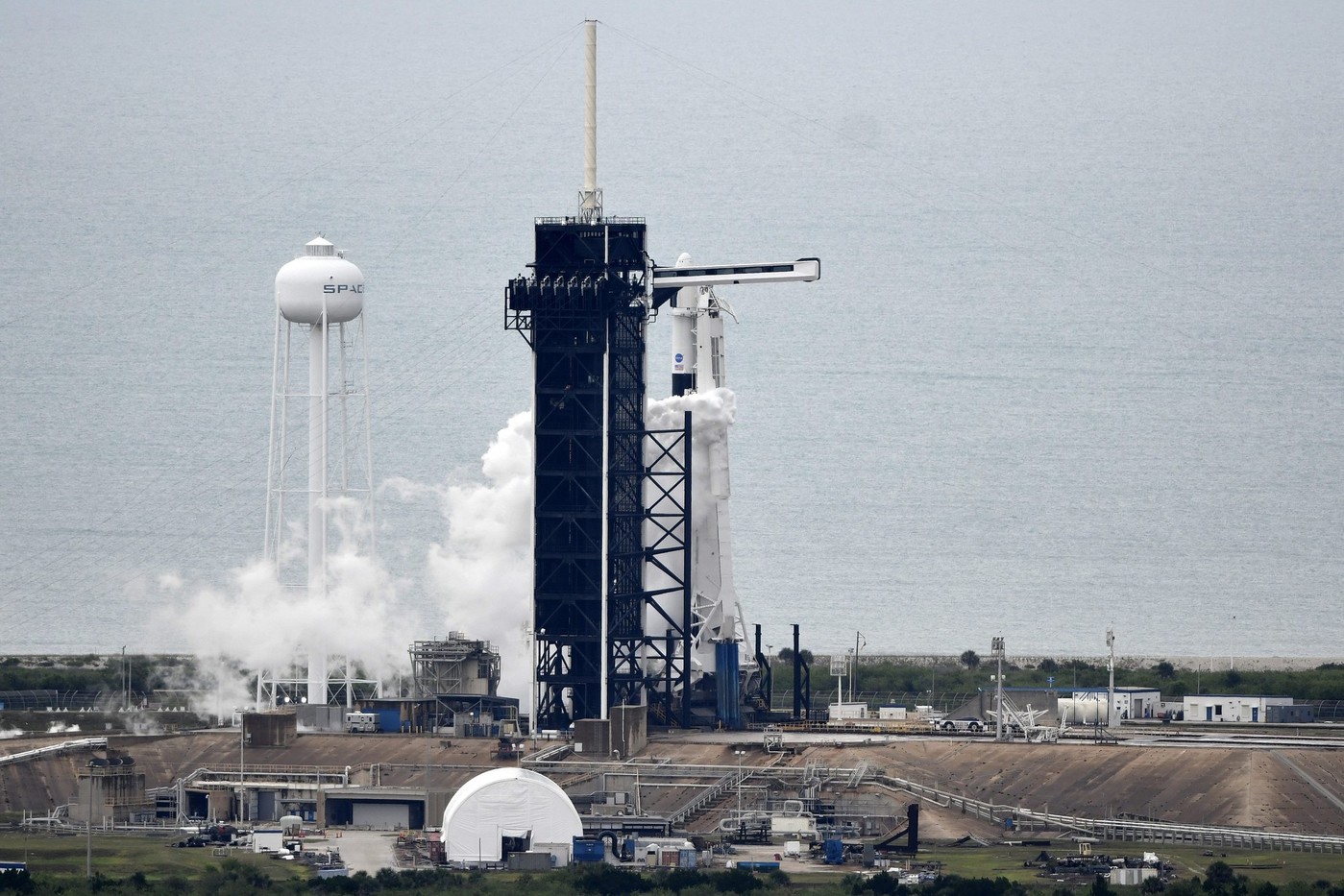 The countdown has started at the Kennedy Space Center in Florida. After a postponement last Wednesday, the Americans hope to send Saturday May 30 at 9:22 p.m. Paris time, their first rocket carrying astronauts into space in nine years. “It’s the return of America to the club of countries that master human spaceflight” which is at stake, recalls Jean-Marc Astorg, director of launchers at the National Center for Space Studies. A very closed club that includes China since 2003, Russia and perhaps India soon.

The main issue in this flight is the end of American dependence on the Russians, to whom NASA had in recent years bought a seat at 77 million euros to send an astronaut into space. “The importance of this flight is above all symbolic, after nine years of frustration, recalls Xavier Pasco, director of the Foundation for Strategic Research. The Trump administration will gain a lot of benefits and pride from it, and should communicate about it. “

The private sector in competition

Nasa now relies on private (American) companies to make its shipments. Specialist in spatial matters, Florence Porcel considers the capital difference: “With the private sector, we talk about collaboration, while with Russia, we talk about dependence. “ This is the first time that NASA has delegated the launch to the private sector, and it counts on a success to call upon them for its other projects. “NASA has put manufacturers in competition”, which is supposed to significantly reduce costs, recalls Xavier Pasco. SpaceX is not the only company in the race, Boeing in particular is trying to gain market share.

Beyond the symbol, Saturday’s flight should not revolutionize space exploration. The Artemis program to send manned flights to the Moon, with the SLS launcher, is of more importance, according to Jean-Marc Astorg. Donald Trump hopes to launch it by 2024, during a possible second term.

The sulphurous South African billionaire Elon Musk, founder of SpaceX, already sees further: his ambition is to focus his efforts on the planet Mars. “We can trust him on his will to do what he announces”, think Florence Porcel, even if the schedules he puts forward are fanciful.

As for the highly publicized space tourism project, it remains very hypothetical. “The missions are reserved for astronauts who accept the risk, recalls Jean-Marc Astorg. It is not about to grow with the order of magnitude of risk that we know. “ NASA estimates that the probability of launch failure is between 1% and 2% and that, despite ejection systems, the probability of losing the crew is 0.36%.