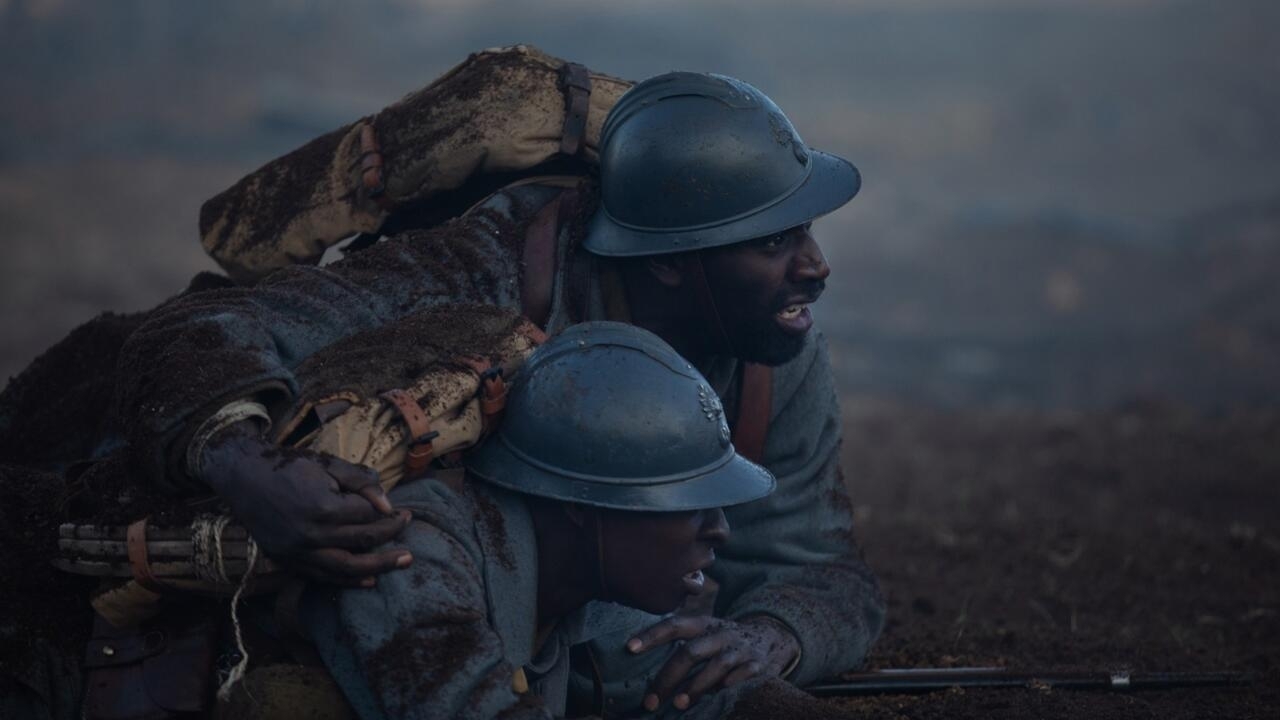 Presented at the start of the Cannes Film Festival, the films “Tirailleurs” and “Les Harkis” address the fate of Africans enlisted in the French army during the First World War and the Algerian war. Two historical films that have in common to explore the complexities of war, without Manichaeism.

This is one of the major themes of this 75e edition of the Cannes Film Festival. The oh so delicate subject of French colonization invites itself to the Croisette through two films, screened in preview on Wednesday evening and Thursday morning. “Tirailleurs”, by Mathieu Vadepied, with Omar Sy, addresses the fate of African soldiers enlisted in the French army during the First World War.

“Les Harkis”, by Philippe Faucon, recounts the abandonment of Algerians who fought for France against the FLN (National Liberation Front) during the Algerian War (1954-1962). Two films that question the troubled past of colonization through intimate stories, without frills or Manichaeism.

Presented at the opening of the Un certain regard section, “Tirailleurs” received a long standing ovation on Wednesday 18 May. “This film means a lot of things to me. We don’t have the same memory but we have the same story”, explained Omar Sy, co-producer of the project.

During the Great War, some 200,000 soldiers from sub-Saharan Africa from the French colonies, commonly known as “Senegalese skirmishers”, were sent to the front, alongside the soldiers in mainland France. While 30,000 of them died in combat, many survivors returned wounded or crippled, without ever obtaining recognition from France.

For the director, Mathieu Vadepied, “Tirailleurs” is the result of a long process of reflection. An idea born in 1998 with the death of the last Senegalese rifleman, Abdoulaye Ndiaye, at the age of 104. He had been forcibly enlisted in 1914. “The irony of fate is that he died the day before he was to receive the Legion of Honor promised by the President of the Republic, Jacques Chirac”, underlines Mathieu Vadepied.

Philippe Faucon, director of the film “Les Harkis”, also thought long and hard about it. “The Algerian war is a haunting question for me. I was born during this period, to parents who lived through it and who were very affected by it”, underlines the filmmaker, who had already approached this historical chapter in his film. “The Betrayal”, in 2005.

His new feature film describes the journey of a troop of harkis, from their recruitment into the French army until the independence of Algeria in 1962. After the departure from France, several dozen thousands of them, considered by the population as traitors, were murdered in Algeria. Others were repatriated to France in deplorable conditions, despite President Charles de Gaulle’s promise never to abandon those who fought for France.

Individual fates in the face of war

If Philippe Faucon’s film devotes a large part of its story to military operations, the director considers his film above all as a human story. “It’s a story of men caught up in war, of characters in touch with strong things but who have little possibility of expressing them.”

Two of his characters, Salah and Kaddour, join the French army without conviction, to feed their families. A choice that will provoke ambivalent feelings in them, vis-à-vis France, whose support they doubt, but also the villagers who now perceive them as a threat. Their colonel, Pascal, is also torn between his military hierarchy, who wishes to pack up, and his troops, whom he cannot bring himself to abandon.

As in “Les Harkis”, the characters of “Tirailleurs” face crucial dilemmas. Bakary Diallo, the character played by Omar Sy, chose to join the French army to save his young son, who was forcibly recruited. But the latter is torn between his father’s desire to desert to return home and the attraction of a military career that he feels is within reach.

“Rather than bringing a documentary look, I wanted, through fiction, through incarnation, to try to reach people who don’t know this story”, explains Mathieu Vadepied. “It was for me to place an intimate narrative in a larger, larger historical context.”

No frills films to spark debate

In the treatment of their respective subjects, the two feature films display a sober aesthetic, which contrasts with the large means usually deployed to produce war films. “My goal was to obtain something very artisanal and intimate… without grandiloquent effects, tracking shots, or drones”, indicates Mathieu Vadepied, believing that he could thus stick as closely as possible to the story of his characters.

Philippe Faucon explains that the form of his film reflects an artistic choice but also budgetary constraints. “We had limited shooting time for economic reasons. We had to work concisely and very selectively when shooting our shots and our sequences. But the choice of simplicity is also a deliberate choice. We wanted to tell this story without seeking effects or forced emotions.”

Far from the sensationalism that sometimes helps to glorify war, “Les Harkis” and “Tirailleurs” seek the authenticity of stories written in a painful time. Their two directors thus hope to arouse the debate and contribute to modifying the view of these pages of History, which are still so difficult to turn today.

a real twist is taking shape in the Mbappé case!