Second loss in a row for the Lakers, who lost to one of the worst teams in the league, the Detroit Pistons. They totally cracked in the last quarter (25-14) and left with a 107-92 defeat.

In this match where we had a crossover for almost 3 quarters time, without the least team managing to take a break, everything was played in the last quarter. At 8’40 to go, everything was still to be done since on a 3-point basket from Talen Horton-Tucker, Detroit was only leading 88-87. Behind it was the black hole for the Lakers who went almost 7 minutes without scoring. Result Detroit flew away with a 3-point shot from Blake Griffin who started a terrible 16-0 with the help of Plumlee, Ellington and Grant, game over. 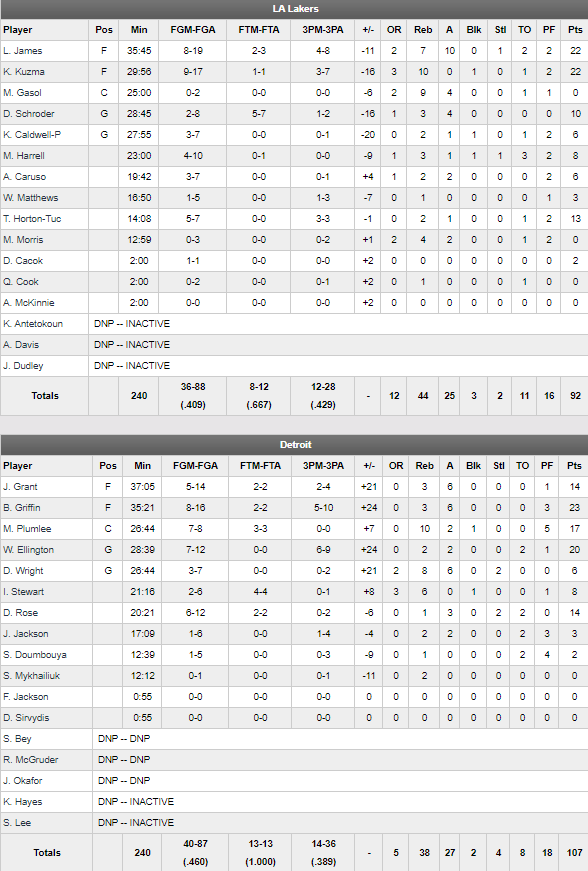