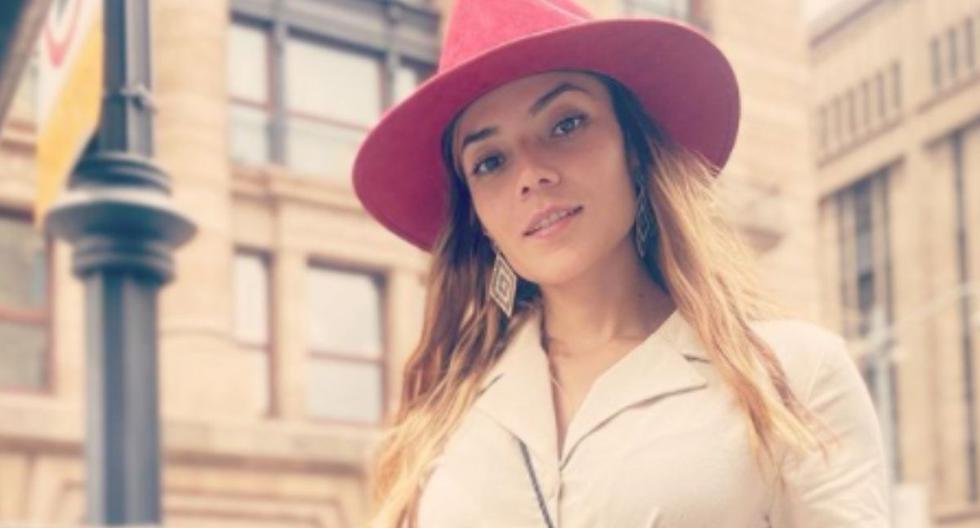 Jennifer Arenas, remembered for her participation in the telenovela “Without breasts there is paradise”, Has surprised locals and strangers, as now he ventures as a singer no less than in the United States. Learn more about the new field in which the Colombian artist is now venturing.

MORE INFORMATION: All the actresses who played ‘La Diabla’ in the saga of “Without breasts there is no paradise”

Jennifer Arenas’ recent production is titled ‘When’, the first single he has recorded with Calle Cardona. This rap is the first creation of both artists, since a few years they met on the streets of New York. It should be noted that this song was released on July 13.

“The song was created thinking about everything that is happening around the world: the pandemic, collective hatred and social protests. Situations such as those that immigrants live far from their families to achieve a dream, women who suffer violence in their homes or who are tied to drug or alcohol addiction “stated Jennifer, who also assures that she is fulfilling one of her dreams.

MORE INFORMATION: The actress of “Without breasts, there is paradise” who failed in the casting of Catalina Santana and Daniela Beltrán

THE NEW FACET OF JENNIFER ARENAS

The now rapper, told what ‘When’ means in times where awareness must begin with each one. “This is a song to raise awareness and let the world know that change begins with each one of us, that we must live fully. For us as artists, there is only one life and we must give it the value it deserves, loving others and thanking the possibility of waking up every morning to fulfill our dreams, without looking back or being slaves of the past “added Arenas.

“The word friendship is strengthened when we realize that life in the Big Apple was not rosy, when we saw ourselves facing some situations and circumstances in our life throughout that stay, we realized how much mutual support existed between us creating a bond that more than a friendship became a brotherhood and now a song “, Jennifer told about how the friendship with the singer Calle Cardona was consolidated in the famous ‘Capital of the World’.

Cardona, is an interpreter who has Colombian roots, native of Queens, New York. The song that he has recorded with the actress from “Sin breasts, there is paradise” already exceeds five thousand views on YouTube, which speaks of the very good acceptance it has had among his followers.

It must be clear that despite the fact that this song Hip Hop predominates, the Colombian artist assures that it is not the genre to which she is at the tip of her singing career; although he considered that the arrangements are accurate for its composition. “It is the result of a process and the beginning of a journey, as I told you in the past. Although Hip Hop will not be my main genre, it is an important genre within my path, since the messages can be said in a more direct way “, he indicated.

JENIFFER ARENA IN “WITHOUT BREASTS IF THERE IS PARADISE”

Jennifer Arenas is the Colombian actress who gave life to ‘Valentina’, the daughter of ‘Ximena’ in “Without breasts, there is paradise.” She is a very wise teenager and does not want to follow in the footsteps of her mother, who is a prostitute. However, she falls in love with the murderer Pipe Cortadas and, like her friends, does not emerge unscathed from her plunge into the world of drug trafficking.

After her remarkable performance of ‘Valentina’, Jennifer Arenas continued to develop her artistic career in small independent short films as an actress and as a producer.