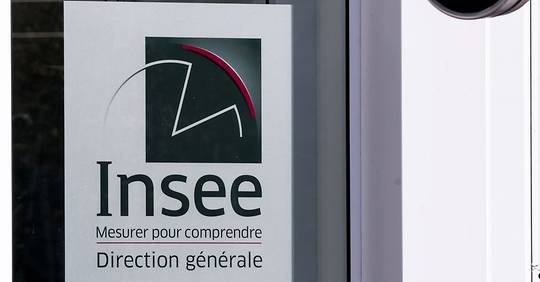 LHe National Institute of Statistics and Economic Studies (INSEE) looked at the different growth scenarios for the first quarter of 2021. France will thus experience growth of 1.5% in the first quarter on the assumption that health restrictions would remain those of January. In the case of a lockdown of the type of November for a period of one month, this growth would become zero, and the gross domestic product (GDP) would shrink by 1% if this containment were to last 7 weeks, added National Institute of Statistics.

The level of GDP will remain below its pre-crisis level, i.e. that of the fourth quarter of 2019, by 4.5 or 6 percentage points depending on each of the three scenarios. Over the whole of 2020, the objective of 6% growth that the government has set itself “is not unattainable,” said Julien Pouget, head of the conjuncture department of INSEE, during a an online press briefing. In particular, he highlighted the less significant than expected decline in GDP in the last quarter of 2020 (- 1.3%) despite the second confinement, which brings “a more significant gain effect” allowing the year 2021 to begin. on a better basis.

“The crisis is a test of endurance”

This good news also allows “to revise downwards the cost of the tightening of sanitary measures”, according to him. Even “harsher confinement would not have the same impact as April-May”, because “there has been a lot of learning and adaptation, teleworking has developed, we have masks, we have tests, ”explained Julien Pouget. But “the crisis is a test of endurance” and “the longer it lasts, the more the rebound capacity becomes uncertain in the sectors most affected”, also estimated the head of INSEE.

Household consumption, the main component of GDP, remained 7% lower in January compared to its pre-crisis level, the institute further reported. A fall which is explained by the implementation of the curfew at 6 p.m. and also by the delay of the sales, which began on January 20 this year – they had started on January 8 last year. Part of the purchases could therefore be postponed to the month of February.

December was marked by a strong rebound in consumption after the second confinement, with a difference of only 4% compared to the fourth quarter of 2019, after – 15% in November during the second confinement. Analyzing data from bank cards and cash registers in supermarkets, INSEE notably noted a drop from 6% to 7% in consumption when the curfew advanced to 6 p.m. in the various departments.

If consumption remains for the moment the big black spot to get out of the economic crisis, with a propensity of households to save which is reaching record highs, an INSEE survey of business leaders published on Thursday, however, suggests a a sharp 10% rebound in manufacturing investment this year, following a drop of around 13% recorded last year.

Finally, the drop in consumption made it possible to reduce the carbon footprint of the French, up to 36% in April 2020, during the first confinement, and by 20% in November during the second. And even in August, when French spending had temporarily returned to its pre-crisis level, their carbon footprint remained down 3%, due to the heavy weight of air transport, which collapsed. .

Gameplay Destruction AllStars – Race against the clock on the PS5 exclusive