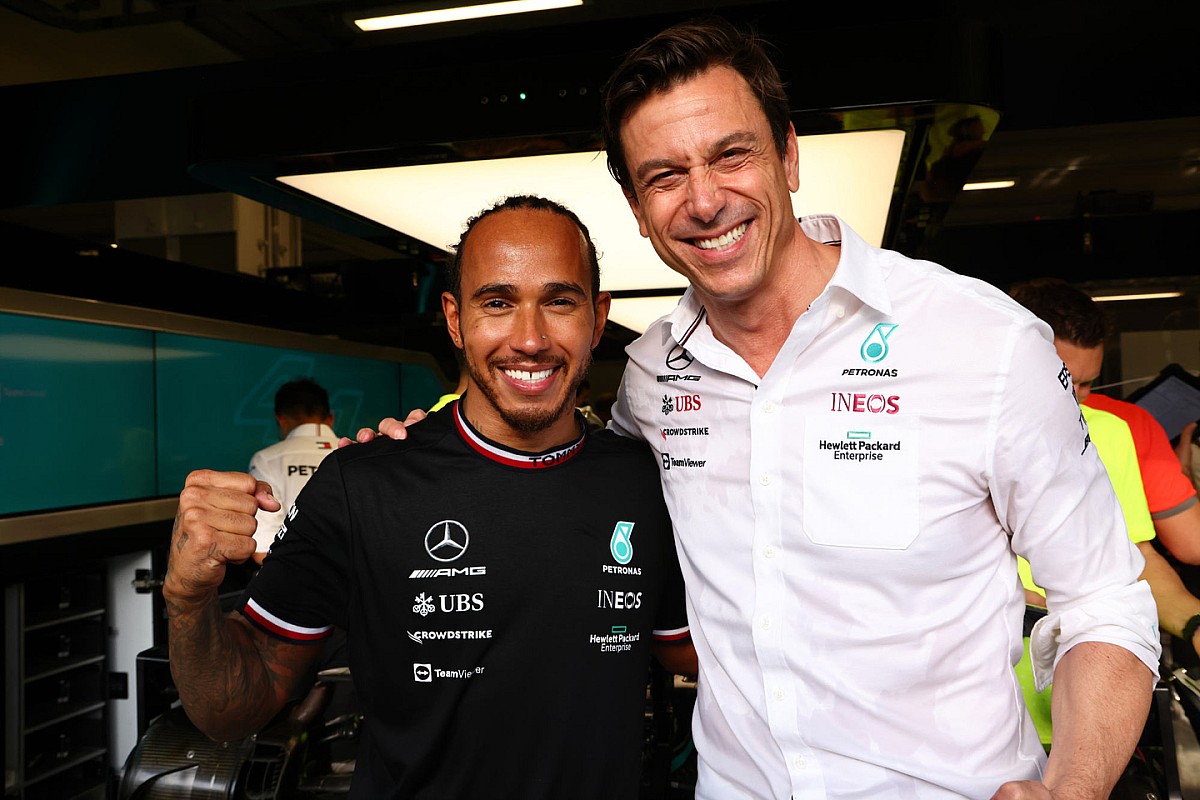 At the end of the upcoming campaign, the collaboration of Lewis Hamilton with Mercedes will be the longest in the history of Formula 1, whatever the criteria: 11 seasons (as many as Michael Schumacher et Ferrari) for a total of more than 220 Grand Prix starts (compared to 180 to the Red Baron’s credit with the Scuderia). And it may not be over.

The contract signed by Hamilton with Mercedes at the beginning of the summer of 2021 will end at the end of 2023, just before the 39th birthday of the seven-time world champion. However, despite a very first season without a win in 2022, the interested party does not seem to be in any rush to think about retirement, and negotiations for a new agreement are expected to take place this winter, reveals Toto Wolff in the podcast Beyond The Grid.

When asked if he is confident that Hamilton will extend, the Mercedes AMG F1 boss replies: “Absolutely. Lewis is part of the team, and the team is part of Lewis. There is no reason not to continue.” Wolff adds: “One of his strengths is that he is always hungry for success. He always wants to. He is a great sportsman, but also someone who is extremely motivated and determined.”

With six world titles, 77 pole positions and 82 victories at the wheel of the Silver Arrows, Hamilton has become a leader of the team by virtue of his status but also his contribution, so much so that Toto Wolff considers him a member of management to his way.

“Of course there is his involvement in the development of the car and his presence at the factory, but I think during the race weekends he became a real executive, maybe a bit like the was michael [Schumacher] at the time, or even Tom Brady in these football teams [américain] where you become more than a player – or more than a driver”explains the Austrian. “You’re part of the team then emotionally, and you definitely are. He’s not, as they used to be called, a contractor – the drivers come in, get paid and leave as soon as they have a better opportunity. He has been with the team for ten years, he is a member of the team.”

Wolff also reversed the decision to rename the Mercedes factory street in Brackley, originally named Reynard Park, to Lauda Drive. This was to pay tribute to Niki Laudathree-time Formula 1 World Champion and non-executive chairman of the team from 2012 to his death in 2019. However, would the person concerned have appreciated such attention?

“Well done to Bradley [Lord, directeur des communications] and the marketing team for coming up with this idea”greets Wolff. “We had a good laugh, because Niki would have found it ridiculous. ‘What are you doing? What does it matter?’ It was crowded when we unveiled it, and Niki would have said, ‘Why aren’t you working?’ It was a good way to remember Niki and the person he was.”

Videos | Woman dies suddenly while exercising in a gym in Ecuador