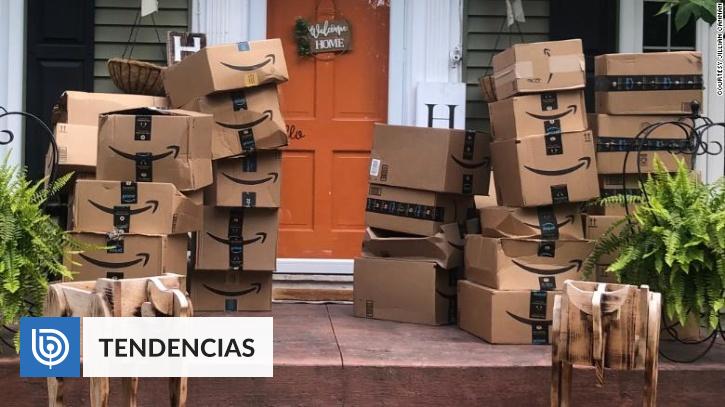 A curious situation lived a woman in New York, who began to receive dozens of packages of Amazon at the door of her house, which of course, she had not ordered. In total, more than 150 boxes arrived.

Jillian Cannan She came to think that her partner had ordered something without her knowing. They both run a creative studio that brings together designers, copywriters, and a visual team.

“I thought my partner had requested something for our study … that it was a pending order,” he told CNN. “So I opened the boxes and realized that they were mask holders. “, he recounted.

Although the labels on the packages had his address, they did not bear the name of the recipient, so he assumed it was a mistake and called Amazon to explain the situation.

The company told him that he could keep the boxes and issue a notification for the error. However, the problem continued as more packages started arriving from different delivery services.

Her friends started calling her to ask about the boxes, especially since you couldn’t even see her front door.

The boxes continued to arrive, even in cargo trucks, but Amazon still did not know what was happening.

After thinking about it a lot, the woman decided to donate these mask holders. But not only that, Instead, together with their partner, they created mask kits for patients at a local hospital.

Of course, some implements were missing to complete the set, so the woman He went precisely to Amazon to donate what was missing. The company agreed, as did other companies.

“It took a little life of its own and it’s really cool that people want to be able to give back and do something … With everything that’s going on right now, it’s crazy how it all happened,” he closed.