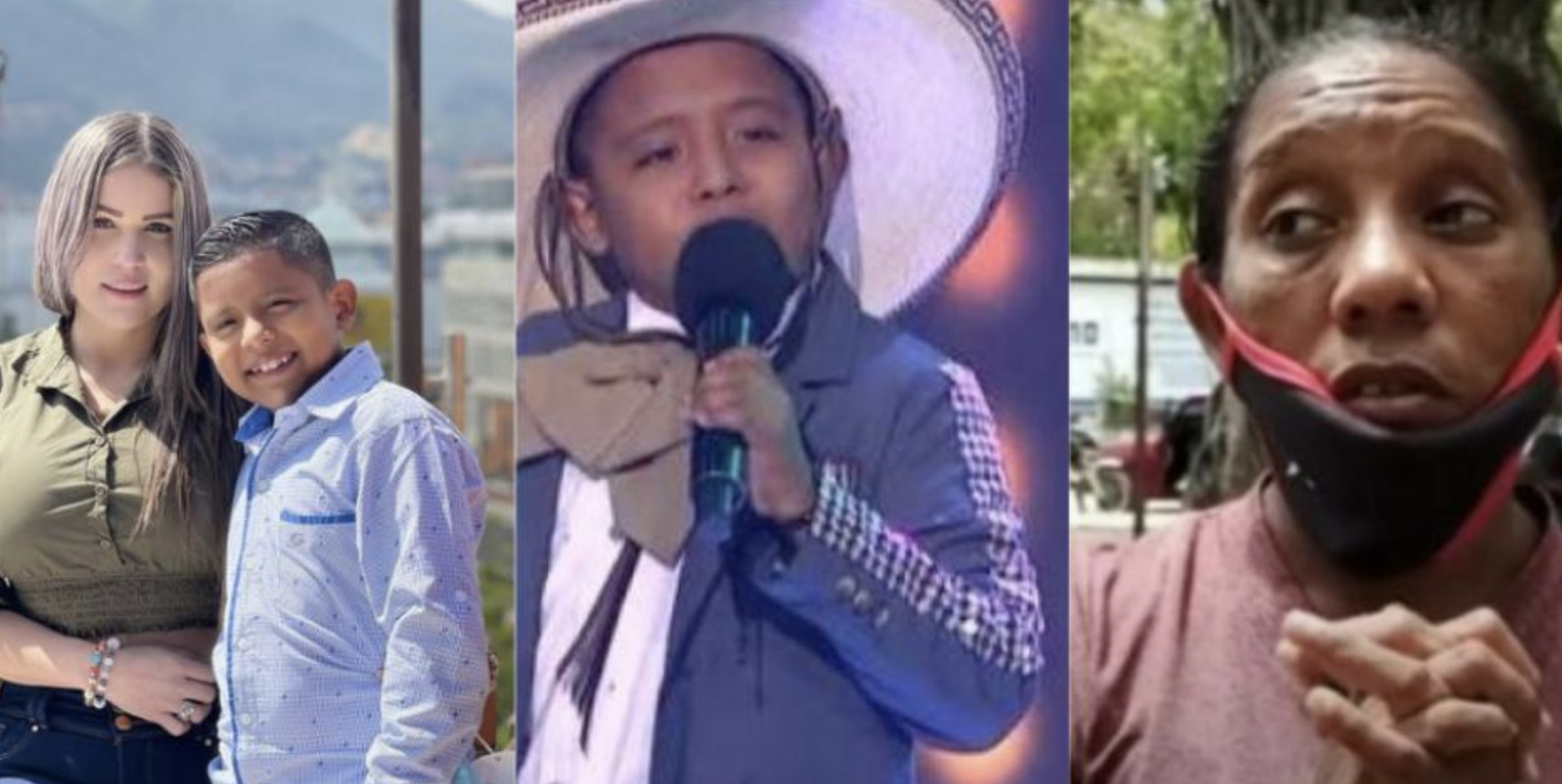 El reality The voice Kids continues to give something to talk about on social networks. This time the program is on the lips of Colombians on account of the case of the little 11-year-old Jackson Barreto Maramara, a Venezuelan boy who appeared on the program in the company of Esther Molina, who became his godmother in the country.

Jackson Barreto, who performed with the ranchera song “My living room is celebrating,” said on the show that he spent time singing in the streets and collecting money, until Molina became in his “godmother.”

But the controversy surrounding his story began this week when Reina Isabel Maramara, the minor’s biological mother, said she did not know the location of her son until she saw him on the television program.

The woman said she did not abandon Jackson and that she is not interested in handing over custody of the child to Esther Molina, her godmother.

“She told me that if I wanted to, go get money, but I told her that I was not selling my son. It is a strong story, I am waiting to get out of this because I want to rescue my son. I told him: ‘you can have a lot of money, but he’s my son and I’m not giving him away, “El Pitazo told the outlet.

But the case of Jackson continues to move, because this Friday the statements of the “godmother” were known, who said that she does not want to take the child from her mother nor does she want to profit from her talent.

Molina told El Pitazo that she took the minor to the Caracol contest with the consent and signature of her mother Reina Maramara.

“The mother agreed and signed the papers to be able to register him in Caracol,” said the woman, denying that the mother was unaware of the reality show and the location of her son in the country.

Jackson’s stepfather, José Gregorio Carrasco, confirmed this version to the aforementioned media and affirmed that the boy asked his mother to authorize his participation in the program.

“The boy said: ‘Mom, give me the signature, please. Do it for me, I want to be something in life and fulfill my dream. ‘ So my wife signed it for him, ”Carrasco said.

Esther Molina also told the story of how she met and welcomed little Jackson. He recalled that the first time he heard him sing was in Arauca, in December 2019, when the boy came to his cell phone accessories store in order to be allowed to sing.

“He came so they would let him sing and give him something, and at that moment there was a connection between the two and I decided to help him,” Molina told El Pitazo.

He also related that from that moment on he was moved by the case and the boy’s story. He also stated that he has a lot of appreciation for Jackson and that he is not the only child he has helped, as he considers himself “an altruistic woman.”

The woman also referred to the custody of the minor and affirmed that at this moment there is an open process in the Colombian Family Welfare Institute, and that she has provisionally custody of the child.

Finally, Molina assured that Jackson’s participation in the reality show has made him very happy.

“The boy feels very proud that God has given him that talent; He is super happy to be here with us (…) there are many people here in Arauca who have supported him and who are proud that he is here in Colombia and has gone to represent not only Venezuela but also Arauca ”, he said.