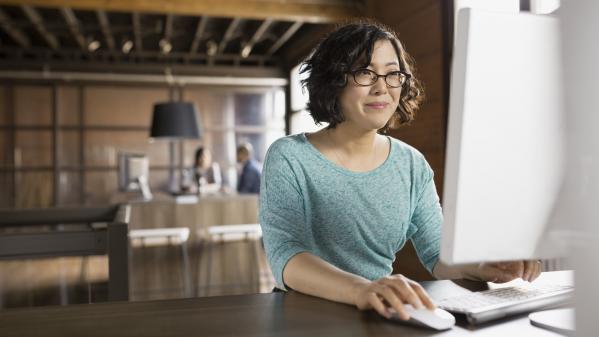 After the high heels, the glasses. Japanese actress Yumi Ishikawa whose campaign against the obligation to wear heels at work had been followed by other codes in the workplace: cases of banning the wearing of glasses for women. His new petition, filed Tuesday, December 3 at the Ministry of Labor, has already collected 31,000 signatures.

Yumi Ishikawa became known at the beginning of the year when she launched her battle against the Japanese corporate culture in which wearing high heels is considered almost mandatory for women. His campaign was dubbed "#KuToo", a word game using the term "kutsu" (shoes) and "kutsuu" (pain). A neologism that has also earned its place Monday in the 2019 ranking of words marking each year in Japan.

"The root of the problem is that (some companies) have regulations that apply only to women such as banning glasses or the obligation to use cosmetics, which are excessive", has explained Yumi Ishikawa to the press. "These practices need to be reviewed."

"The reasons why women are not supposed to wear glasses … really do not make sense, it's all about gender, it's pretty discriminatory," said Kumiko Nemoto, professor of sociology at Kyoto University at the BBC (in English).

Despite criticism, the authorities are slow to react. In June, activists had already petitioned the government for a law calling harassment the requirement to wear high heels. In vain. "We were shocked to find that there was no mention of high heels" in the draft government regulation made public in October, lamented the actress.

A 28-year-old woman reported being told not to wear glasses, her company's manual saying they were giving "in the face an expression of coldness". "I have been wearing glasses for more than 10 years because I suffer from dry eye syndrome"she said, worried about a possible worsening of her pain.

The head of a temporary employment agency also confided that he was receiving "some business requests from receptionists refraining from wearing glasses", a requirement to which is often added the prohibition of hair tinting, which "must be black".

In Japan, inequalities between men and women remain deeply entrenched. In total, 30% of women with children work, compared with 50% in OECD countries, quotes The cross. According to a report on gender parity published by the World Economic Forum, Japan in 2017 ranked 114th out of 142 states.

Kiki Bertens will participate in a demonstration...
Read more

We've sent you an email! Go to your inbox to verify your email...
Read more

Lady Gaga finally released her new album "Chromatica" and admitted that the positive reaction from fans had...
Read more

Cape Canaveral: SpaceX rocket successfully launches to the ISS with US astronauts

It has been nine years since the last astronauts...
Read more
world

At 27,000 kilometers an hour, the SpaceX rocket arrived in space | Photo gallery

It is the beginning of a new era in...
Read more
world

Relive the historic launch of SpaceX in pictures: “It was incredible”

We've sent you an email! Go to your...
Read more