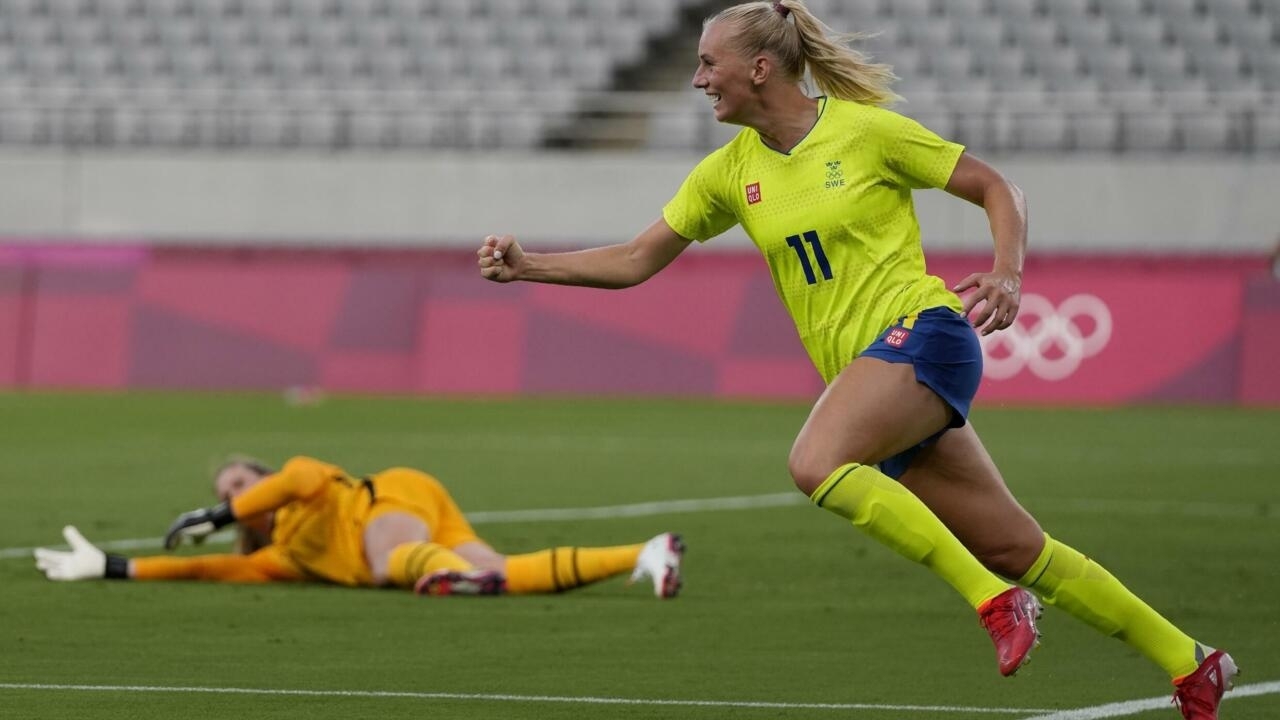 The Olympic Games kicked off on July 21 in Fukushima with a softball match between Japanese and Australian women. In Tokyo, however, they started with Sweden-United States and Australia-New Zealand matches in women’s football. Two meetings that set the tone for these 2021 Olympics: high-level, but behind closed doors …

Sweden-United States is a shock match in women’s football. It could even be the poster for a World Cup final. But on July 21, the confrontation between the American world champions and the Swedish silver medalists at the 2016 Olympics turned mainly to surprise. The Scandinavians won 3-0 at Tokyo Stadium, in Group G. “ It’s a big satisfaction, smiles striker Kosovare Asllani. And it’s a boost for our confidence. We believe a lot in our team ».

This victory also kicked off the Olympic events in the Japanese capital. Softball games were certainly held earlier in Fukushima, 300 km northeast of there. But this meeting, she launched the Games in Tokyo. For Kosovare Asllani, winning this match is therefore all the more fun. ” The people here in Tokyo and the Olympic Village have been great to us, relishes the Real Madrid striker. In addition, playing the opening game of Olympic Games in Tokyo, facing the world champions, we can hardly do better ».

Big downside, however, for Kosovare Asllani and the other actresses of this meeting: the absence of spectators, because of the Covid-19 pandemic. From the stands, we can hear the American superstar Megan Rapinoe clapping her hands to boost the morale of her partners. ” It’s bound to be different without fans, laments the American defender Crystal Dunn. Any athlete at these Games knows that the fans give us energy. But we fully understand why there are no spectators during this tournament. And we have already played in these conditions ».

Conditions which obviously did not disturb the Australians more. They won 2-1 a somewhat symbolic confrontation against the New Zealand women. Australia and New Zealand will co-organize the next Women’s World Cup, in 2023.

A doubly beautiful evening for Australia which had been awarded a little earlier the organization of the Olympic Games 2032. « We learned this very good news on our way to this match. “Said defender Clare Polkinghorne, native of Brisbane. ” It’s a beautiful city. I am happy because the whole world will be able to see it. I’m really happy that we have the Games there », She concludes.