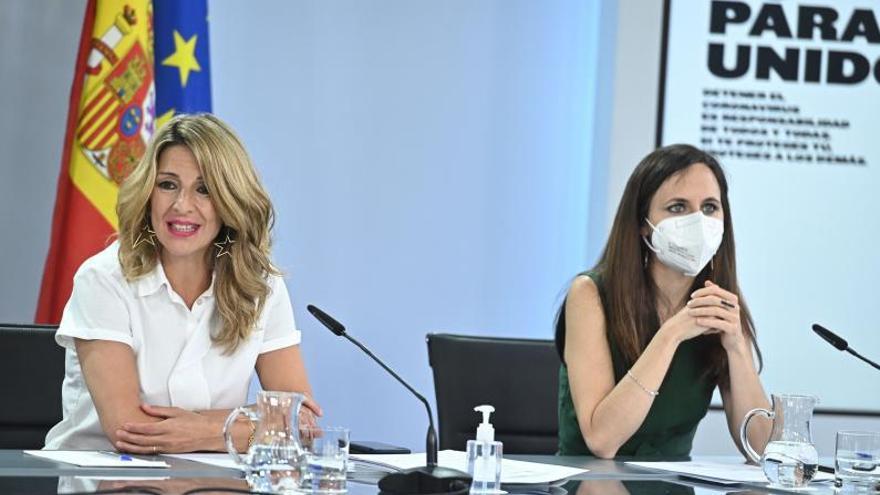 The Work plan is that before December 31 the simplification of the types of contracts is published in the BOE. The European Union has reprimanded Spain on multiple occasions for its high rates of temporary employment (currently 23.8% of employees have a temporary contract) and this Executive wants to put an end to it. For this, the negotiation is already underway with the social agents, some with a greater predisposition to negotiate modifications in this line, such as the unions, and others reluctant, such as the CEOE.

The first document put on the table contemplates a limitation of the conditions in which companies can fire temporary workers. Specifically, those in a situation of fraud, either because their temporary contract lasts longer than what is allowed by law or because it has not been duly formalized. In this case, the reform proposed by Díaz is to consider the dismissal of said employees null, in order to prevent companies from dispensing with temporary ones before having to make them permanent.

This may have the collateral effect that companies do not opt ​​for objective dismissal, at the risk of being declared invalid in the courts, but instead opt for the inadmissible one. That is, without adducing any cause. Which would imply raising the compensation cost, from 20 to 33 days per year worked. An amount that, in the event of short-term incidents, does not make a big difference for the company.

According to that same draft, temporary hiring is limited to one year, in cases of unforeseen production peaks. The document sent to the parties makes it clear that seasonality, as would be the case of the summer campaign for the hotel industry, does not count as this assumption and for these sectors the figure of the discontinuous fixed should be promoted. The temporality may be extended, at most, two years, if it is to cover a leave, in case of illness, leave of absence or maternity leave; among others.

The will of Work, thus included in component 23 of the Recovery and Resilience Plan sent to Brussels, is to encourage the displacement of part of the current temporality, much of it in fraud, to indefinite formulas. That is why one of the clauses of the document on which the unions and the employer negotiated yesterday makes it clear that “The workers of the company with fixed-term or temporary contracts will have a preferential right to occupy the vacant and permanent jobs that exist in the company.”

To lubricate this transition, Trabajo proposes that the social agents agree through collective bargaining on conversion objectives according to the sector, in order to progressively reduce the temporary employment rates. The parties would have at their disposal adjusted information, since it would be mandatory for the companies to report how many temporary workers each company has and in what positions; as well as the vacancies that are becoming free.