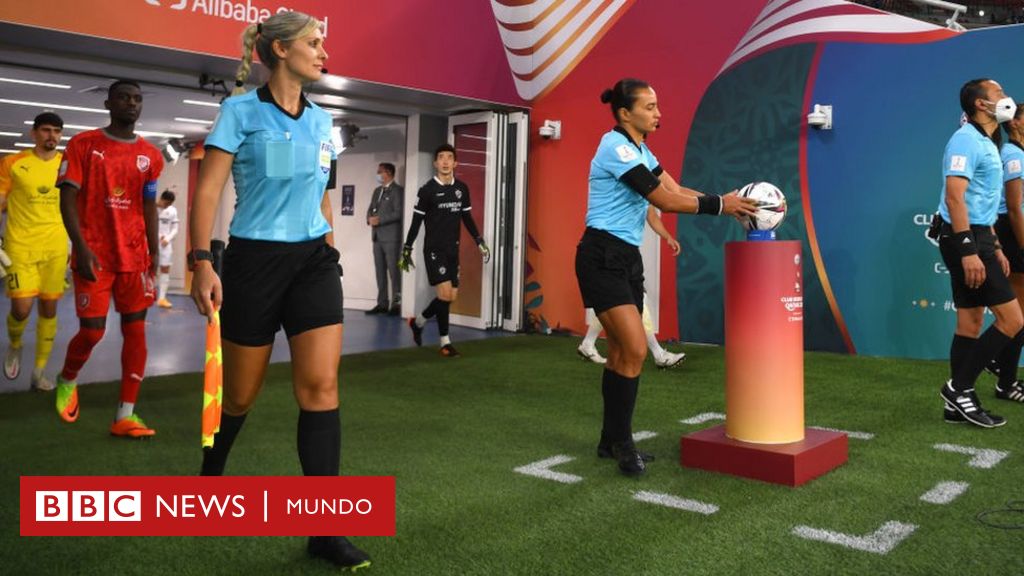 For the first time in history, an exclusively female refereeing team whistled a match in a men’s World Cup.

The French Stephanie Frappart together with the Brazilian Neuza Back and the Mexican Karen Díaz Medina directed the match in which the teams of Costa Rica and Germany were measured this Thursday, at the Al Bayt stadium.

Frappart has already broken a glass ceiling in Qatar by becoming the tournament’s first female referee, when she was named fourth referee for the match between Mexico and Poland last Tuesday.

“We know the pressure”, the Frenchwoman told the BBC before the start of the World Cup.

“But we have to be calm, focused, focused, and not think too much about the media and everything else, just be focused on what’s happening on the pitch,” she added.

the first in everything

The 38-year-old Frenchwoman has already made history in European football. In 2019 she became the first woman to referee a Super Cup match and in 2020 she did the same in the Champions League.

For her part, Díaz Medina achieved in 2019 the milestone of being the first woman to whistle a return match of the final of the Mexican league. This, barely a year after being certified as an assistant referee by the International Federation of Associated Football (FIFA).

However, his career, which spans more than 12 years, began almost by accident.

“One day, while working at a Little Sports Center cafeteria, the designated referee did not show up for the game. The league administrator asked me if I wanted to referee the game and I said yes. I liked it, they paid me to do something that I really enjoyed. From that moment on, they assigned me more games each week and with the money earned I was able to pay for the University,” Díaz Medina said in a interview with the Confederation of North, Central American and Caribbean Association Football (Concacaf).

The Brazilian Back Nor is she a newcomer in the world of arbitration and in 2005 he began his long career on the pitch after completing his studies.

Since 2008 Back has been whistling matches in different competitions in his country and in 2014 he achieved recognition from FIFA, which allowed him to become one of the first shortlisted members of the men’s Copa Libertadores de América match in 2021.

When asked if she has ever received criticism and comments from players, managers or fans for being a woman, Frappart responded to the BBC:

Back, meanwhile, admitted his career has not been easy and that he has had to overcome difficult moments. However, although he claimed to have found the recipe to deal with them.

“When I go through a compromising situation, where prejudice is presented in a veiled way, with jokes in bad taste or even looks, I only think that what someone thinks or says about me does not define me“, he commented in a recent interview with the EFE agency.

The referee, born 38 years ago in the municipality of Saudades, in the state of Santa Catarina, close to the border with Argentina, assured that in professional soccer discrimination against women is less and less frequent, but that there is still a long way to go. do in the amateur.

“Prejudice is more present in amateur football”she said, adding: “What we (female referees) need to do is a good job, make the right decisions on the pitch and everything will work out.”

For her part, Díaz Medina said she hopes to become a role model for other girls, by “showing them that dreams come true if you work hard and love what you do.”

Three other women are among the 36 referees selected by FIFA to take charge of matches in Qatar.

Remember that you can receive notifications from BBC News World. Download the new version of our app and activate them so you don’t miss out on our best content.

Guardians of the Galaxy Vol. 3: The trailer in VOST + YOUR OPINION!