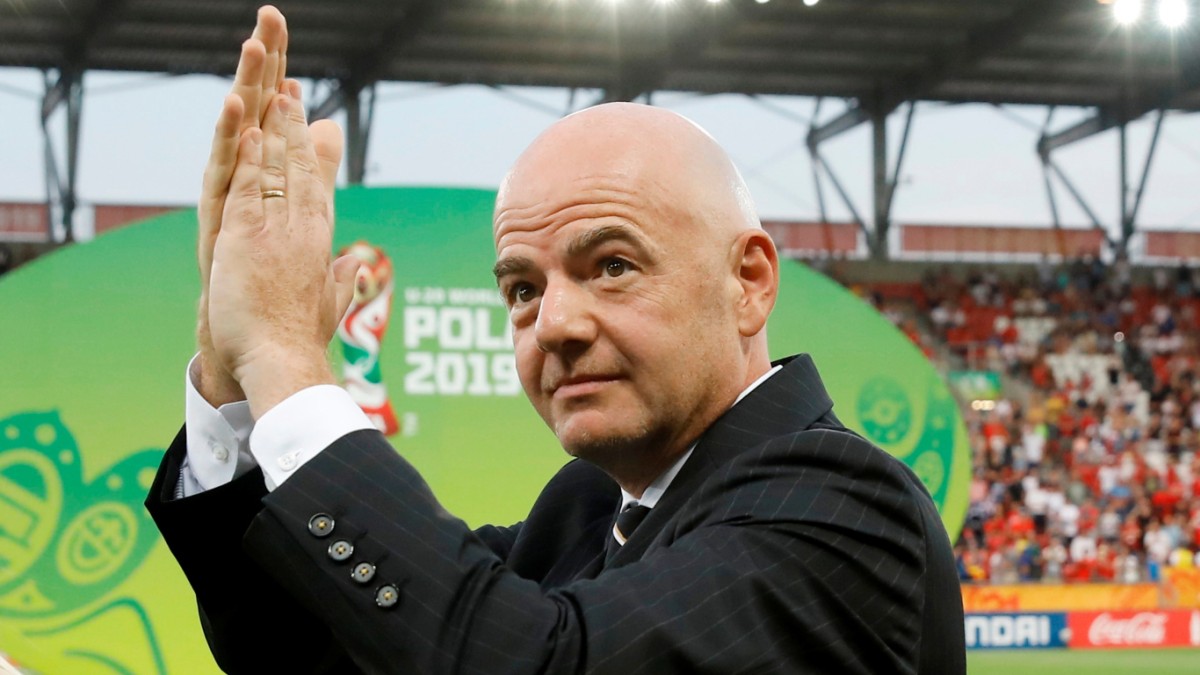 Gianni Infantino and his world association Fifa are once again at odds with the world of football. The Europa-Union Uefa has just ordered him to report, it is about his latest epiphany: A soccer World Cup every two years with 48 national teams. Infantino is supposed to present convincing data and feasibility studies that unfortunately do not exist. Which is why Uefa bets that Infantino does not dare to go into their lions’ den. And she can cancel the project soon.

And what does the crafty Fifa boss do?

Fifa commissioned surveys on the World Cup – no, not among professionals

He holed up behind the football community. Fifa commissioned surveys on the subject – no, not among professionals who are supposed to crank up their workload for such a permanent World Cup, and not among the clubs that pay the salaries of the World Cup players. She asks where applause can be expected: from the fans! Where some like to sleep in club bedclothes. And look: The calculation with the survey worked out perfectly. At least that’s how Fifa turns it. The world association is now announcing in large letters: “Majority of fans favor more frequent Fifa World Cups – worldwide poll!”

As is well known, you can filter all sorts of useful things for your own goals from surveys that you put together yourself. It starts with the question and ends with the composition of the respondents. Nevertheless, the current “market research survey” with at least 23,000 people in 23 countries from all over the world, created by independent industry experts, now appears to be particularly funny.

Basically, it says the opposite of what Fifa wants to read. 45 percent of those surveyed voted for the existing four-year cycle, only 30 percent from all over the world (from India to Indonesia to Saudi Arabia, where the two-year proposal originates) are in favor of the newly propagated tournament mode.

But by adding two joke questions, Fifa can open a pretty milkmaid bill: 55 percent, i.e. a majority, are in favor of a shorter rhythm. Because it also offers a World Cup every three years (14 percent approval) – and even an annual World Cup (11 percent). What she deliberately ignores: Even in Fifa fan circles, 59 percent are against a World Cup every two years.

So what? Fifa now wants to expand the survey to 100,000 participants. Therefore, because the youngest age group from 18 to 24 years of age is particularly enthusiastic about the offer of an annual World Cup, it would be advisable to follow up on future party generations, the 6 to 18 year olds: With the additional option of football To have the World Cup held twice a year.

A recent survey of English football fans reveals how the topic is assessed specifically in a heartland of football: 64 percent are against the two-year World Cup, 14 percent undecided, and only eight percent strongly in favor.

It is tricky to revolutionize the World Cup on the basis of such data. Infantino continues to drill anyway, his predecessor Sepp Blatter is sure of that. He himself propagated a World Cup once every two years. He let the idea “but quickly fall again”, as he informed the SZ, sporting there is no sound explanation for it. He sees a completely different motive for Infantino’s advance: distraction. Infantino wanted to “calm down the national associations with money and distract them from their own problems,” says Blatter, “from his problems with the judiciary.” In Switzerland there are still criminal investigations against the crafty Fifa boss.