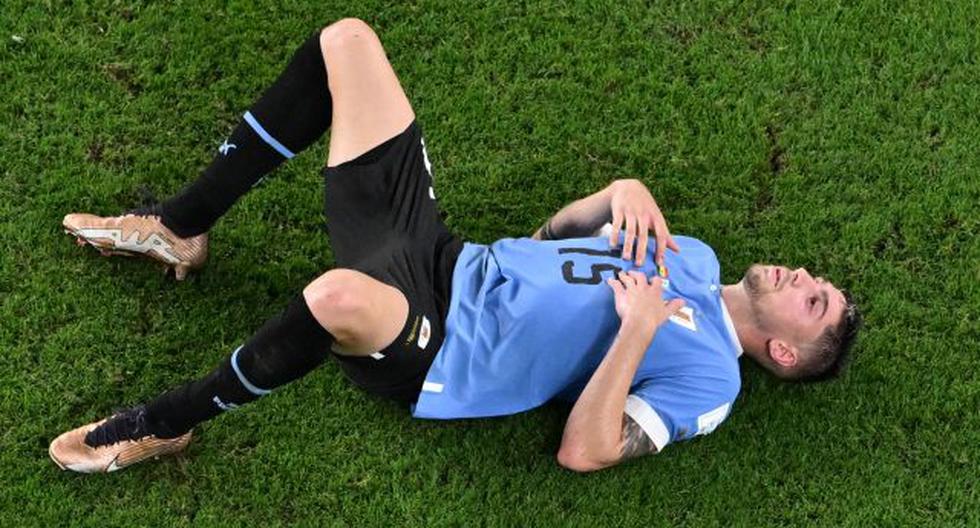 Three quarters of the World Cup have already left. A breeze from the gulf took 48 of the 64 games and today the final stretch towards the title begins with the round of 16. The egg yolk. The highest note of this first phase is taken by the host. A World Cup has four legs: a) the country, b) the organization, c) the game itself, d) the public. Qatar country has been the revelation of the championship. Still a developing nation, but with high potential to be a beacon in the Near East for growth, modernism, and economic possibilities. He dazzled the visitors and fulfilled as an organizer.

We met in a cafeteria with Nassib Neme, historical president of Emelec, powerful businessman, traveled man. He says between surprised and exultant: “This World Cup has been a spectacle in every sense. I have been to six Cups: Mexico, Italy, the United States, France, Germany and Brazil…! But this is unimaginable…! There is no way to find a but to anything. Infrastructure, logistics, food, tourist service, security, stadiums, organization, architectural beauty everywhere, nothing left to chance, my jaw dropped, you have buses, trains, Uber, medical care, hotels and restaurants to accommodate everyone, and the football that several teams have shown as well as the organization of the matches borders on excellence”.

In line with the bugles that sounded in their countries, a good part of European journalism arrived with the knife under its poncho, nesting the hope of being able to criticize. Has not been able. He found an astonishingly modern, safe and orderly country, where everything is going well. The setup of the tournament is perfect, not a stain, not a hint of error. Greatness emerges in every detail. And there are no workers with jars of paint giving the last brushstrokes, they finished a while ago. A main press center of 40,000 square meters with colossal dimensions and all the technological possibilities. “The stadiums are the best that have been seen in the World Cups, the best made, the most beautiful, Luisail is incredible”says Diego Torres, from the Madrid newspaper El País, with five cups on his resume.

However, what was truly revolutionary was the cooling of the venues, which guarantees the players a climate of 20 degrees on the pitch, that is, the perfect temperature for running. Hopefully it will be repeated in the next tournaments.

“The best…? The country”says without an atom of doubt César Augusto Londoño, figure of Colombian TV, present in 11 World Cups. “Within that, security, which is total, and the freedom to walk without fear”add. “And as far as the championship is concerned, being able to watch two games on the same day due to the proximity of the stadiums, which was impossible in other places.”

What will the vision of a Cuban be like, not so used to soccer…? Jhonah Díaz González, from Prensa Latina, makes her World Cup debut. “What I liked the most is that Qatar 2022 marks the end of the enormous distances between children and adults,” he says. All the teams have the same capacities, some with better payrolls. Everyone has a chance to win.” And in another sense, he adds: “I fell in love with Lusail, the island city created to house the great stadium for the final and as part of the Qatar 2030 plan. You can breathe modernity there. I see the beauty of its architecture as even superior to Doha, which is beautiful, but Lusail will be wonderful once it is finished”.

Andrea Guerrero, Colombian journalist for Win Sports -fourth World Cup attended- speaks of three points: “I was shocked to see the country project drawn up so many years ago materialize with the World Cup as the epicenter and the desire to please the world after so much discredit received. They did everything. Second, the enormous proportions of everything, streets, parking lots, sidewalks, shopping malls, everything is gigantic and spacious. Since this was a desert, they had a place and they did everything like that. The third is the anguish of the foreigner or of the Qatari himself for wanting to show that the country is good. Many foreigners tell me ‘please tell how well you have been treated here, it gives a different image of Qatar’”. It also has a negative point: “The culture shock is shocking in terms of the role of women. I have experienced a feeling of vulnerability as a woman, of what my scope is, especially since we come from the West, from countries where women play a very important role, they can raise their voices and feel supported and protected. I haven’t felt that here.”

We anticipate item four: the public. 2,369,516 spectators in 48 games, at an average of 49,364 per match. Fantastic, since it is one of the smallest states in the world (140th place in population) and not so soccer-oriented, which means that this figure was reached mainly with foreign fans. That they could arrive without problems. And, in that context, Argentina took over Qatar, that’s why they call it “the second hostess”. No one can enter here without the Hayya Card, an identification card with which each visitor is registered and can be located. Everything has been very peaceful because, among other things, it is not free to generate excesses here, the police work…

We go back one box, to point three: the game. It is the World Cup of surprises, of intensity, of vertigo, of bumps, where the boys lost their awe of the greats. They win or lose, but they filed the fear. Saudi Arabia knocked out Argentina, Japan knocked out Germany and Spain, Morocco sank Belgium, and there were upset wins for Australia over Denmark, Tunisia over France and Cameroon beating Brazil. A lots of. The bad news for Latin Americans continues: of six that arrived in Qatar, four have already returned in the first phase. They look slow compared to the rest. It seems that these communicate by fax and the others by WhatsApp. Only Brazil and Argentina remain in the race. Let’s see what they get…

However, no disappointment can be compared to that of Germany, for the second consecutive time eliminated in the group stage. The chair was very hard: “Shame, rock bottom was hit,” wrote Bild. And he continued: “Three tournaments in a row in which we have not achieved anything (in the Eurocup they dropped it in the round of 16). The football world trembled before us. Now Germany is just a football dwarf.” Kicker opined: “The debacle is total.” And the Velt was caustic: “Germany is no longer a team for big tournaments. Fundamental changes are needed.” They are the main media in sports.

Has football reached its physical limit…? It’s hard to answer, but the current deployment has never been seen, African, Asian, and North American (Canada and United States) are aircraft. There are three parameters on which almost everyone’s game is based: intensity, possession and attack. You no longer see anyone present a defensive team, those who put the bus in front of the goalkeeper. Everyone seeks to win, it is the great advance.

We always had Italy ’90 as a top reference in the organization and Brazil 2014 for soccer. This one comes very close to both. Or it surpasses them in both senses.

Fifth. The Final of the Grand National du Trot in Vincennes this Sunday, December 4, 2022. – Angers Info