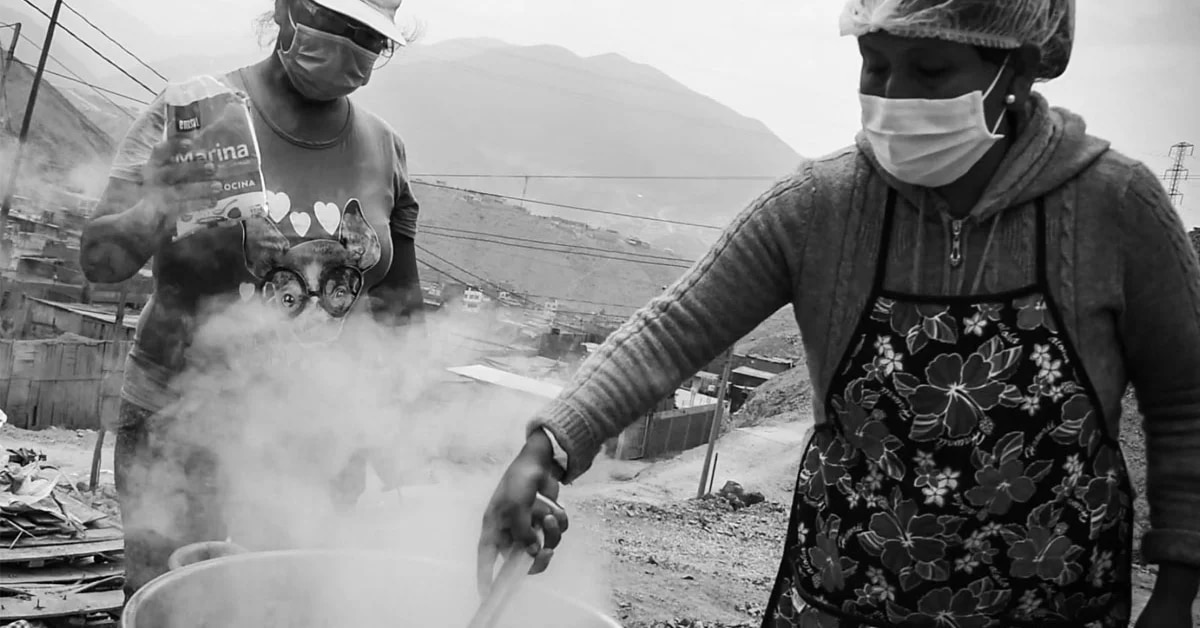 They warn price increases in the products of the basic family basket. Photo: Andean.

The whole world is on edge after the alert of a food catastrophe predicted for the coming months. According to british magazine The Economistthe international food shortage will respond to the insufficiency of fertilizers to meet the high demand, problem that has been dragging on since the quarantine by COVID-19 of 2020, and to the difficulty in achieving exports due to Russia’s invasion of Ukraine.

The war conflict It has harmed the world trade in wheat, corn and sunflower oil. In addition, it causes a rise in the price of fuel, as well as freight cost overruns due to territorial restrictions in several areas where the war is taking place.

Cover of The Economist.

According to these forecasts, not one country will come out unscathed, so they must now take their precautions. Faced with this alert What are the Peruvian authorities doing in the face of an impending global food crisis?

“For many months, we have been alerting the authorities. The problem is that we will face this food catastrophe that they are talking about in the midst of a new government, which in 10 months of administration has already had 4 ministers of agriculture”, said Gabriel Amaroexecutive director of the Association of Agricultural Producers Guilds of Peru (AGAP), in a dialogue with Infobae Peru.

In that sense, Amaro referred to the last and recent change in the Agricultural Development and Irrigation Portfoliowhich became under the orders of the business administrator, Fernando Arce, instead of the outgoing Oscar Zea. “When Zea entered, he had a speech of union and working together, the problem is that he ordered that an insignificant amount of fertilizer be purchased, which has not yet been purchased”specified the expert.

“Now, we don’t know Arce. We have learned about the change in his swearing-in, which is unexpected, in his resume there is no previous experience. We have already asked for a meeting, to be able to find out what plans he has and try to help him, this is a pretty strong crisis, ”he continued.

Out of great crises come great opportunities, says Gabriel Amaro. “There is always the risk that the population will starve to death, depending on the magnitude of the problem. However, Peru has all the capabilities to overcome this crisis, but it has to work technically with the best cadres, that is, the public and private sectors together”he stated.

According to the words of the expert, if urgent measures are not taken and joint work is done for the good of Peruvians, “we are going to have a quite negative effect”. “This can bring a quite strong social crisis. On the side of agricultural producers, who are millions, and on the side of consumers. We are already seeing increases in food from the basic basket”, warned.

As recalled, this 2022, it is estimated that only in Lima the price of a minimal basket of food, for a family of four people, has risen to 503 soles per month. In April 2021, the cost of this basic food basket was S/ 429 per month.

This calculation is based only on the most basic products such as oil, rice, sugar, onion, egg, milk, apple, orange, bread, potato, chicken, tomato and carrot, according to the National Household Survey (ENAHO).

It is very likely that agricultural production will fall due to the shortage of fertilizers and agrochemicals. This, added to the cost overruns that all supplies have, will generate consequences in the near future. “Small and informal producers are the ones who suffer the most. But formal farmers are also going to have a lousy year.” expressed Álvaro Girón, agricultural engineer and farmer, to Infobae Peru.

“Many farmers have already closed their farms and orchards. First the pandemic hit them, then the rise in fertilizers, all this has caused several to stop their crops. Only in Jequetepeque (La Libertad) have several already closed their rice harvests, the situation has become complicated, I have experienced it firsthand,” narrowed down

In this agrees Amaro, who indicated that, in the face of low agricultural production, lFood will start to run out. “By not having fertilizers, productivity drops, with which there will be less production that enters the markets. This would cause prices to rise. We have to fight this as soon as possible”he asserted.

Along these lines, it is predicted that the price of rice, fruits, coffee, oil, sugar and, above all, chicken, will increase their costs significantly in the coming months. “From my own experience, I think that Peruvians will come out of this, we always come out ahead. But the prices are going to rise, there are already precedents that have arranged prices, now it will get worse”, Giron finished.

“There is something to worry about, but there is also something to take care of. We need a State that listens, that wants to work with the productive sector. And that it be dealt with with the diligence, transparency and urgency that is required at this time”, Gabriel Amaro said for his part.

Despite global alerts and expert diagnoses, Prime Minister Aníbal Torres assured that Peru will not suffer from food shortages or famine and made it clear that the government of the president peter castle is already working and “taking all measures” to avoid the food catastrophe that is being talked about in the rest of the world.

At a press conference after the this week’s session of the Council of MinistersTorres said that the Peruvians They will not be short of food because they are organizing a council of ministers to assess the country’s food security.

“Food insecurity is worldwide, it is said that there is going to be a general famine. But Peru is not going to suffer from that, because we are going to take all measures so that this does not happen. We will not lack what to eat. Soon we will develop a council of ministers dedicated solely to food security”I note.

World food crisis will not affect Peru, according to Prime Minister. Photo: Andean.

Meanwhile, the Minister of Economy and FinanceOscar Graham, announced this Saturday that the Government is taking measures to solve the problem of shortage of fertilizers and expressed confidence that the country is preparing to face the global food crisis.